Dinosaurs have a history of hundreds of millions of years. Many animals, insects, and creatures now have the characteristics of the dinosaur era. Lizards, mosquitoes, and crocodiles are all known as living fossils in the dinosaur period. The knowledge of dinosaurs is the object that paleontologists rush to study In order to unravel the secret room of living things, they are constantly discovering new codes of life. Today, I will talk about some characteristics of several dinosaurs.

Let’s talk about the characteristics of the dinosaur bird’s buttocks. The waist feature of the bird’s buttocks is that the intestines are greatly expanded before and after. The anterior side of the pubic bone has a large anterior pubic process that extends below the intestinal bone. The posterior side extends greatly and extends parallel to the ischium. Inferior to the intestine. Therefore, the pelvis is a four-shot type from the side, and it is divided into five categories: bird feet, stegosaurus, ankylosaurus, horned dragon, and swollen-headed dragon. 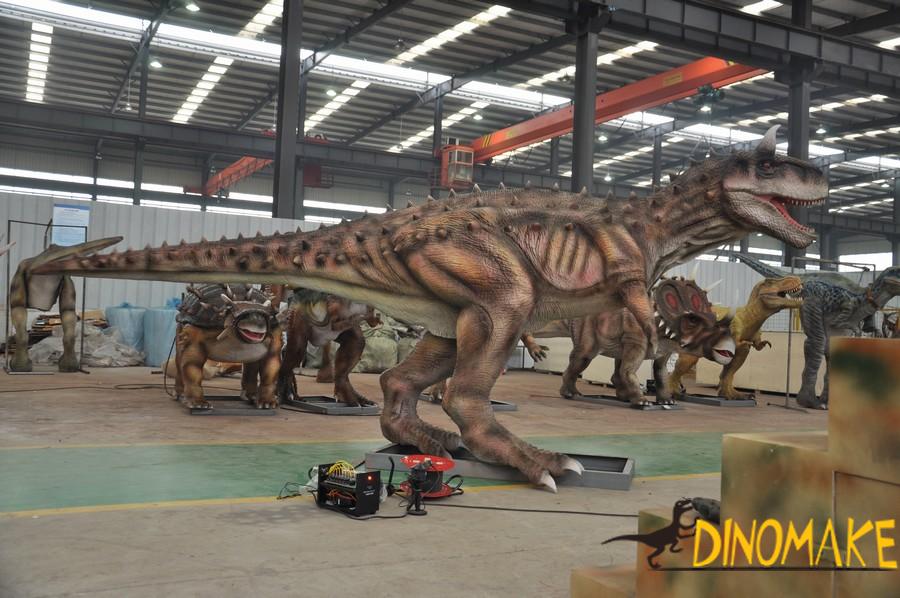 Stegosaurus walked on all fours, with upright bone plates on the back, and two or more pairs of bone stabsticks on the tail. Stegosaurus mainly lived from Jurassic to Early Cretaceous. It was the first dinosaur to perish. Big class. Its representative is the stegosaurus, which is believed to live on the plains, and was found in the Ken’s dragon in Tanzania. 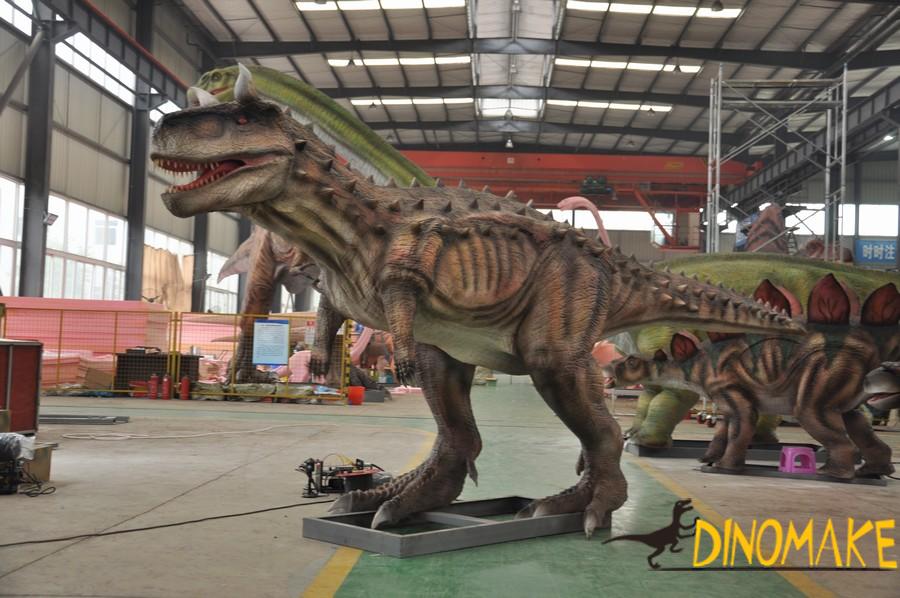 Ankylosaurus dinosaurs are low and stout, covered with bone armor, and feed on plants. They mainly appeared in the early Cretaceous, such as the Hailar dragons living in continental Europe, the spiny ankylosaurus living in the UK, and Baotouosaurus in the United States and Edmonto Dragon in Mongolia. animatronic ankylosaurus often appeared throughout the exhibition of animatronic dinosaurs. We now also have more than ten ankylosaurus of various sizes. Their characteristics are very obvious, with small spikes on their backs, flat body, and large knots on their tails to guard against the enemy.

Ceratosaurus is a four-footed vegetarian dinosaur with the skull extended to the neck shield and most of them lived in the late Cretaceous. The parrot-billed dragon found in northern China is a type of ancestor of the ceratosaurus. Triceratops and mellow herbivorous protoceratops, which are as famous as Tyrannosaurus Rex, belong to this type.

It is precisely because there are so many species of dinosaurs, and each species has various differences and their own characteristics, they will attract us so much, and stories and information about them will be endless.