The Animatronic dinosaur manufacturer‘s dream dragon, why is it said that the dragon is the dream man of the dinosaur manufacturer? The reason is very simple. The tyrannosaurus is a powerful dinosaur with the speed of raptors and the tyrannosaurus rex. It is a strange animal on the raptor. It was once mistaken for a crocodile and was later classified as a spinosaur. It is a dinosaur that lived in the early Cretaceous period. It is about 9 meters in length and is a carnivorous dinosaur. 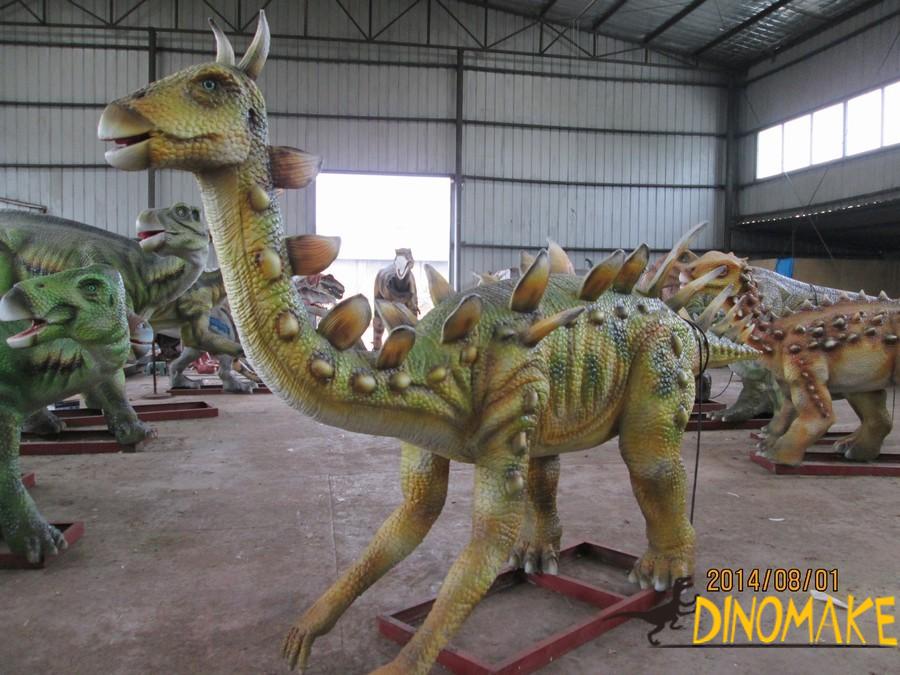 However, due to crustal movement or low excavation, the specimen of the dragon is incomplete, but the discovery of its skull has brought a lot of new information about the head structure of theropods, and its skull has become significantly narrower. The nose bone is particularly long. The maxillary teeth are quite straight, only one is slightly curved, with thin and grooved enamel, and the smooth condylar edge can be clearly seen. The large teeth at the front of the upper and lower jaws are larger than the remaining teeth in the mouth, and form a hoop-like The structure, which is similar to that of crocodile, suggests that the tyrannosaurus may feed on fish.