Many of the dinosaurs Mamenxiosaurus in Nanchang, Jiangxi are foreigners who have found their fossils abroad, but today this dinosaur I told you is of pure Chinese origin and its fossils Unearthed in China, it is the Mamenchisaurus. The long-necked dinosaur Mamenchisaurus is a plant-eating sauropod dinosaur that lived in China. They lived in the Jurassic period. They often traveled through dense forests. Their The average body length is under 22 meters. They walk on four feet. Their tails are thin and long. When they walk, the sound of their footsteps echoes in the sky. 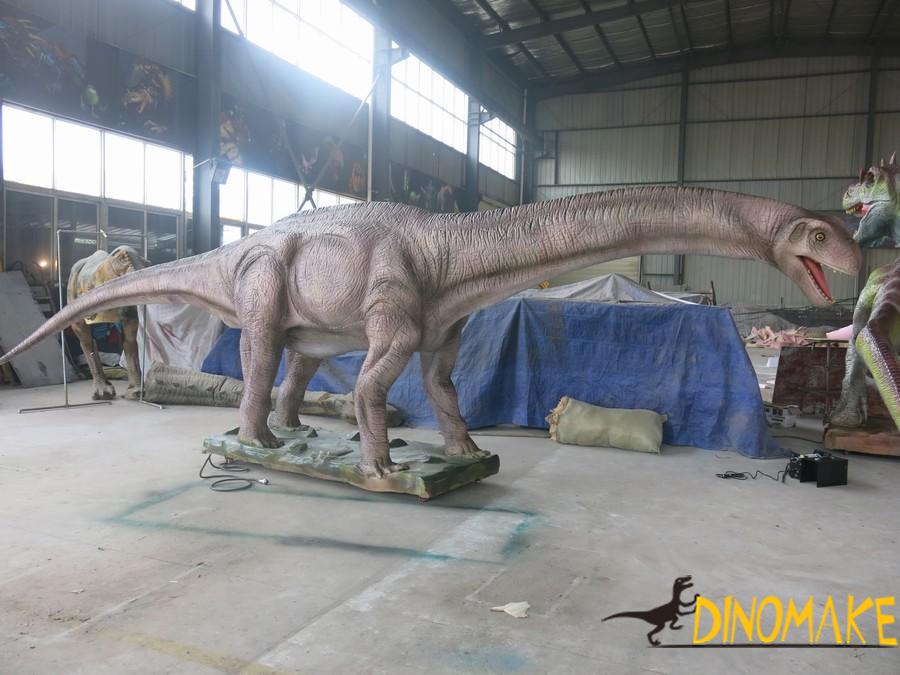 The Mamenchisaurus is about 22 meters in length. Its neck is particularly long, which occupies half of the total length of its body. Its neck can extend into a three-story window when it is known so far. The animal with the longest neck. The longest neck rib of Mamenxiosaurus can reach 2 meters, which is also the longest of all dinosaurs. In 2006, Xinjiang, China, discovered the largest Mamenxiosaurus to date, with a total length of 36 meters. Its appearance refreshed Historical records of dinosaurs throughout Asia.

Although Mamenchisaurus has a long body and neck, its head is very small, only about 65 cm in length, and it is not as large as a spine. Its skull is also very light. From the perspective of its body, Mamenxi Dragon’s body looks like an arch bridge when it reaches the ground. Mamenxi Dragon has a life span of more than 20 tons, but because of its very long neck, it still looks slim.

Although Mamenchisaurus has its own way of survival, its body is very strong, but when the dinosaurs died in the late Jurassic, the life of Mamenchisaurus also came to an end, and their huge bodies were sealed in the earth In. This magical species has since completely disappeared from the earth. But since 2000, we have continuously produced more than 20 large-scale animatronic Mamenchisaurus models. These Mamenchisaurus are very popular and play a significant role in the animatronic of dinosaur exhibitions.