There is a dinosaur model in the lease of animatronic dinosaurs that often let everyone rush to lease first. Let’s first understand the basic knowledge of this dinosaur. Eurasaurus Latin (eoraptor). Eurasaurus survived in the Late Triassic. Its fossils were produced in Argentina. Its body is very small, about 1 meter long, and it is a carnivorous dinosaur. Among the many dinosaurs that have been found, Stegosaurus is the most primitive one. It is the oldest dinosaur to date. It lived on this land 230 million years ago. Paleontologists named it = Inferior Dragon, compared to Chierella Dragon, Inferior Dragon is just like a cat compared to a tiger, because it is only about 90 cm in length and weighs only a few kilograms. The teeth are like slotted steak knives, similar to other carnivorous dinosaurs; but the front teeth are leaf-like, similar to other vegetarian dinosaurs. This feature indicates that it is very likely that Stegosaurus eats both plants and meat. Based on the skeleton fossils of Stegosaurus, we can quite clearly know that it is a theropod carnivorous dinosaur that mainly relies on its hind legs to walk, but it is also likely to be used with hands and feet from time to time. 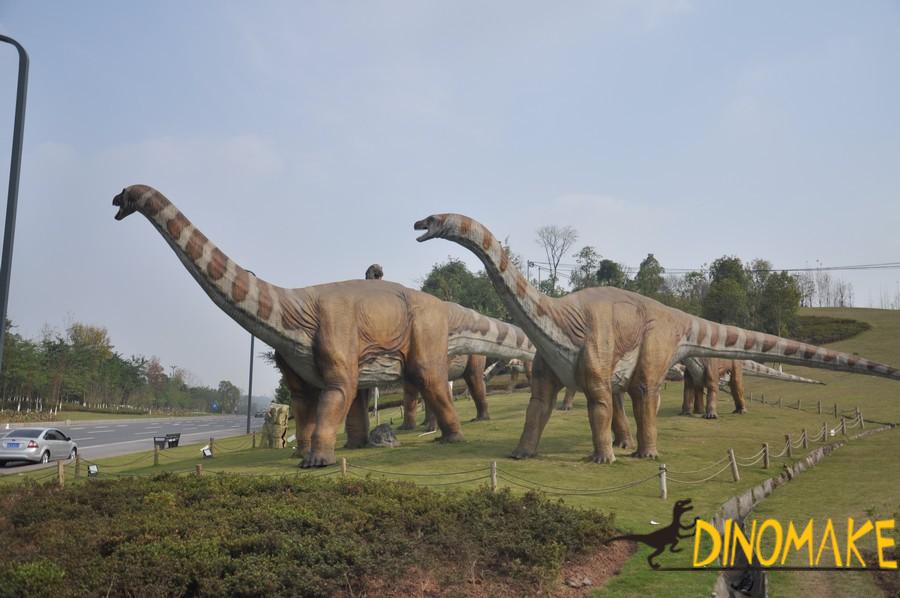 The jagged teeth of the Emperor Stegosaurus model have no doubt shown that it is a carnivorous dinosaur, and it has hands that are good at catching prey. The fossils of the forelimbs of the Emperor Stegosaurus can be inferred that Capable of catching prey of similar size. Some characteristics of Beastosaurus prove that it is one of the earliest dinosaurs on earth. For example, it has five fingers, and the fingers of the carnivorous dinosaurs that later appeared gradually decreased. At the end, large carnivorous dinosaurs such as the Tyrannosaurus Rex appeared with only two fingers, but there are some characteristics that are similar to those of the Era. The pull dragon and all kinds of carnivorous dinosaurs that appeared later are the same. The emperor dinosaur in the animatronic dinosaur rental does not have some additional connection devices like vegetarian dinosaurs in the middle of the jaw. Its pubic bone is not particularly large. The emergence of Stegosaurus and Herrera dragons in the Late Triassic represents the dawn of the dinosaur era.