The animatronic Ankylosaurus dinosaurs were made according to the  Ankylosaurus lived in the late Cretaceous period from 66.5 million to 65.5 million years ago. Although no detailed fossils of the Ankylosaurus were found, they have become the prototype of the armored dinosaurs for the general public. 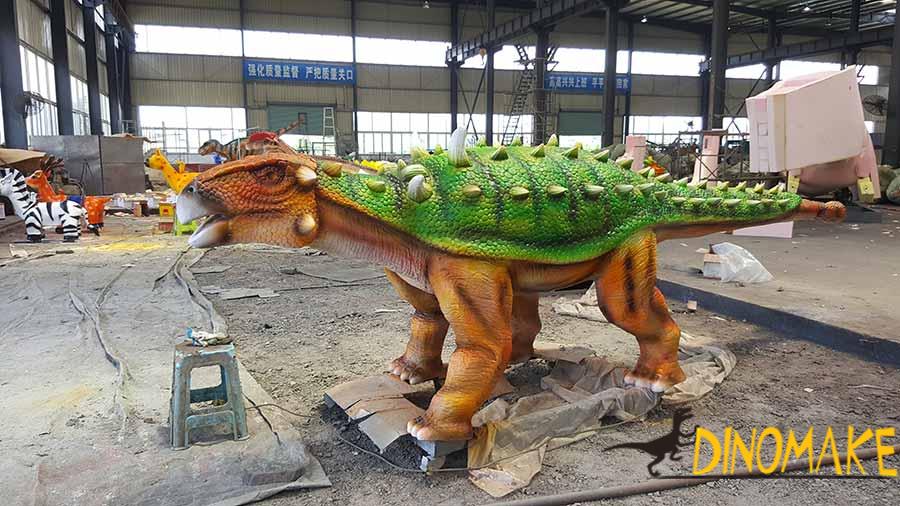 Compared with the vast majority of small land animals, the fully grown dinosaur is still a very large and medium-sized small animal. Its body length is about 8 to 9 meters, and its net weight is estimated to exceed 6050 kg.

Its body shape is flat and wide, and it can walk on four legs. Its hind legs are longer than its front legs. The skull is flat and trilateral, and its total width exceeds its length. Ankylosaurus is a small herbivore with small and medium-sized incisors in the shape of leaves, suitable for chopping green plants. 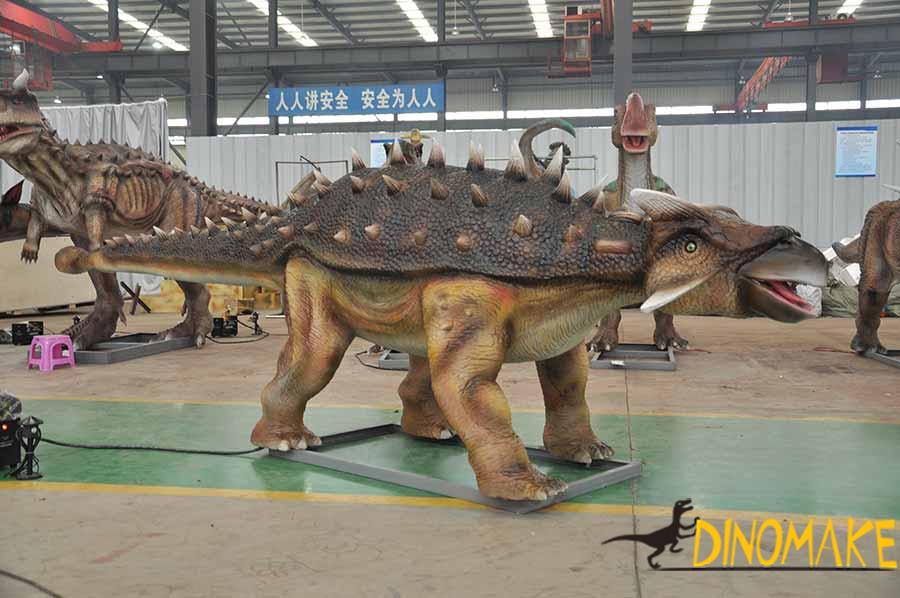 To animatronic dinosaurs to make a methylosaurus: 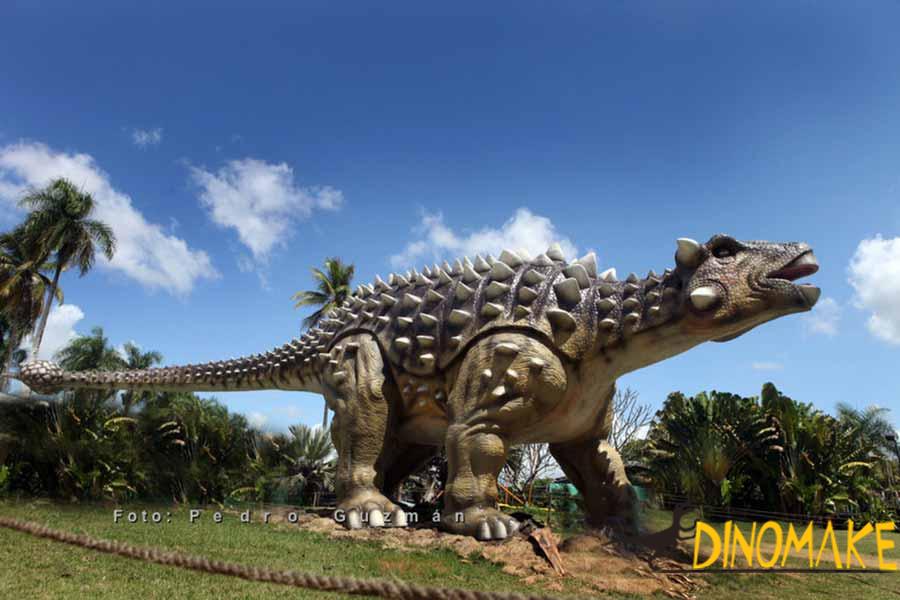 What’s more, the most remarkable feature of the artificial dinosaur is its armor, including the solid package and deck, which is placed on the skin. Similar armor can also be found on crocodiles, armadillos, and some lizards. A hard cuticle covering the armor. The deck is arranged in a row at its head, neck, back, and bottom, while the small and medium-sized parcels maintain the clearance between the large and medium-sized decks. The smaller decks are on the hands, feet, and tail. On both sides of the dog’s tail, raise a row of flat and triangular spikes. 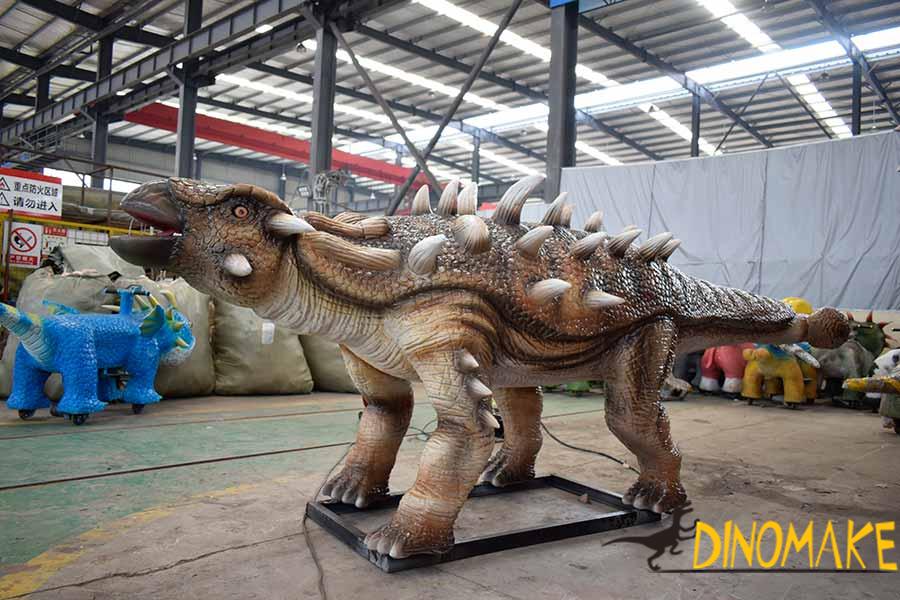 The thick tendon connecting the coccygeal vertebrae is also stored in the whole process of animal fossilization. This tendon is a part of hyperosteogeny, which is not easy to bend and can transmit energy to the tail. Tail mallet is an active maintenance weapon that can cause a blow to the attacker’s bones.