The death of a dinosaur depends on four dominoes

1.The first domino-an asteroid hits the earth
According to scientists’ computer simulation experiments, the energy of the asteroid impacting the earth at that time was equivalent to 7 billion times the power of the Hiroshima atomic bomb explosion, followed by earthquakes and tsunamis, and volcanic eruptions.
The impact of the asteroid also affected the crust, which triggered an earthquake and a large-scale volcanic eruption. However, these disasters are like you still have a stone in the water, coming and going fast. This wave took away a large number of dinosaurs, but most of them survived.
2.Second domino-reduced energy
In the decades after the asteroid hit the earth, a large amount of dust and volcanic ash permeated the entire atmosphere, and the earth covered the sky. Because the sun’s energy is not available, a large number of plants cannot perform photosynthesis, and the number has decreased sharply. Herbivores lack energy and are declining. The number of carnivores is gradually decreasing because they cannot obtain the energy of herbivores.
During this period, large herbivores were extinct first, followed by large predators, and thus large dinosaurs became extinct. 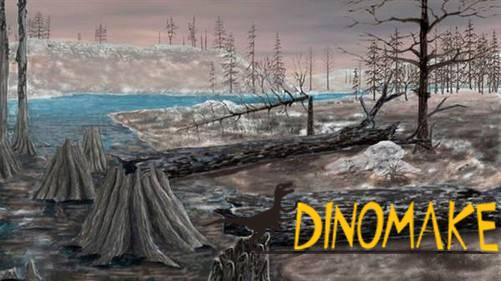 The death of a dinosaur depends on four dominoes

3.The third domino-competition of species
Decades later, the earth ushered in light, and it was full of waste. But there are still too many dinosaurs surviving, and the rate of energy growth is not yet keeping up with the speed required by the earth. The dinosaurs did not give the plants a chance to breathe, and in order to survive, they just looted when they had just sprung up. For tens of thousands to hundreds of thousands of years, plants and dinosaurs have been dragged. The bigger dinosaurs were screened out again and again.
4.Fourth Domino-Natural Selection
With the growth of plants and the extinction of dinosaurs, the earth slowly balanced. In this process, the earth is no longer the original earth, and most dinosaurs have also lost their tracks. There are only a few smaller dinosaurs. In order to adapt to the new environment, after a long period of evolution, dinosaurs have long disappeared. This process lasted for millions of years, at which point all dinosaurs became extinct. 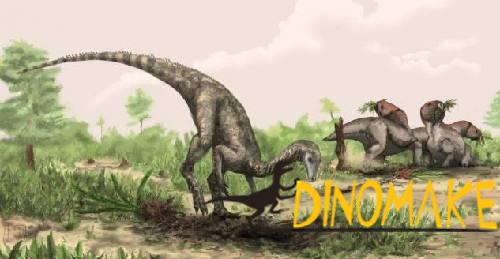