T-rex Bust Statue For Mounting On The Wall 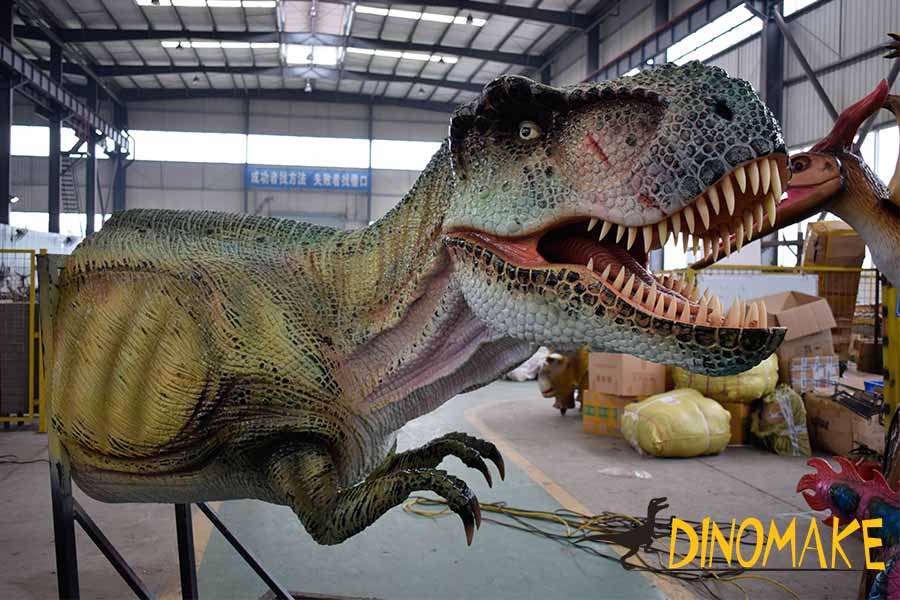 Some people like to mount animal heads on the wall for decoration. We are getting used to seeing the heads of deer, bull, wolf or lion mounted on the wall. 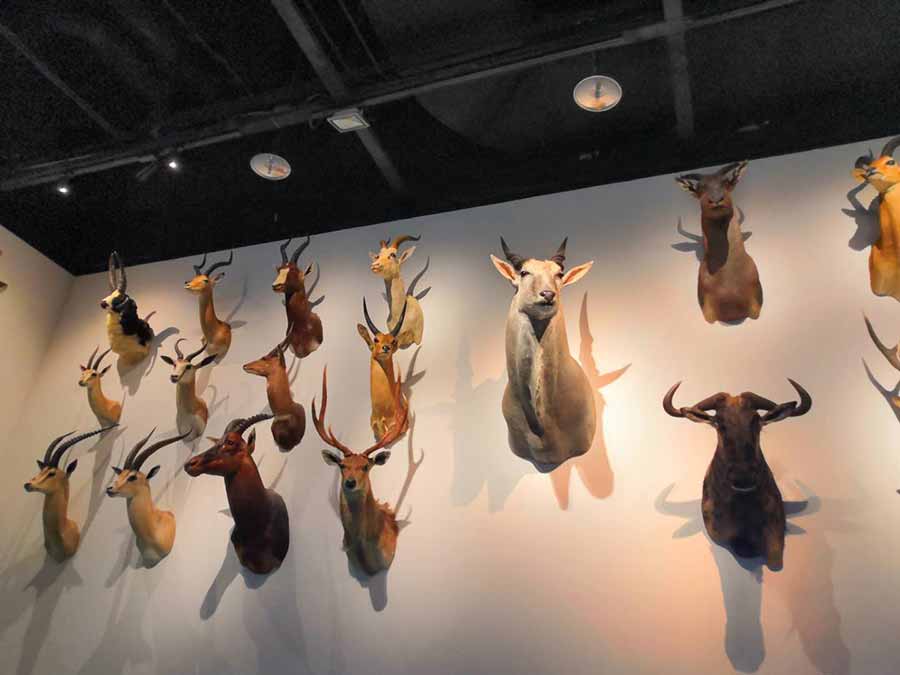 Animal heads mounted on the wall

But, did you had seen any dinosaur head mounted on the wall?

I think people rarely see it. Because all the dinosaurs were extinct in about 60 million years ago. Even their fossils are rare that only a few personal collectors have some dinosaur fossils, let alone the dinosaur head.

In fact, a few dinosaur theme parks, restaurants had used it as a decoration. 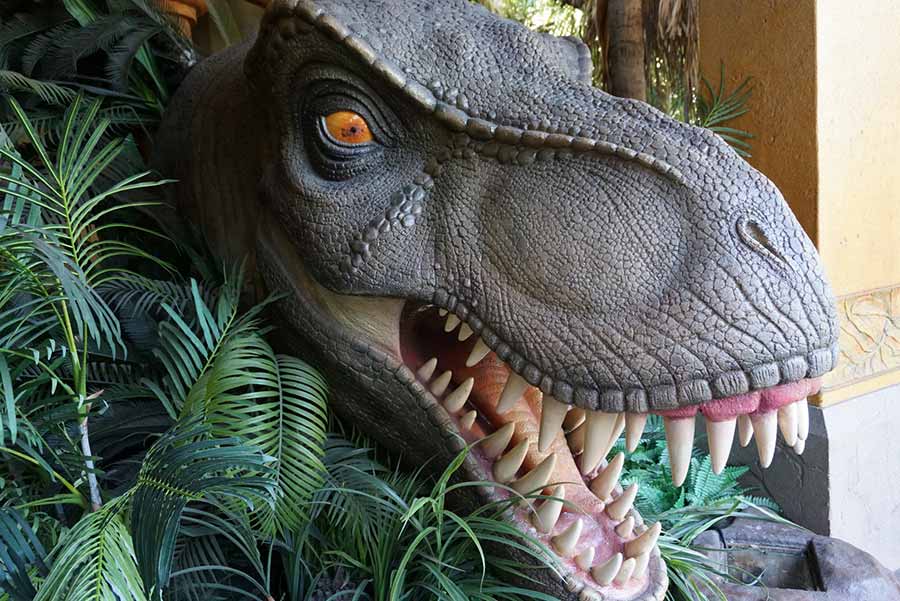 T-rex head in a theme restaurant 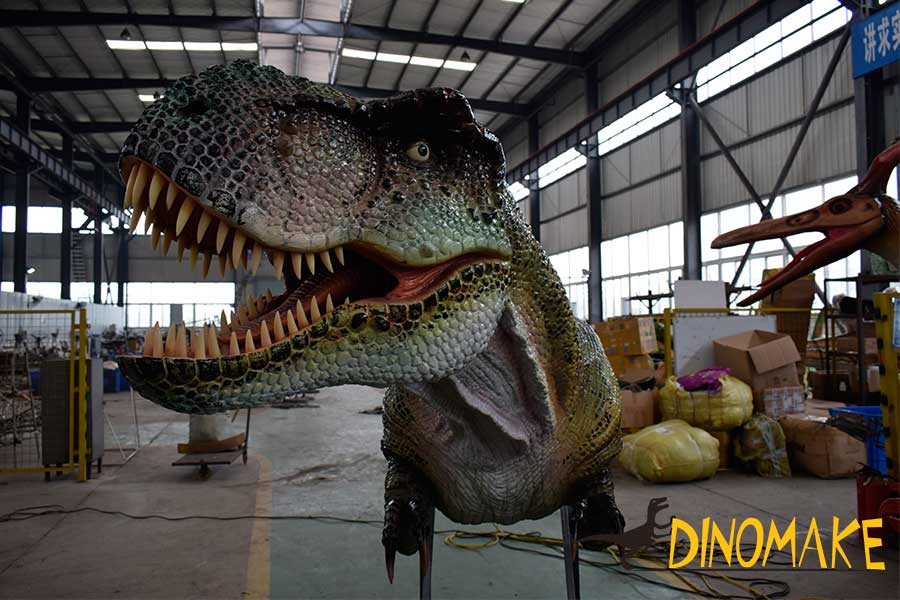 T-rex statue for mount on the wall

It is very realistic that there are scars on the skin. 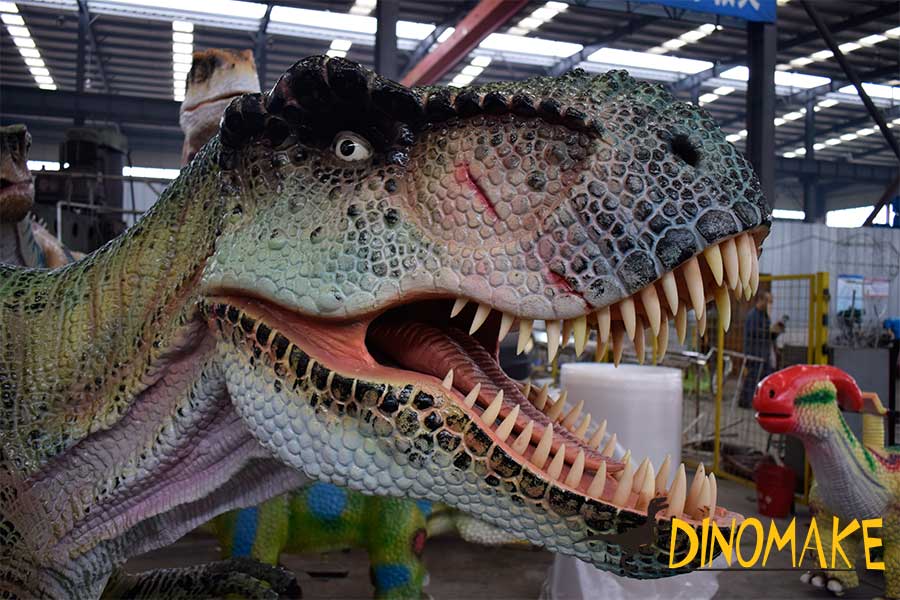 Besides, the t-rex bust statue is dynamic.

Video of the the animatronic t-rex bust statue

It can make motions like—eyes blinking, mouth opening, head moving, etc. And, it will make the dinosaur voice when opening the mouth. It is well pre-programmed that the voice perfectly fits the motions.

The client who bought the t-rex bust said that it is amazing to have such an animatronic t-rex bust in his shop. It attracted a lot of people to his shop and effectively improved his business.

We can also provide other customized animatronic bust statue. Please feel free to contact us when you need our help.