The pterosaurs that dominate the sky. They are the tyrants of the sky. They are omnivorous dinosaurs. They eat meat and fruits. The evolutionary branch of a flying reptile. They lived from the late Triassic to the late Cretaceous and were the first type of vertebrate to actively fly. The pterosaurs have a very large difference in their shapes. From their childhood, they are forest-winged pterosaurs that support the largest flying animals that have ever appeared on earth. They are not dinosaurs, but are close relatives of dinosaurs. We have more than 10 Guan Guang pterosaurs in stock, of various sizes, such as 3 meters, 4 meters, 5 meters, etc. The pterosaur’s cerebellar blades are quite developed, and their mass accounts for about 7.5% of the brain mass. The highest proportion of vertebrates is currently known. In contrast, the cerebellar lobes of birds that are good at flying only account for 1% to 2% of their brain mass. We all know that the cerebellum controls balance, which also explains why pterosaurs were able to Dominate the sky.

Pterosaurs have existed for more than 100 million years, are the hegemons in the sky, and hold many types. The oldest known pterosaur specimen is now found in Bergamo, Italy. It exists in the late Triassic and has a few primitive features, such as a long tail and a short neck. These features have disappeared in the pterosaurs that appeared late. The true double-toothed pterosaur is one of the earliest pterosaurs flying to the blue sky. Its skull is composed of light and dense bones. It is very light. The jaws of the straight double-toothed pterosaur are only as short as a human finger, but Among them are more than a hundred teeth crowded, and the true double-toothed pterosaurs use wings made of tough membranes to glide. Its forelimbs were very long, forming wings with the extended fourth phalanges, the membranes and muscle bundles covering the wings extended from the wings to the hind limbs, and its strong chest and forelimb muscles allowed it to glide for a long time, so it became the sky at the time Overlord. The pterosaur is the most representative one in the animatronic dinosaur exhibition. No matter whether it is small or large, children can say their names. 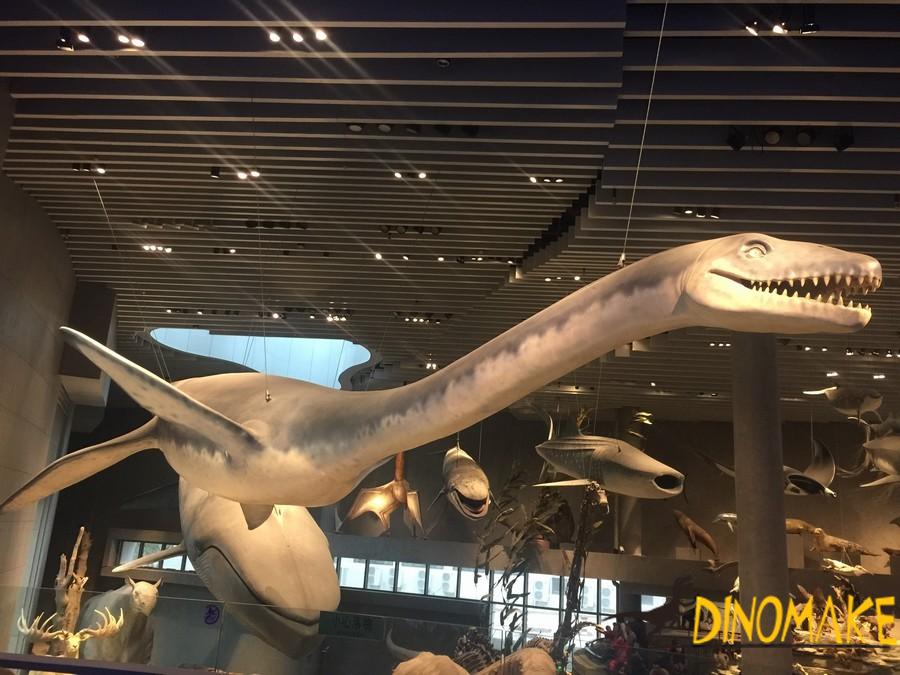 Fengshen Pterosaur’s mouth is long and thin, and there are no teeth in the mouth; the front of the beak is not sharp, but blunt; the anterior orbital foramen is very large, accounting for almost half of the skull’s full length, and its neck is very long, reaching 2 Mido, at the same time, Aeolus pterosaurs have long legs, which have the effect of balancing huge heads.

Pterosaurs were the earliest vertebrates that could fly, but some people suspect that it is just a vanity and can only glide in the sky. However, the latest research shows that due to the well-developed neural tissue in its brain that handles balance information, pterosaurs can not only look like It flies like a bird, and is likely to be a flying expert.