Frilled dragons as terrifying as Tyrannosaurus

The Sahara Desert in the early Cretaceous period, 95 million years ago, was an oasis. There are many broad rivers, and the climate is warm, and the giant crinkled dragon lives in this area. Folding dragons are theropod carnivorous dinosaurs that lived between 99 and 93 million years ago.

Ruffled dinosaur is a medium-sized carnivorous dinosaur with a body length of 8 to 10 meters. The height of the hip is 2.6 meters. The head has a layer of nails, and there are many blood vessels on the scales and other bones. There are 7 holes on each side of the head. Unknown scientists assume that these holes may support some kind of crown decoration or horns before its death. The role of these crown decorations or objects has also caused scientists to speculate. . One view is that when the mating season comes, male corrugated dragons will contaminate the meat crown and make it bright, thus showing off to the opposite sex. Another view is that the meat crown can be used to regulate body temperature, and different temperatures will show different colors on the meat crown. 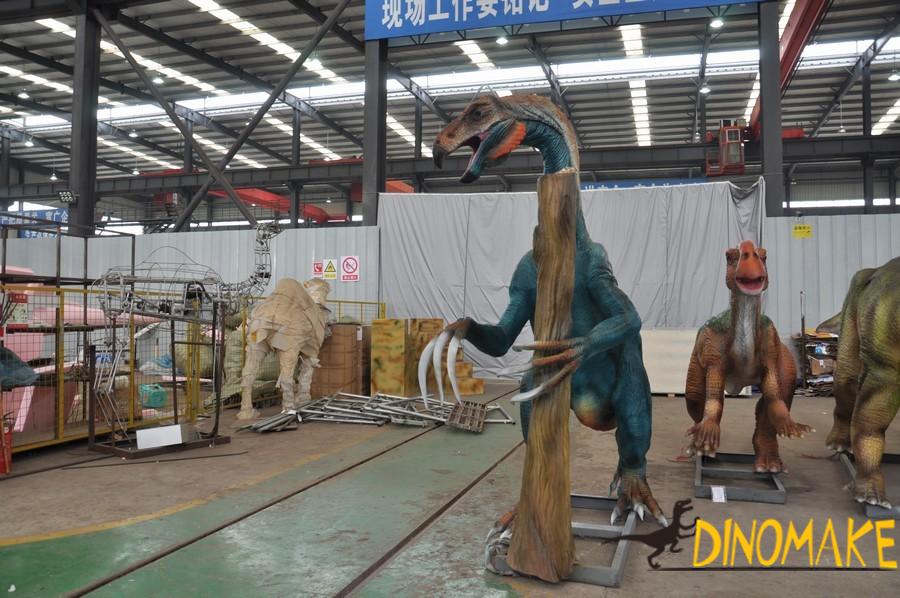 Frilled Dragons As Terrifying As Tyrannosaurus

Like other Abelian dragons, Folded Dragons have very short arms and are very inconsistent with their large body, so they may not play a role in combat. Its arms may be used to balance the body. Its entire body is very slender, its body shape is very fit, and its hind legs are long and powerful, allowing it to run at a faster pace.

The true value of the Farnan fold dragon is that it provides strong evidence of continental plate drift, and its fossils tell us that the African plate was separated from other continental plates later than we previously thought. How did scientists reach this conclusion? It turned out that paleontologists once assumed that there is a single supercontinent in the world, the Gondwana ancient land, which is composed of current South America, Antarctica, Africa, India and Australia, and gradually separated 120 million years ago. However, 95 million years ago, the wrinkled dragons belonging to the class of Abelionosaurus were similar to the Abelionosaurus found in Patagonia, Argentina, and the monarch skull dragon found in Madagascar. Imaginary contradictions; if the Gondwana continent separated 120 million years ago, the dinosaurs in these different regions would have changed greatly in physical structure because of geographical isolation, and would not be so similar.

Therefore, this shows that the land of Africa, South America, India, and Madagascar did not separate until 100 million years ago, which was estimated to be 20 million years later.