The animatronic brachiosaurus in the animatronic dinosaurs is a large dinosaur. They lived in the late Jurassic century. The longest can reach 26 meters in length, 13 meters to 16 meters in height, and weigh tens of tons. The front legs of the large dinosaur Brachiosaurus are taller and much longer than the hind legs, which can help them support the weight of its super-long neck. Due to the shoulders rising, the entire body of the brachiosaurus tilts along the shoulders, and the brachiosaurus shoulders It is about 6 meters above the ground, and whenever it raises its head, it is about 12 meters above the ground, so that they can forage branches and leaves of high treetops. The noses of long-necked dinosaurs such as Brachiosaurus, Thunder Dragon, Liang Liang, etc. all grow on the top of their heads. Of course, it is easy for such tall animals to eat the branches and leaves of tall branches. 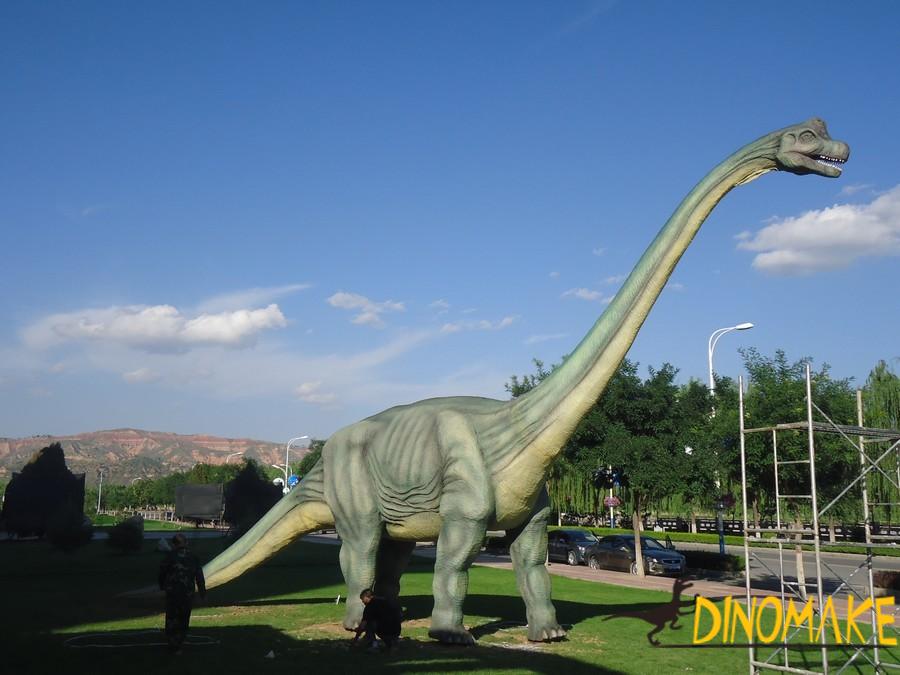 Like other giant phytophagous dinosaurs, Brachiosaurus also has a small neck with an open neck. The mound on the top is its nose. Our large animatronic dinosaur brachiosaurus has a huge body, long neck, and long tail with a small head. Brachiosaurus has a huge, strong heart that continuously pumps blood from the brachiosaurus’ neck to its cerebellum. Some paleontologists even think that it may have several hearts to pump blood through its huge body. Brachiosaurus eats the young leaves on the treetops, and other herbivores are enough. 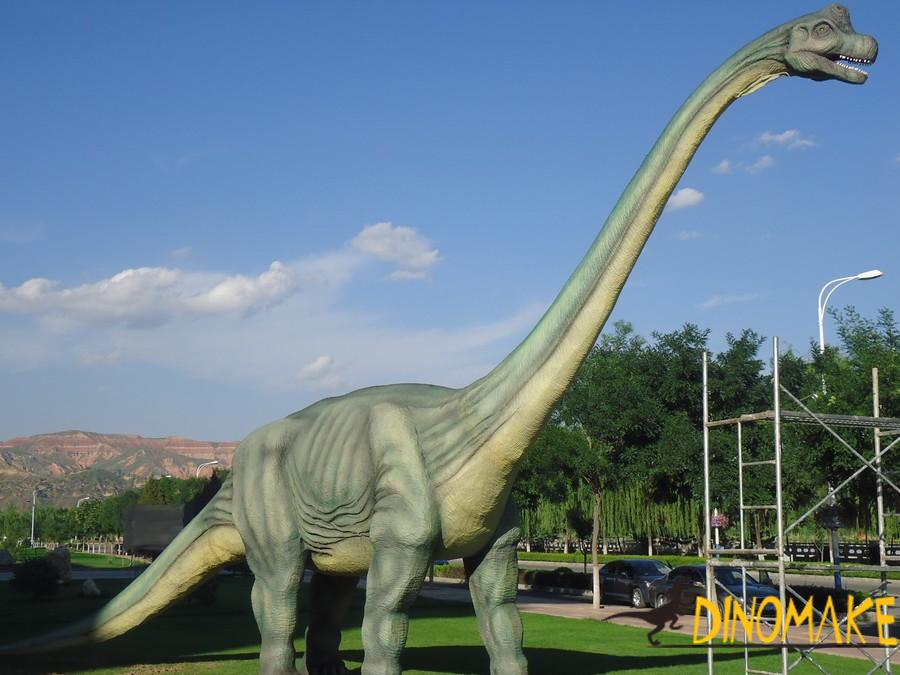 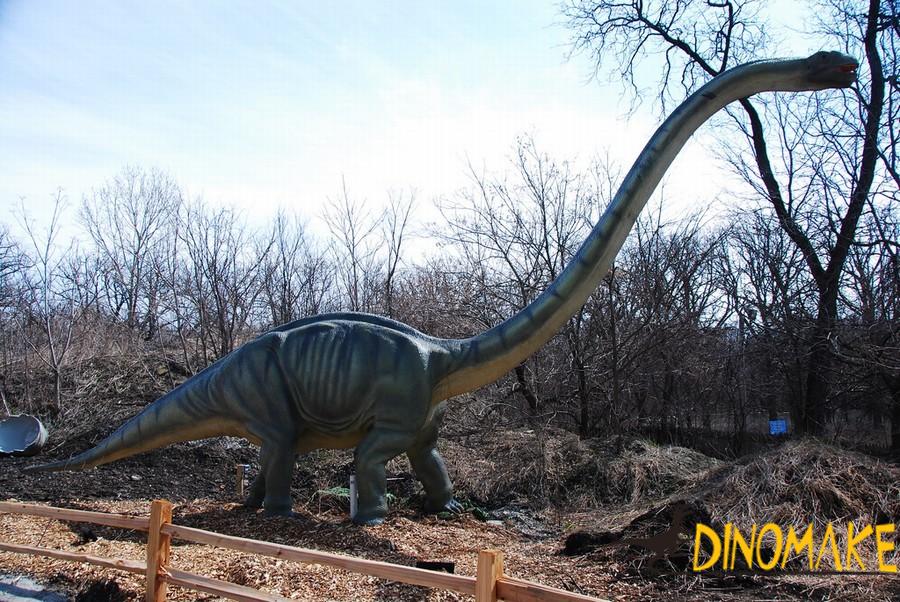 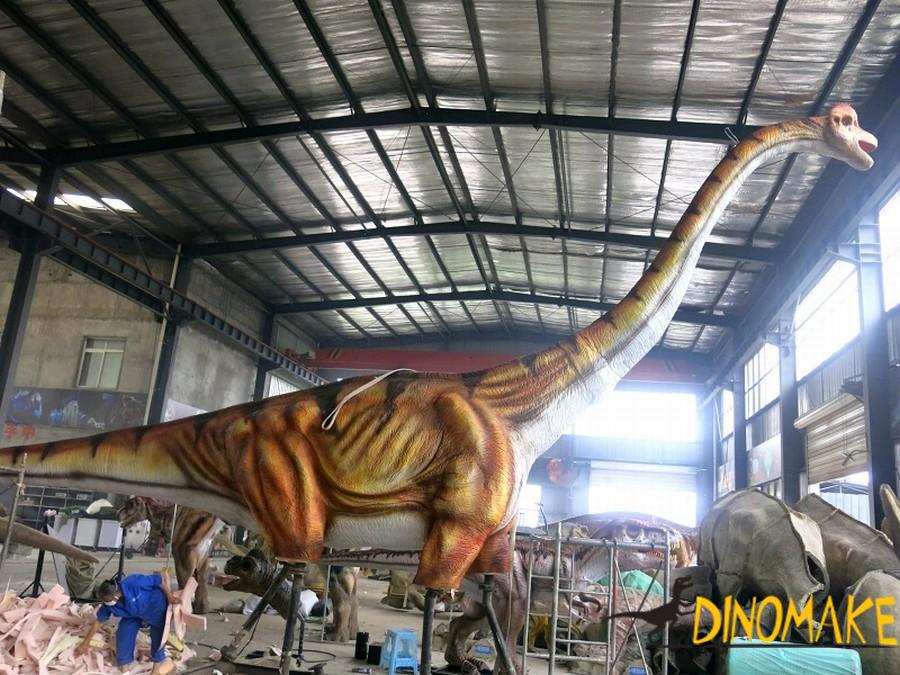