An unfamiliar animatronic dragon, in order to understand the animatronic dragon, it is necessary to understand the life habits and characteristics of the dragon. The dragon is a powerful predator. It is 9 to 12 meters long, 2.6 meters long, and has a body size of 3.2 Ton, it has one foot as big as a washbasin. Wild dragons lived in the late Jurassic Period and are carnivorous theropod dinosaurs. Fossil dinosaur fossils were discovered in a quarry in Colorado in 1971. The dinosaur fossils found at the time included humerus, skull, and ischium. 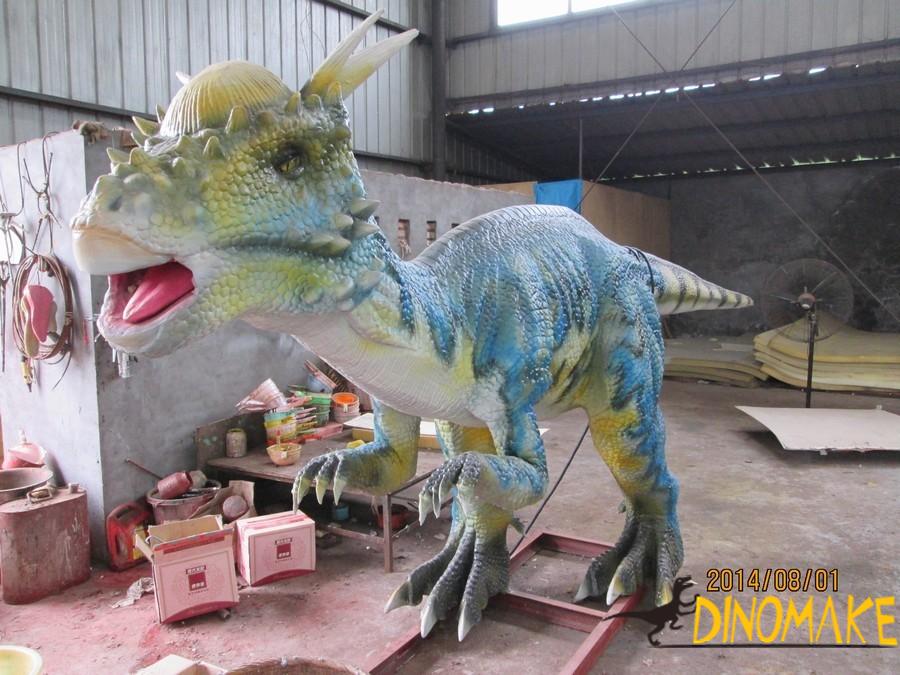 Scientists have discovered that the tyrannosaurus relies on strong legs like the Tyrannosaurus Rex, compared to its shorter forearm, but it has a powerful weapon, that is, huge thumb claws and large sharp teeth, both of which have Strong bite force. The savage dragon has an S-shaped neck and a long tail to maintain balance when walking on both feet. The savage dragon has a thick body and strong bones. In the exhibition of animatronic dinosaurs, there are much fewer animatronic wild dragons than other familiar dinosaurs.