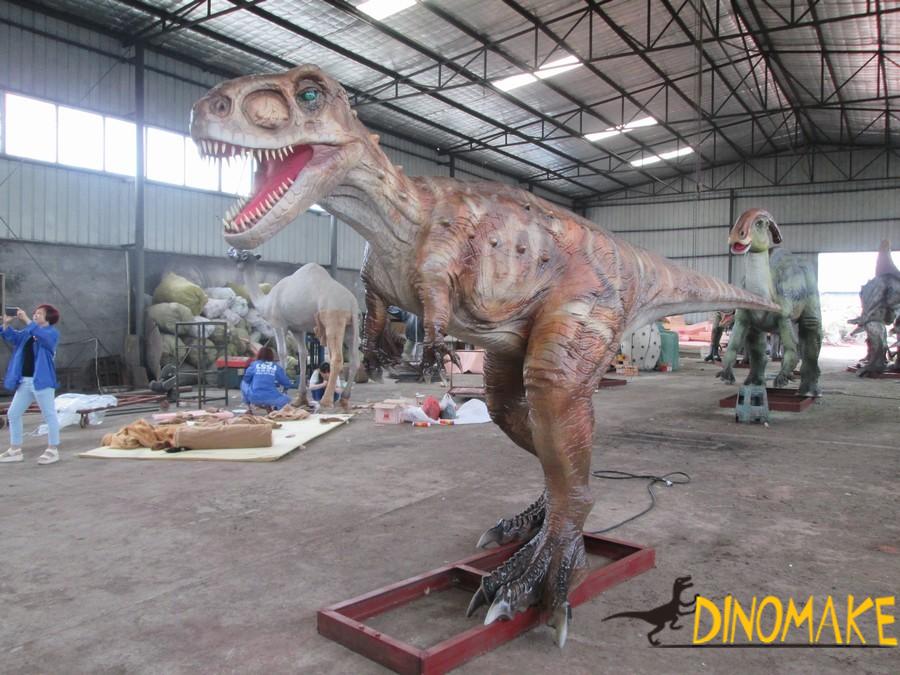 The animatronic tyrannosaurus may have originated in Europe or North America in the late Middle Jurassic, and then began to spread. According to some paleontologists, it was proved that the early tyrannosaurus was smaller in size and originated from small osteosaurids. In the Early Cretaceous, Tyrannosaurus began to develop rapidly. Typical species include the tyrannosaurus on the Isle of Wight in the United Kingdom and the imperial dragon in western Liaoning, China. They represent the primitive type of tyrannosaurus. We also have more than 10 animatronic Tyrannosaurus.