Ceratosaurus with long horns on nose

There is a dinosaur called Ceratosaurus in western North America. They lived in the late Jurassic 150 million years ago. They are a theropod carnivorous dinosaur. Its length is generally 5 meters to 6.5 meters. .

From our appearance, Ceratosaurus is not much different from other carnivorous dinosaurs. It has a huge head, short-bladed teeth in its mouth, and 3 teeth in each anterior maxilla. The maxilla has 13 to 16 teeth; each tooth bone has 12 to 16 teeth. With so many teeth, it can easily penetrate the skin of other dinosaurs. I think it is only ankylosaurus. There is a short horn above the nose. The nasal horn is formed by the bulge of the nasal bone. There are also similar short horn protrusions in front of its two eyes. The angle of the horned nose dragon is not large, but it is enough for it to observe. Change to the surrounding environment and become a very good predator. 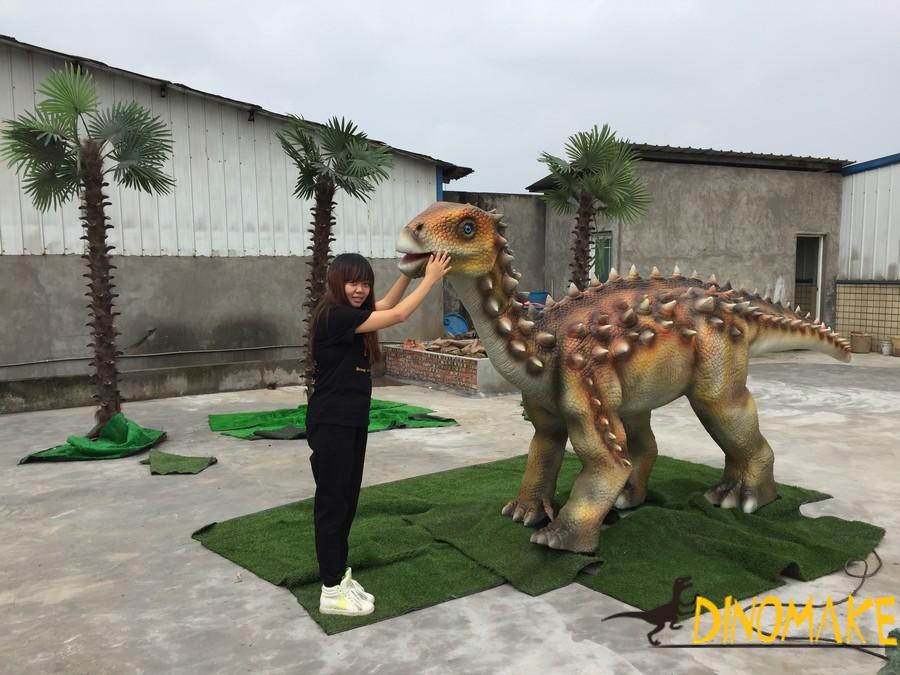 Ceratosaurus With Long Horns On Nose

Ceratosaurus lives in the same era and region as Allosaurus, Manosaurus, Confused Dragon, Diplodocus, and Stegosaurus. Its size is smaller than other dinosaurs, so if it is alone, it is not particularly advantageous. Therefore, Ceratosaurus is often considered a group of predators, because only then can they survive the fierce struggle for survival. Ceratosaurus swims in swarms between the vast land and canyons to hunt larger animals, such as the herbivorous Parmen Creek dragon. Of course, they also eat rotten food when food is scarce, which is also proved by the fossils discovered by scientists.
Now that the word “horn” is mentioned in its peculiar name, naturally it has to talk about the horn on its nose. Some people think that this short horn plays a certain role in the battle for adult dinosaurs. However, some people think that their short horns may not play a large role in the battle, or they may only be used as decorations or gender. feature. The emergence of ceratosaurus has broken the preconceptions of scientists. It is not only phytophagous dinosaurs that have horns. It turns out that carnivorous dinosaurs also have horns. As for what its horns do, we have yet to discover.