The most famous Animatronic dinosaur Stegosaurus

Stegosaurus lived in the late Cretaceous period. The Latin name was Pstegoceras. The food was plants, leaves, buds, shrubs, etc. The body length was about 2 meters. The distribution area was in North America. Stegosaurus was not a horned dragon but a foot of the late Cretaceous. The swollen-headed dragon is the American swollen-headed dragon that most people know now. It has a body length of about 2 meters and a height of about 1 meter, and weighs about 60 kilograms. This dinosaur has a relatively large brain and a small bone spur is distributed around the top of the head. Male stegosaurus heads are larger, probably because males often use their heads to fight.

Don’t look at the presence of the stegosaurus, but it is not a messy guy. This bipedal herbivorous dinosaur comes from an unusual family-the swollen-headed dragon family. Their common feature is that they have a round and thick bone on their heads. The cranium is semi-circular and is composed of many small bones. It covers its eyes and back neck. This bone follows the age of the stegosaurus. The increase of the thickness also becomes thicker and larger. Some scholars found that the skulls of some stegosaurus were thicker than others. Scholars believe that this is the head of a non-male stegosaurus. The thickness of the skull of a male stegosaurus reaches 6 cm. It is as thick as two mobile phones. The thickness of the skull is 6 humans, and it is a powerful weapon for any enemy who invades its territory.

The most famous animatronic dinosaur Stegosaurus from the swollen head dragon

The bison on the African grassland will also fall to the ground if it collides with its swollen dragon. They are group animals like the bison, but they are smaller and more flexible. They can change their angles while running and give the enemy a fatal blow. They have a second attack before the enemy has reacted.

At present, the animatronic dinosaur rental company has two 3-meter-long swollen-headed stegosaurus. Both of them are male stegosaurus. They are usually displayed and leased together. When setting up, we often put them in a fighting form. Improved the viewing, and let everyone know more about the life characteristics of stegosaurus. 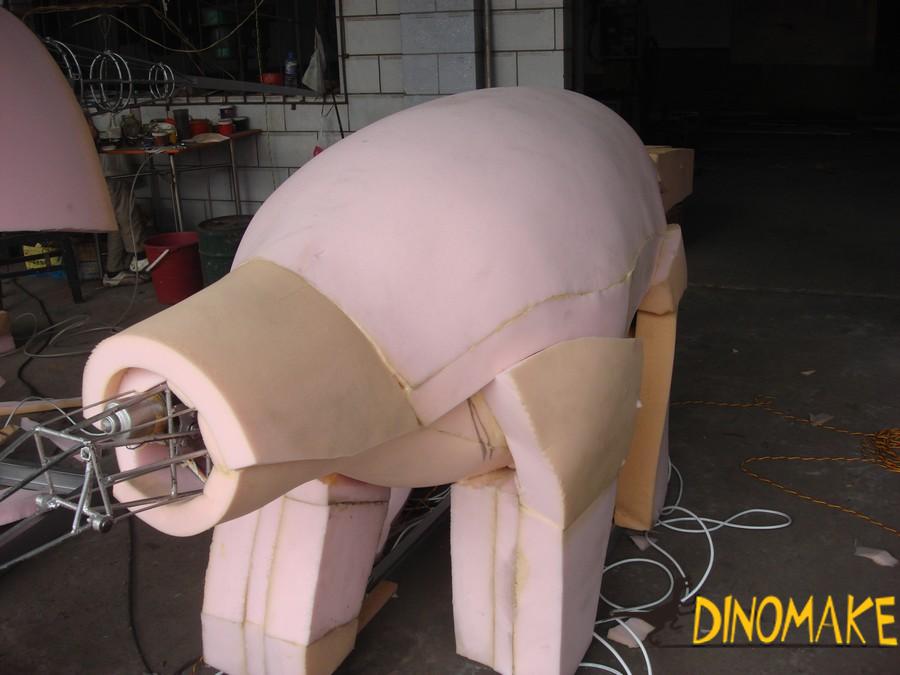 The most famous animatronic dinosaur Stegosaurus from the swollen head dragon