There is a dinosaur. It is only one word apart from the whale, the largest marine animal on the planet, but it has nothing to do with whale. It is a whale, which is a herbivorous dinosaur that lived in the Jurassic period. They Living between 160 million and 180 million years ago, whale dragons were more than ten meters long, similar to Mamenxi dragons and Liang dragons. Whaleosaurus is a kind of dinosaur who likes to live in the sea. Listen to its name and know that it has a close relationship with the sea. In the middle of the Jurassic period, the Isle of Wight in the United Kingdom was still an ocean. Therefore, the discovery of whale dragons believed that whale dragons lived in the sea like whales, but later studies have shown that whale dragons live on land. A kind of creature, except that they are more living on the seashore.

The sun just woke up from the sea level, and a group of whale dragons slowly walked across the sea on a shipwreck while flying over a group of unknown birds. The sound of the sea water hitting the rocks and the whale dragon’s low roar seemed to be transmitted across the sea. They left their footprints on shipwrecks. These footprints were thick and deep. Whalosaurus was also the first sauropod dinosaur to be discovered, but when it was first discovered, there was no “dinosaur” in the world. The name was coined by paleontologists who studied dinosaurs. Other dinosaur names are named after their fossils came out of the land, some are named after their physical characteristics, and some are based on their living environment and habits, and the names of the people who discovered the fossils. 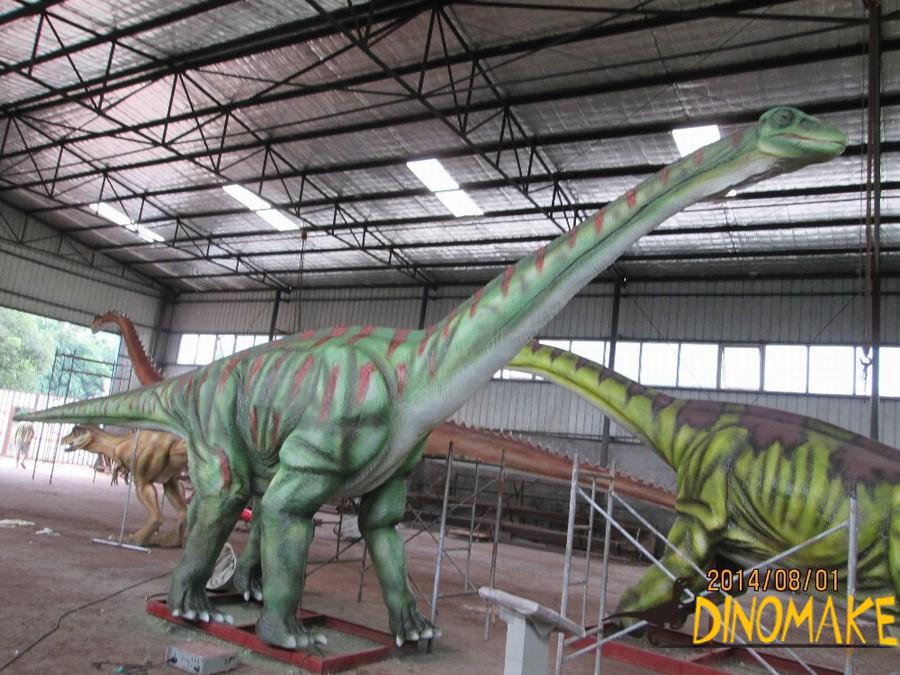 The body of a whale dragon is very large, and it is about the same size as the whale that lives in the ocean. The whale dragon in the animatronic dinosaur exhibition is generally about 15 meters. Its weight is equivalent to six adult elephants, and its limbs and spine make up a considerable part of his weight. Adult whale dragons are generally about 15 to 19 meters long. Their limbs are thick, but the hind bones of their legs are 2.5 meters tall, which is higher than an adult man. The forelimbs of whale dragons are also almost as long as the hind legs, so paleontologists speculate that whale dragons are a kind of dinosaur that walks on four limbs. At present, paleontologists have not found complete whale dragon fossils, so there is no way to understand their head size and structure. The whale dragon’s neck is very long. They rely on the teeth of a plant to tear off the leaves of plants This is like cattle and horses in real life. The whale’s neck is too inflexible because it is too long. Their favorite food is probably the low fern and some small trees and leaves.