The largest carnivorous dinosaur in the world

Spinosaurus is the largest carnivorous dinosaur in the world and the largest theropod dinosaur. The Europeans call it a spiny lizard. They lived from 144 million to 65 million years ago. The late Cretaceous Africa is widely distributed For example, Mohege, Libya, Egypt, Tunisia have all seen their fossils. The first fossil of the Spinosaurus was unearthed in Egypt. The spinosaurus skull is a bit long, about 1.77 meters, and is a bit low. It looks like a dragon. The spinosaurus has a narrow snout, a large front end, and a small protrusion in front of the eye. It has a mouth. Overgrown with pointed cone-shaped teeth, the length of some teeth can reach about 13CM. We now have thorn-backed dragons of various sizes. We have a 7-meter thorn-backed dragon in Changqing. This dinosaur is produced according to the comparison of fossils unearthed in Egypt. People stand in front of it and look at it. We used a colored method to make the spinyback dragon’s appearance color very popular. 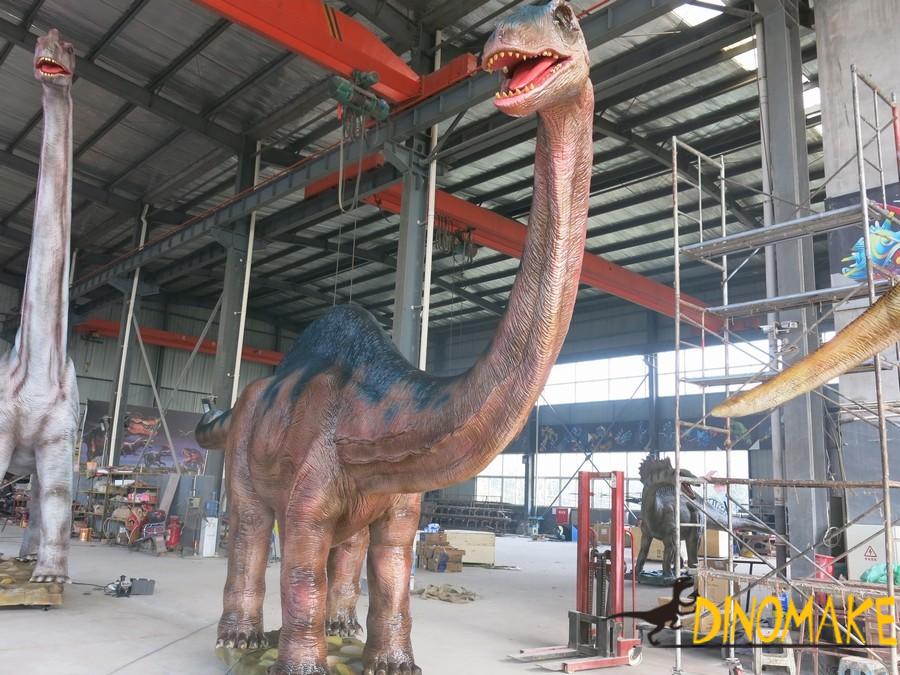 The largest carnivorous dinosaur in the world

It can be placed in an important position on the exhibition site, so that they can be paired with other herbivorous dinosaurs, so that they can produce a novel exhibition visual sense. The spinosaurus is a familiar dinosaur. Its appearance It is also very unique. The spine on its back is very noticeable. It grows like a sail on the back of the spinosaurus. We also have a few fossil skeletons of Spinosaurus, which are regular visitors to the museum.