Nautilus dragons live around 150 million years ago. They belong to stegosaurus dinosaurs. They are the small people in the stegosaurus family. They are about the same size as modern rhinos. Like other stegosauruses, their heads are relatively large compared to their bodies Very small, indicating that the spike-shaped dragon is not a smart dinosaur. The nail-like dragon’s limbs are strong, with four fingers on the forelimbs and claws on the fingers, the claw of the first finger is particularly long; the hind legs have three toes, and hoofed claws in front of the toes-this shape of claws can Better weight support. 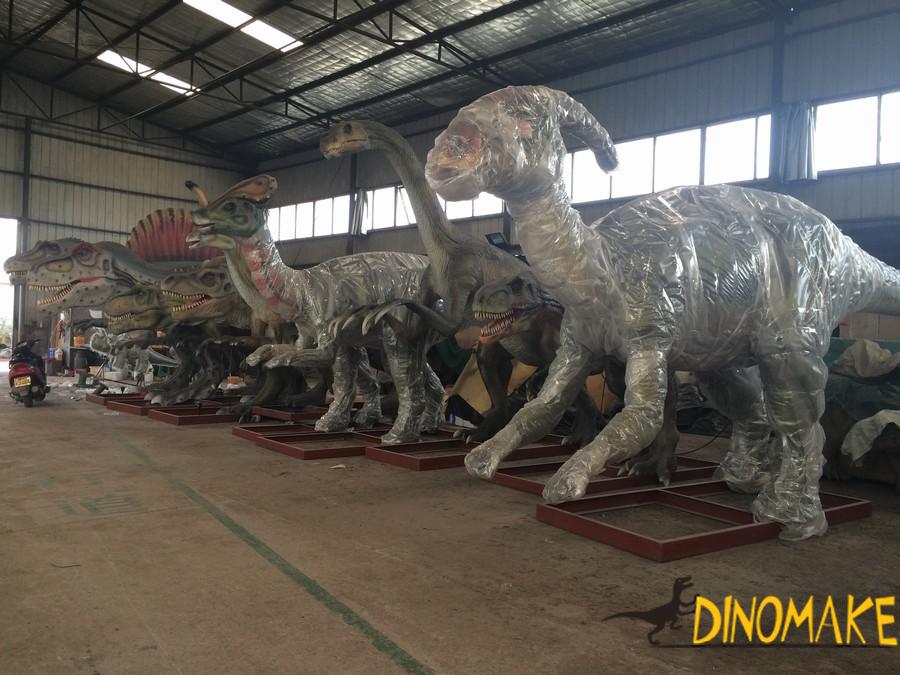 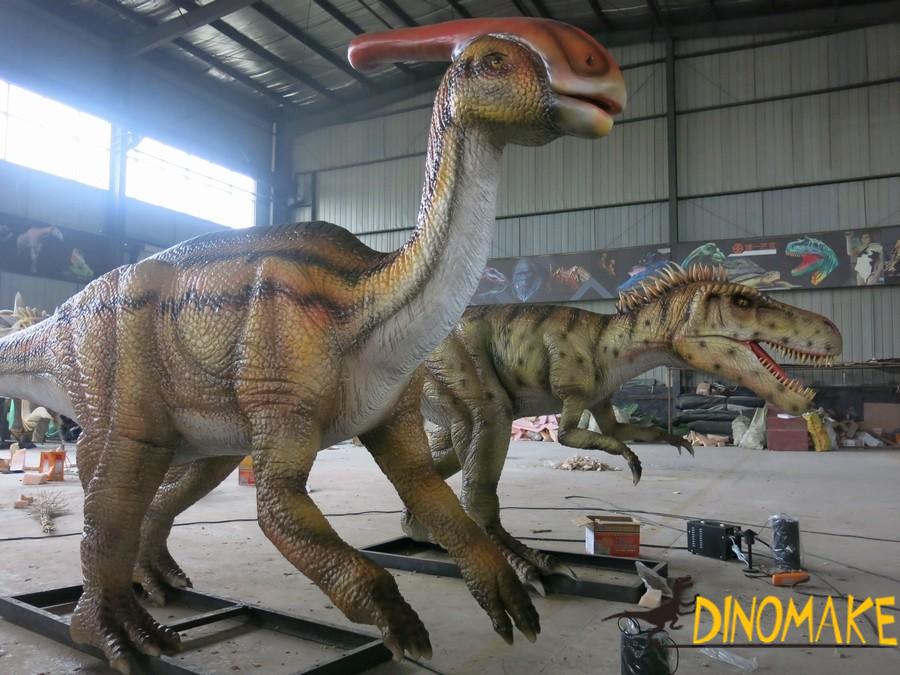 During the Jurassic period, dinosaurs began to flourish, carnivorous dinosaurs continued to grow in size, their bite force increased, and their teeth became sharper. Carnivorous dinosaurs are becoming more fierce and more likely to succeed in predation. In order to deal with these carnivorous dinosaurs, the plant-eating dinosaurs had to make a fuss about the defense equipment. In the long-term evolution process, phytophagous dinosaurs formed a variety of unique defense equipment, and the stegosaurus’s sword board is one of them. When spike-like dragons are attacked, they will swing their tails and sweep the offenders severely. If the bone nails on the tails can penetrate the carnivorous dinosaurs, even if the predator can’t whine, it will hurt his heart. Lack of lungs, the next time you attack the Spike Dragon, you will have a bit of anxiety. If it isn’t necessary, it may never provoke a spike-shaped dragon.

The Aniamtronic dinosaur net rental center has a yellow-red nail-shaped dragon with two rows of nails on its back. It is very beautiful and has a close relationship with the stegosaurus in North America. This is because the two originally lived on the same super On the continent, when the African plate separated from the American plate, they had to develop on their own, and eventually evolved into different looks. Fortunately, they all won a place for the Helong family on their respective lands.