Insects are a very ancient animal. They have a history earlier than humans. They appeared during the dinosaur period. For example, mosquitoes now have fossil specimens of mosquito specimens several hundred million years ago. They have undergone changes in various periods. Insects are distributed throughout the earth, from Antarctica to the Arctic, from Africa to Asia, from rivers to deserts, up to the top of the world to a few meters of land, and they are all present. When it comes to insects in everyone’s mind, An insect appears, and some people think that when summer comes, the insects become active immediately. They hover over the river, lake, and trees, such as dragonflies, butterflies flying in flowers, buzzing flies, and at night. Flying fireflies and so on. Looking closely at these little insects, they are all different in shape.

Insects are the most diverse animal group in the world, accounting for about half of all biological species on the earth. The total of them is several hundred times higher than the total of humans. Insects are the largest class in the arthropoda. Adults have heads and chests. There are four pairs of heads, belly and tail, one pair of antennae on the head, two eyes, mouth, etc., three pairs of feet on the chest, two pairs or one pair of wings, knots on the abdomen, and valves on both sides. Most insects will experience eggs, There are 4 stages of larva, pupae and adult. Usually we can judge whether a bug is an insect or not, based on its body structure. These insects are everywhere in life.

The animatronic insect exhibition is the most scientific way to show insects in front of everyone, so that children in the city have the opportunity to learn about insects and the mysteries of nature. By letting the next generation know about insects, children can develop their observation ability, thinking ability, enrich their knowledge, and broaden their horizons to make them have endless fun. The animatronic insect model is not as boring as book knowledge. It can increase children’s interest in nature, let everyone feel the vastness of the universe, feel the magnificence of life, and feel the value of knowledge. The world of animatronic insects is magical and interesting, integrating knowledge, fun, and science. 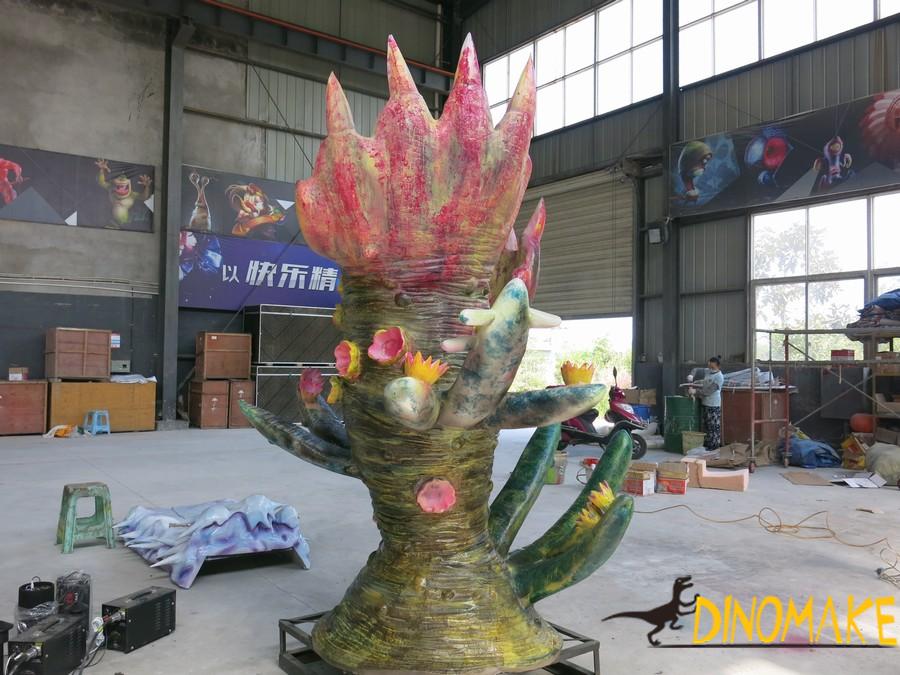 Once the animatronic insects were launched, they attracted extensive attention from friends from all walks of life. Shopping malls, real estate, parks, scenic spots and other places are very suitable for their exhibitions. They can make your place become a celebrity in a short period of time, bringing a lot of Considerable business value. There are hundreds of models of the animatronic insect exhibition, and there are more than 150 stocks available for selection all year round.