Dinosaur Rental Center is the largest rental center in China. After 10 years of development, it is now a dinosaur theme park rental center that integrates science, entertainment, and interaction. It is called “Asian Jurassic”. The Dinosaur Rental Center is a comprehensive dinosaur exhibition rental center that integrates all representative dinosaur types from the Jurassic, Cretaceous, and Triassic periods. The dinosaur exhibition center is a collection of scenes, ancient ecology, leisure dinosaur interaction, tourism and vacation functions. Large dinosaur rental exhibition center in one. For example, a mount dinosaur in the rental center uses human-computer interaction technology. Tourists and dinosaurs can talk directly. This dinosaur speaks 18 languages. It is an important part of the ancient biology exhibition in Shanghai. The total planned land area is 2000 square meters. The water system, wetlands, plant communities, and idyllic scenery in the leasing center intersect, and integrate and inherit historical humanities, reflecting the concept of harmony between man and nature. The rental center is located in Chengliu Road, Jiading, Shanghai, from Jialuo Road in the east and Xinjianyi Road in the west. Jiading Station of Metro Line 11 is not far from the rental center, and the transportation is very convenient. 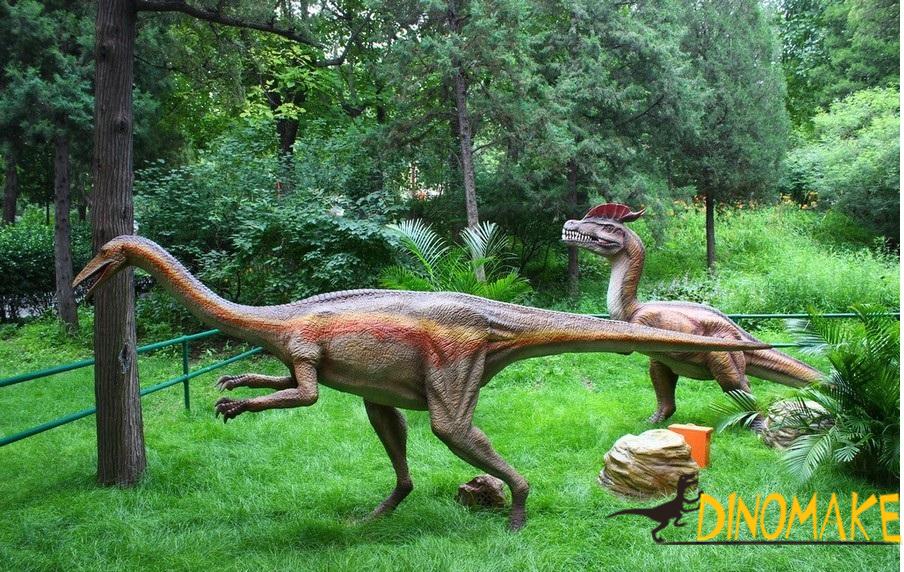 The total area of ​​the Dinosaur Rental Center is 2000 square meters. The planning and positioning is a large-scale urban suburban forest park with ecology, leisure and entertainment as its main body, creating an ecological environment where people and nature coexist harmoniously. The Dinosaur Rental Center undertakes more than 100 commercial dinosaur exhibitions across the country every year. Greenland Real Estate, Evergrande Real Estate, Zhongliang Real Estate, Wanda Plaza and other large domestic real estate companies work closely with us, and many large shopping malls in China also work with us. There have been cooperation, and museums and science museums across the country have also worked with us to create public welfare exhibitions. The application of the animatronic dinosaur model is very extensive. It can not only let everyone know about the creatures that lived on our planet hundreds of millions of years ago, but also bring high traffic to the host company, and through the human flow, the company’s brand or product can increase business value. 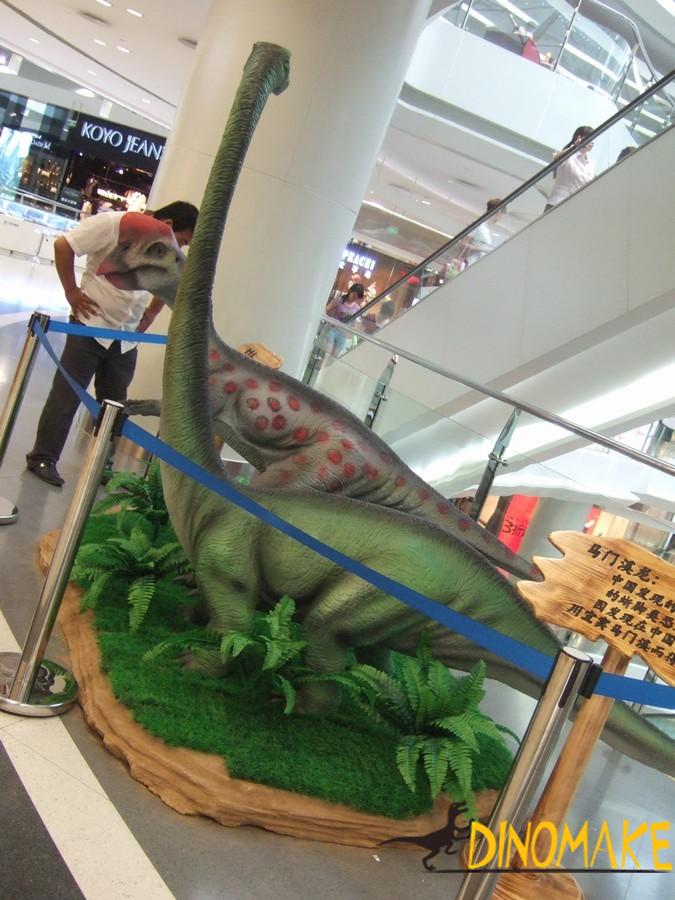 animatronic Dinosaur Rental Center It is a perfect combination of paleontology, high-tech sound and photoelectric, film and television special effects and multimedia networks. The dinosaur-themed comprehensive dinosaur rental center, since the official opening of the park in September 2000, has creatively proposed the “4 + 2” development model of the theme leasing center, and finally formed the dinosaur exhibition amidst the turbulent dinosaur rental wave. Core competitiveness.

The animatronic dinosaur rental center has dinosaurs of various periods. The total number of dinosaur models has reached more than 500. The longest dinosaur is 18 meters long and the tallest dinosaur is 10 meters high. There are also dinosaur fossil skeletons of various periods. For example, a 22-meter-long winding dragon fossil skeleton with a length of 22 meters and a height of 10 meters is the largest animatronic dinosaur fossil skeleton in China, showing a freehand shape, which outlines the dinosaur lease. Expo, entertainment and popular science space, the rental center has 2 main halls and 3 auxiliary halls. The main hall includes the door, the dinosaur evolution hall, the dinosaur model reproduction hall, the interactive hall, and the film and television hall; the auxiliary hall includes the science knowledge hall, the VIP reception hall, the fossil excavation site restoration hall, the spare exhibition hall, and the souvenir sales room. Through the logical route, the various departments are connected with each other. Taking the history of biological evolution as the design background, the main theme of the dinosaur’s conception of survival, reproduction, evolution, and destruction was highlighted, revealing the profound themes of life and environment interdependence. Human beings must protect the ecology and the environment. At the same time, a movable dinosaur fossil skeleton has also been developed. This Shulong fossil skeleton can shake its head and swing its tail more vigorously than traditional dinosaur fossils.

The Dinosaur Rental Center uses scene-building methods to reproduce the natural characteristics of the Jurassic period with atmospheric waterfalls, rocks from the Jurassic period, 5D sea views, and the Amazon jungle. The display of dinosaur skeleton fossils uses different methods. Through the use of high-tech means and sound and electricity, combined with film and television imaging, cartoon animation, dinosaur turning models, online games, and various technological productions, the dinosaur rental center broke through the concept of traditional museums. It has become a modern and new dinosaur exhibition rental center with a powerful collection of museums, popular science, viewing, amusement and interaction.

Dinosaur Rental focuses on the creation of a green ecological environment. In the center, more than 40 kinds of trees and more than 1,000 artificial trees are planted. These trees are dinosaur-type plants and various shapes of dinosaurs are placed together. Around the dinosaur hall in the park, there are activities such as crossing the Jurassic, rushing into the dinosaur valley, four-dimensional special effects cinema, and crazy triceratops to make visitors relax and linger, and each visitor will return to the ancient and mysterious Jurassic era. The leasing center now mainly leases dinosaur models and insect models. Chinese geological enthusiasts and our co-construction project are the most concentrated thematic rental center for collecting and displaying Chinese series of dinosaur fossils.

It is based on the occurrence, evolution and extinction of paleontology, and aims to promote a new view of nature for the harmonious development of human and nature. Using a number of modern technologies and entertainment methods, each functional space is interconnected in a logical way, and each exhibition hall is self-contained and complementary, creating a dynamic space that combines scientific enlightenment and aesthetic interest. It is a historical experience of materialistic education and tourism experience. Among the new science palaces. The dinosaur fossil skeleton exhibition is the core and soul of the entire rental center. It is an ocean of dinosaur science and popular knowledge, and it is the most concentrated special museum displaying and displaying Chinese series of dinosaur fossils. Taking clues to the occurrence, evolution and extinction of paleontology, it aims to promote the new concept of nature in which humans and nature develop harmoniously.

The Dinosaur Rental Center fully explores the characteristics of dinosaur culture, fashion, art, and entertainment. Through various displays and interactive methods, the ancient creature of dinosaurs is brought to life, which not only makes the science of dinosaurs more affinity, but also allows dinosaurs to use various unexpected The form appeared next to the tourists, creating a happy gathering of millions of dinosaurs.