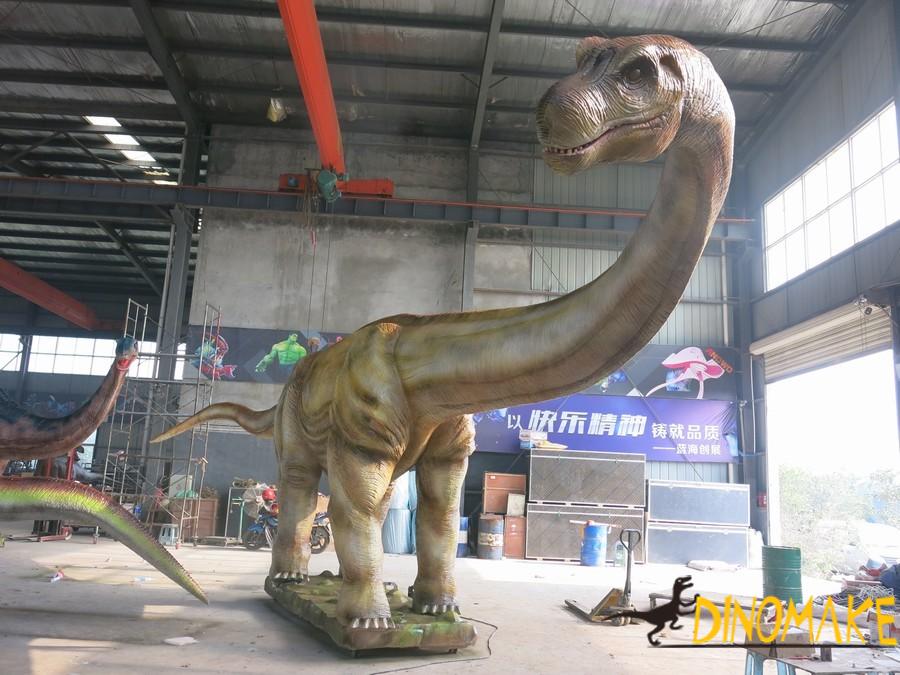 The terrain of this exhibition is very complicated, and they are all installed in the mountains of the scenic area. We have adopted the method of batch transfer to decompose the dinosaurs and insects that can be decomposed, and transport them to various points by minivan. Then we used a large crane to install in batches, and after we installed each dinosaur, we were debugging. Due to the difficulty of installation, we installed it for 4 days. Each exhibition can be called very well, bringing new viewing points to the scenic area, and also wishing the tickets to sell during the Spring Festival.