In ancient times, there was such a dinosaur that looked very similar to our current crocodile. Its name is crocodile-like dragon. The fossil of crocodile-like dragon was found in the Sahara desert around 1995. It is the same as the claw dragon. Both have a long, narrow nose and paddle-shaped snout, and small teeth that can be bitten tightly. The two nostrils are located at the back of the head. Maybe this allows it to breathe when it is underwater foraging or deep into the dinosaurs. It is powerful The forelegs and finger claws can be used to hook a one-meter-long fish out of the water. When a wandering crocodile-like dragon finds a dead large dinosaur, it will use its large claws to tear its hard outer skin, like a crocodile-like dragon. The hind limbs are also very developed, which can support its huge body and allow it to move more flexibly. 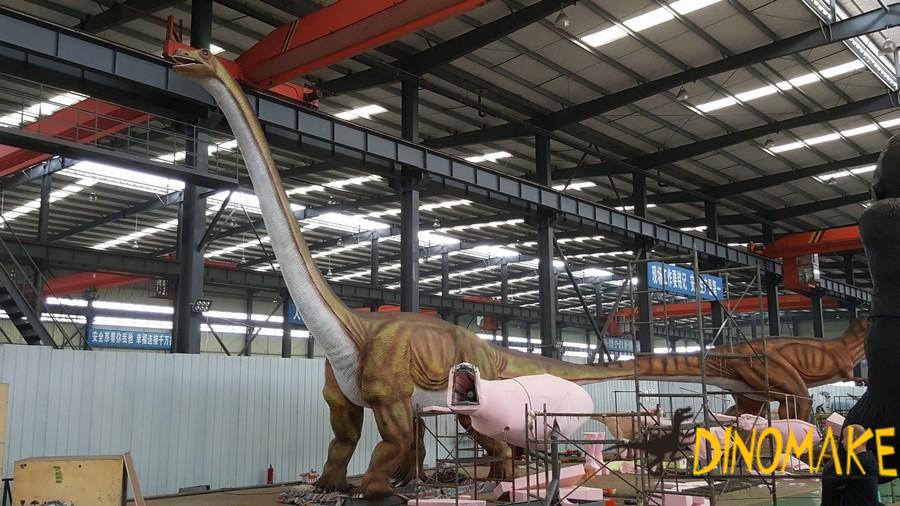 One morning in the early Cretaceous, a heavy rain caused a flood. After the flood receded, many fish were trapped in the shallow water of the depression. It seems that the crocodile dragon would not miss this great opportunity to pick up the cheap. It went down the river and ate it. Its big mouth can eat a big fish with only two or three clicks, plus the pair of big claws, it’s almost a catch. The crocodile shook his head with satisfaction, and was preparing to catch more fish to enjoy it, and was jumped by a noise. It turned out to be a group of brave dragons. The bravery dragon is an early type of Iguanodon, 7 meters long, and has a long thumb nail on each arm. Carnivorous dinosaurs may be waiting in an ambush while they are foraging in the branches and leaves of ferns. The brave dragon is not the most agile animal, so its thumb nail is the most useful weapon. It seems that Crocodile Dragon is very dissatisfied with these noisy guys, but it will not easily attack Hao Yonglong, because it is never fun to be stabbed by the long thumb of Hao Yonglong. . Choose us for the animatronic dinosaur exhibition.