An unexpectedly resurrected monster in the movie, about 28 meters high, caused the entire city to fall into chaos, and went straight to the urban area of ​​Manton to lay eggs and give birth to children, which opened a bloody storm. Paleontologists, journalists, TV stations, photographers The soldiers joined forces to defend against this human catastrophe. Presumably everyone knows this scene very well. A Godzilla movie swept the monster fans all over the country.

There is really a dinosaur called Godzilla on the earth. It is an early carnivorous dinosaur up to 7 meters in length. It was found in the Cooper Shaanxi Valley near New Mexico in the United States. Although it was considered to be a late Triassic The hegemon on land, but it is still far from the figure of the giant in TV and movies. Godzilla in the movie is more of a human fantasy monster. Godzilla is a species of coelophysosaurus. Like the current birds, the center of the bones is empty. Godzilla’s skull is long, narrow, strong, with large eyes, good vision, and can be found far away. Prey. The cracks along the mouth are very deep. The upper and lower jaws are full of long, large teeth that bend backwards. This is a bit like the teeth of a wolf. The upper jaw and the flat teeth are buried deep in the alveolar teeth. It is as sharp as a saw. From its teeth, I think it may also eat some corpses of rotting animals or to eat the fruit of the tree. It first bites the tree with its teeth and then eats its fruit. Such teeth make it easy to bite the body of the prey. The connection between the head and the neck is very flexible, which is conducive to rocking the head fiercely when preying and biting the prey, tearing the body of the prey, so that the prey completely loses its ability to resist. 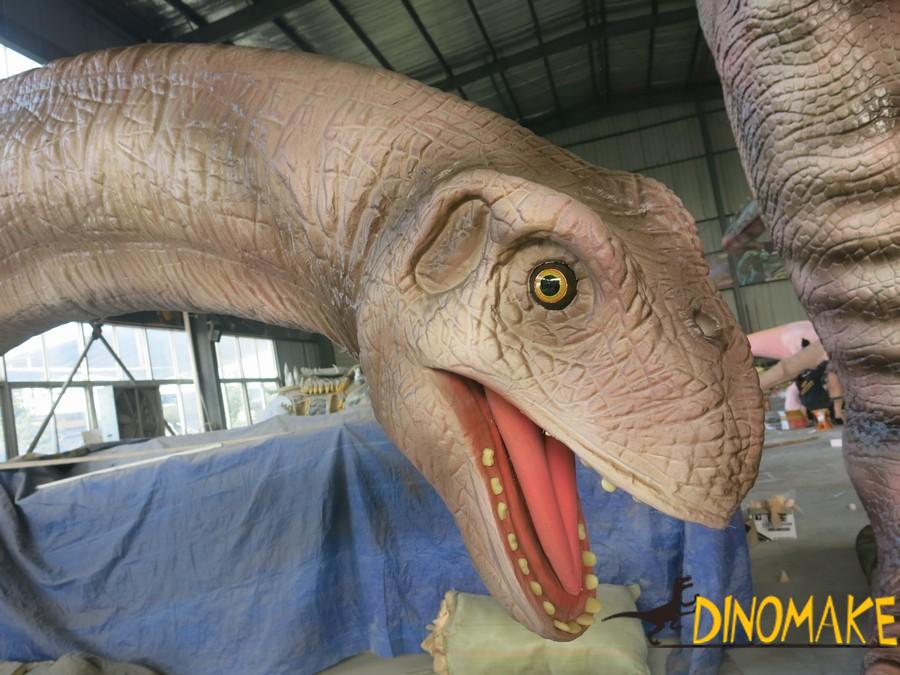 Godzilla is our signature dinosaur. It has a length of 5 meters and a height of 6 meters. As a behemoth weighing more than 1 ton, it also has the ability to quickly run and prey. Speaking is especially important. Its body uses the hip as the center of gravity support point, and its long, slender tail is in balance with the front of the body, so that it will not lose its balance and fall when it is fast forward. The long hind legs support body movement. Their hind legs are strong. Like all theropod dinosaurs, they have three long toes that play the role on the ground, and hooked claws on the toes, which are suitable for walking or running on the ground. The forelimbs are significantly shorter than the hind limbs and are suitable for catching prey. Godzilla, a carnivorous dinosaur at the top of the food chain, has a wealth of food choices, from early primitive reptiles to other plant-eating dinosaurs.

Everyone followed me to think about one morning in the late Triassic, in the overgrown bushes, a plant-eating dinosaur was lying quietly beside a trunk blown down by a strong wind, enjoying the coolness of the afternoon shade Just now, a lot of flowers have been enjoyed, making it feel very comfortable. However, “the mantis catches cicadas, the cardinals are behind”, a hungry Godzilla dragon found it from a distance. Just now this Godzilla dragon exposed its own smell because of the downwind and missed its prey, so At this moment it seemed very patient and decided to wait for the herbivorous dinosaur to come out on its own.

I don’t know how long, the still unknown plant-eating dinosaur stood up, maybe enough time to rest, it began to leisurely walk out of the bushes, and the dead leaves on the ground accompanied it. The steps were squeaked, and a snap of footsteps accompanied by the break of the branches suddenly broke the previous tranquility. Before the plant-eating dinosaurs had time to turn around, a gust of wind blew over. Godzilla suddenly bit his neck, but pulled down hard to the ground. The strong and powerful hind legs of Godzilla also trampled on When he got his back, he almost stepped his spine down. At this time, he didn’t even have the strength to get up. He could only use the meat of Godzilla arowana, and could not avoid the tragic fate of being swallowed.

Godzilla’s eyesight is very good, it can easily find its prey. In order to highlight this feature, the simulation dinosaur made its eyes more realistic and vivid when producing Godzilla, and its strong hind legs let it The speed is comparable to the prey, and even faster. Once the prey’s body and bones were bitten by the Godzilla dragon, it would become very fragile, and there was no room for resistance. Godzilla is an early large carnivorous dinosaur. Its birth means that dinosaurs have an advantage over other creatures. The era of dinosaur prosperity is coming, so it seems that it is the ancestor of dinosaurs.