A dinosaur with a shape similar to a triangle. It is a styracosaurus. It is also a large horned dragon. Its Latin name is (Styracosaurus). The styracosaurus lived in the late Cretaceous and was about 6 meters long. At about 6.7 meters, it is a plant-based dinosaur. It mainly eats plants and is often called a herbivorous dinosaur. It is significantly different from other horned dragons in the neck shield. The edge of the halberd neck shield is a circle of swords. The bone spine is like a row of painted halberds behind the ancient generals. This is its best defense tool. It is extremely powerful. Except for the spines on the neck shield, the head and body characteristics of the halberd dragon are very similar to the unicorn dragon. The horn above the nose of the styracosaurus is also very long, and the styracosaurus has strong defense and offensive capabilities. The barbed cervical shield can shield and protect itself, and reduces the weight of the head, making the head more flexible. 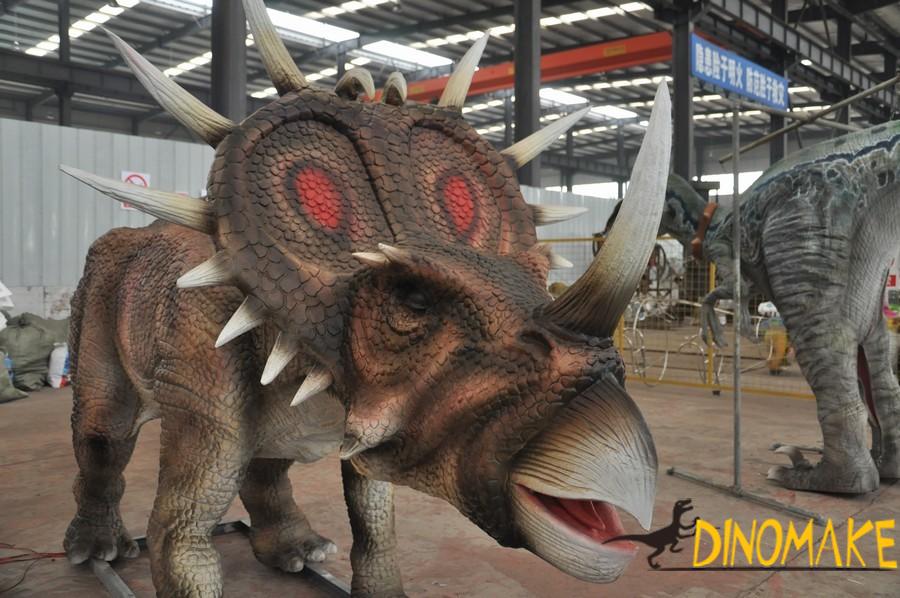 The spurs of the horns and the neck shield are more like a sharp sword, a terrible weapon to defend against, and they are enough to scare any ferocious predator.

When fighting against carnivorous dinosaurs, as long as the styracosaurus lifted its head from bottom to top, several sharp swords would immediately pierce the oncoming invaders. We currently have 6 styracosaurus. For fighters, their sharp horns are too insignificant. The weapon that really scares the opponents is their huge nose horns. The styracosaurus attacks with nose horns. Styracosaurus is also one of the authors’ favorite dinosaurs. . Our professional dinosaurs are often devastating to other predators. Its nose can pierce the naked flesh of a carnivorous dinosaur. This is a stronger presence than many other dinosaurs. 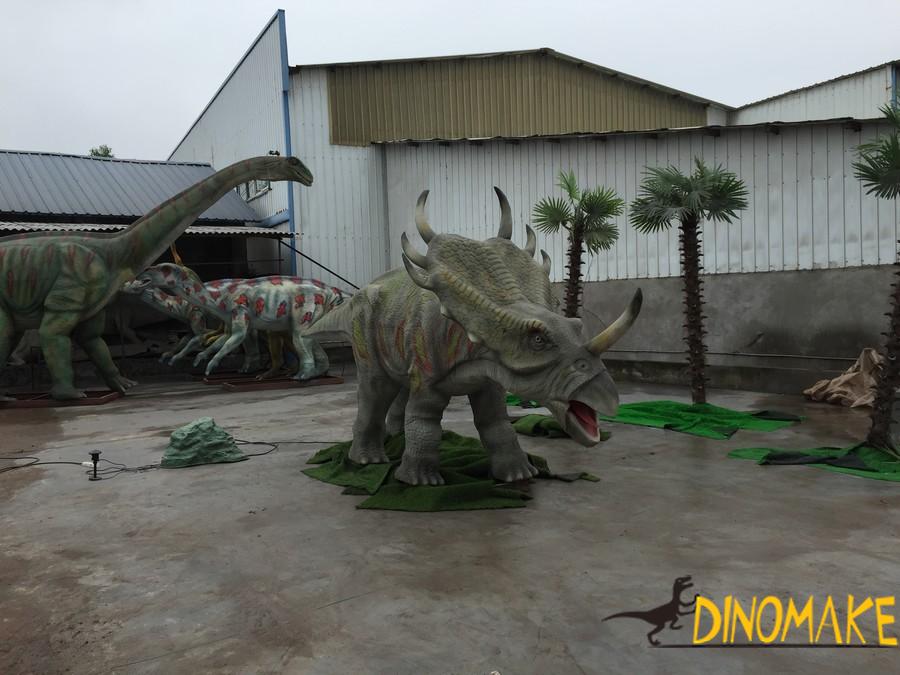 It has played a key role in the industry of animatronic dinosaur exhibitions. The animatronic styracosaurus’ cervical spine is very strong, which can help support its huge head. The styracosaurus, which is more than three cars in length, walks on strong limbs. Body weight. Overall, there is not much difference between Styracosaurus and Triceratops, except that it is slightly smaller than Triceratops, with a long spike on the neck shield. It is always a powerful dragon, and it increases at the same time. There are many horns, and there are spikes on the sides, but they are much shorter. With these weapons, they can protect themselves well. When attacking other dinosaurs, the nose horns can penetrate directly into the enemy ’s body. How about you want to see it? Look like? The neck shield protects his neck from fangs and claws.