The combination of human-computer interaction and animatronic of dinosaurs. If artificial intelligence was still on paper 10 years ago, then it is a dream to come into reality. In the past few years, the continuous efforts of intelligent engineers have made qualitative breakthroughs. It has begun to blossom and bear fruit in this land of China. We are also advancing with the times. We started to integrate artificial intelligence with dinosaurs in Sichuan animatronic dinosaur factory in 2018. Some people asked how to combine the methods. Let me give you a few Successful examples. 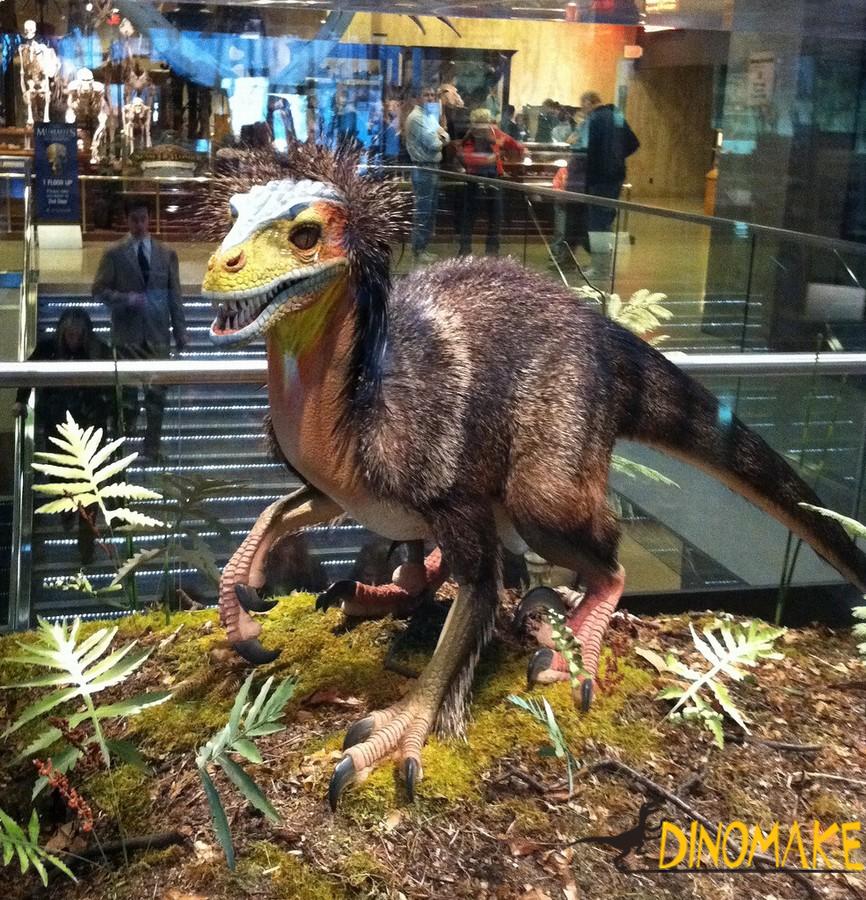 Example one: Mounted dinosaurs: Mounted dinosaurs are mainly used in park areas and shopping malls for children’s mounts. It can interact with children and is a favorite amusement device for children. In the past, children sitting on the dinosaurs needed a worker to take care of a mount dinosaur, and a ticket seller and a ticket checker. If there are 10 mount dinosaurs, there will be 12 workers, but now our dinosaurs are under control. A remote smart chip is added, as long as the tourist scans the QR code on the dinosaur to pay the corresponding ticket fee, the dinosaur will automatically turn on and it will operate according to the time we set. Such a device only needs 20 dinosaurs. It greatly saves labor costs. Human-computer interaction and animatronic of dinosaur technology.