The animatronic insect exhibition supplier was established on February 8, 2019. It is located in Shanghai Shengchuang Entrepreneur Park, covering an area of ​​2000 square meters. It is called the largest animatronic dinosaur rental center in China. It is free for interested friends. animatronic dinosaur rental The center has nearly 300 kinds of insect models. Each insect model can call, and each insect makes a corresponding call.

Insects may seem inconspicuous, but they dominate the entire earth. Not only are they huge in number, they are also very capable. Humans fall from heights and need to land equipment to be safe, but insects fall from heights without any harm. Many insect models at the insect rental service center have these characteristics, such as a glowing firefly on the tail, a 7-meter-long cricket, a 10-meter-long ant, a 10-meter-long mantis, a car-sized seven-star ladybird, a van-sized insect treasure, Dragonflies as big as puppies, beetles as tall as elephants, etc. We magnify insects in nature by tens of thousands of times, and use technology to make these insects look exactly like the insects in the field, and let these insect models move. Will call, give them vitality. These insect models are suitable for exhibition in science and technology museums, museums, parks, and shopping malls. 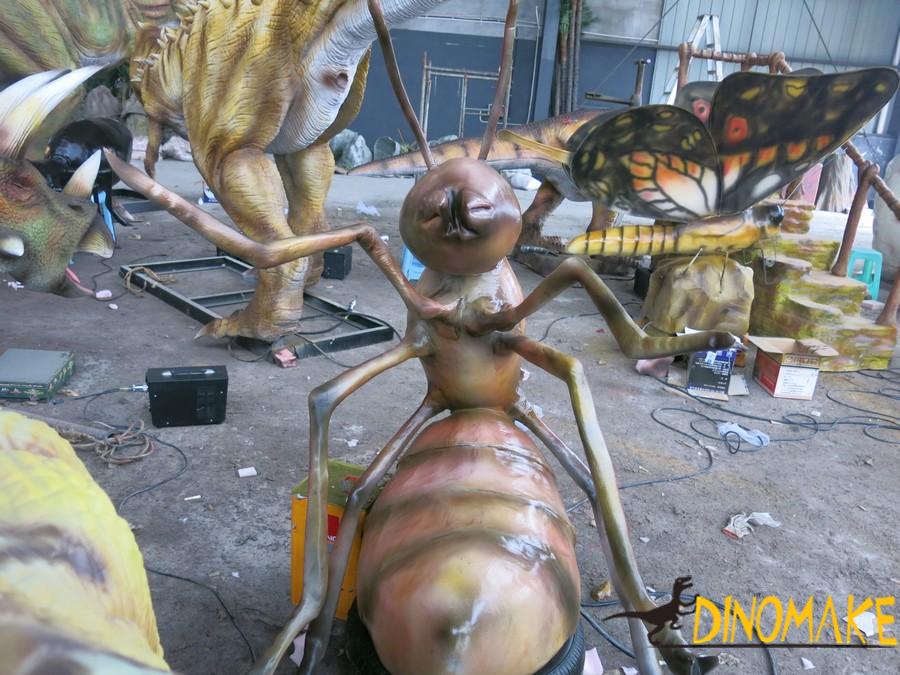 Once the animatronic insect exhibition supplier was opened, it was loved by the general public. Friends who want to do animatronic insect activities from all over the country came to watch it. You can choose insect models on the spot. Insects are one of the oldest creatures in the world, but they were preserved in prehistoric There are not many insect fossils. Most of the insects preserved so far are in amber. The insects in amber freeze in a flash. There are articles about amber in elementary school textbooks. After hundreds of millions of years, amber is like an ant under a tree. In search of food, in a big sun day, the resin on the tree was melted by the sun, and it just fell on the ant’s body. By chance, humans found this ant’s amber.

The insect fossil reduction model we made: a seven-star ladybug is in an amber. The diameter of this amber is 5 meters. The seven-star ladybug in amber can be seen as small as the hair on one antenna. Because there are many types of insects, there are many types of insect models that can be made, which can enrich the content of the exhibition and make each exhibition new and unique. Every customer who does a animatronic insect exhibition wants to have its own unique exhibition. The insect exhibition just meets this demand.