Dinosaur animatronic board dragon living in the late Triassic century 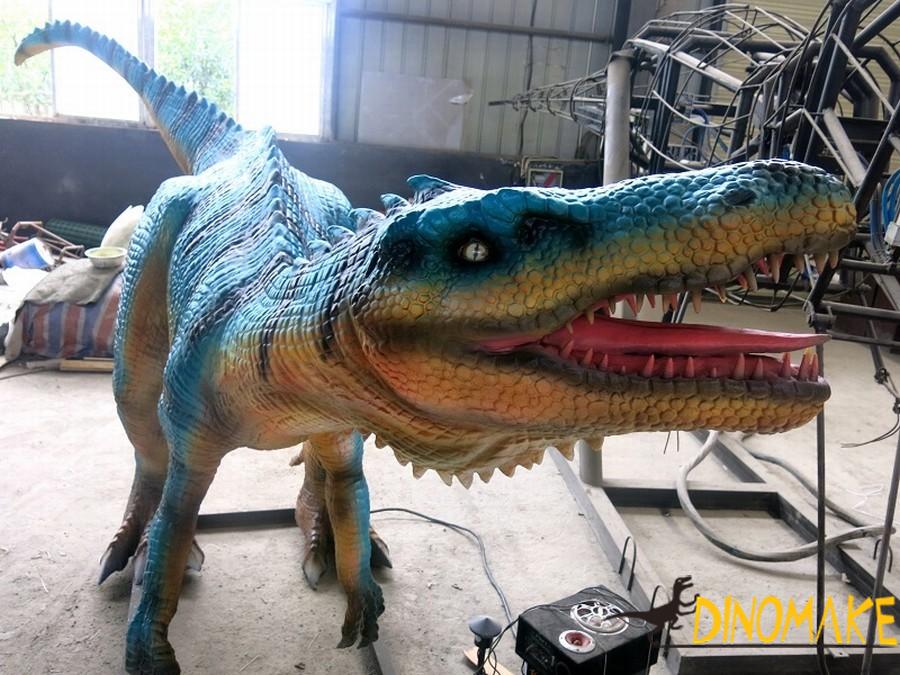 Dinosaur animatronic board dragon living in the late Triassic century

In appearance, the forelimbs of Banlongs are relatively short, and the length of adult Banlongs is generally about 8 meters. The large plate dragons are not easy to dissipate heat due to the increase in body temperature, so they often go to the sea in order to find food in large groups in the dry season. Because of the difficult environment, many Banlongs often endure the heat and thirst. The board dragon is 8 meters in length and is about 3.6 meters high when standing. It is one of the largest dinosaurs in the Triassic. They are the earliest tall vegetarian dinosaurs. They have small heads, teeth in their mouths, and long necks and tails. , The body is thick, the hind legs are long, but the forelimbs are short. They like group activities and look for food in the trees together. The board dragon is different from any kind of dinosaur that lived before it. It can reach the tallest trees. Treetops, Banlong’s teeth and upper and lower jaw structures are not suitable for chewing. Therefore, Banlong probably swallowed various stones and stored them in the stomach, grinding them like a grinder and crushing the food. broken. So paleontologists sometimes find polished stones in the abdominal cavity of dinosaur fossils. This is the stomach stone often used by paleontologists. A stomach stone is a stone that is swallowed by a dinosaur. Piles of smooth stones were also found beside the brachiosaurus dinosaur brachiosaurus. The botanical dinosaurs swallowed a lot of stones every day to help digestion. These stones can play a stirring role. The Triassic was the first era of the Mesozoic, and it was an excessive period when the Mesozoic biota began to form after the ancient biota died.