The long-necked small head in the animatronic dinosaur of Nantong, Jiangsu is a prominent feature of the sauropod dinosaur. The short-necked panlong is a herbivorous dinosaur. It mainly lives in virgin forests or grasslands. Paleontologist Chen thinks An evolutionary manifestation of the environment, especially the creation of food. Short-necked Panlong scientists found that his neck grew shorter and shorter. Sauropod dinosaurs have evolved from 13 early to 22 cervical vertebrae. The short-necked Panlong’s bone structure indicates that their heads cannot be raised above 2 meters, and they can enjoy foraging areas close to the ground. Short-necked Panlongs are members of the Diplodocus family of Diplodocus. Contrary to Dyrannosaurus, the members of the Pedicosaur family seem to show signs of a shorter neck evolution, including the Diplodocus living in Africa. The tendency of dinosaurs to shorten their necks illustrates their gradual adaptation to low-level plants, and finally evolved into the phenomenon that this particular plant is the staple food. Compared to their long cousins, miniature short-necked dragons that can adapt to plants 1 to 2 meters above their surface seem to have a wider range of food choices. They swept back and forth like lawn mowers in low plant plains. When the dinosaurs of the family Protosaurididae shortened their necks to adapt to certain plants, their body shape was also completely restricted, and their body length was generally less than 10 meters. 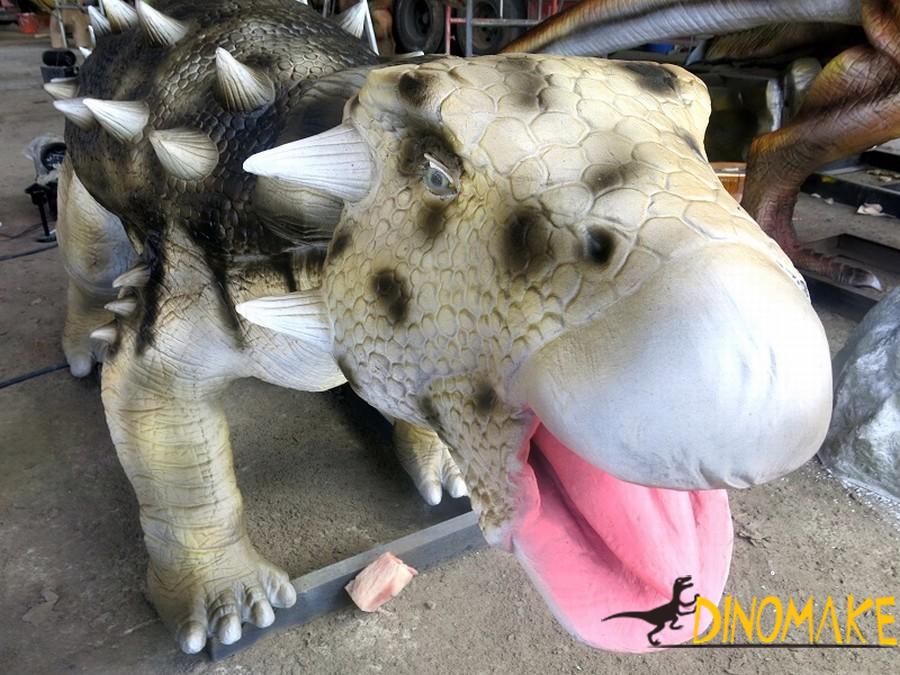 Compared with the huge animatronic beam dragon, fork dragons can only be regarded as little brothers. The fossils found by members of the Forosaurus family account for a small proportion of sauropod dinosaurs, but their members often become bright spots in the sauropod family by virtue of their strange appearance and the important theoretical significance they represent, as described above. The short-necked Panlong, and another member of the family Forkosaurus found in Ningxia, China, rewrites the Asian sauropod dinosaur population record. The fossils of Pan Long and the recently unearthed members of the Forosaurus family provided a new basis for the ancient continent’s drift theory and the evolution and development of sauropod dinosaurs. At present, our company has 14 large short neck panlongs. Our company is a factory direct supply unit specializing in the exhibition of animatronic dinosaur models, lease of animatronic dinosaurs, and sales of animatronic dinosaur models.