Stegosaurus appeared on the earth in the early Jurassic period, and flourished to the peak in the late Jurassic period, but it did not exist in the early Cretaceous period. It is a slow-moving herbivorous dinosaur with a huge body and a long body. At nine meters, the most striking feature of the stegosaurus is the two large rows of triangular bone plates on the back, which are distributed from the neck along the spine to the tail. At the extreme end of the tail are two pairs of long tail nails. So what are these bone plates used for? Some people think that they are used to adjust the temperature, just like the brave dragon’s northern expedition sail; others say that these bone plates are the decoration of stegosaurus. However, these explanations are not reliable. There are more than one stegosaurus dinosaur. They have many cousins ​​that look similar. This bone plate is the sign that distinguishes them. As soon as they see the bone plate, they can judge whether they belong to the same family, whether they are brothers or cousins. Stegosaurus moves slowly and can easily become a predatory target for carnivorous dinosaurs such as Tyrannosaurus. When a carnivorous dinosaur attacks it, it will aim two ribs at the attacker to scare them; if they rush up, it will use long The sharp tail spikes whipped them, fighting them to death. 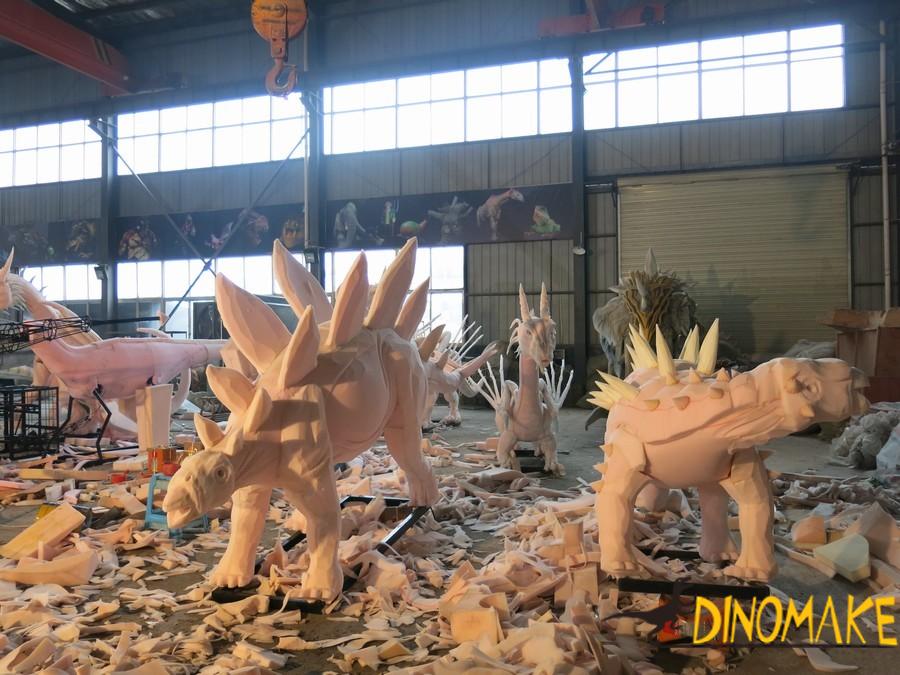 Stegosaurus mainly feeds on fern fruits and cycad flowers. It has no teeth at the tip of its mouth and cheek teeth near the cheeks. These cheek teeth have serrations in front and back of the crown, which are suitable for eating and grinding plants. Its tricky head is surprisingly small, and it has the smallest head proportion among known dinosaurs, so Stegosaurus’ IQ should not be high.

Although Stegosaurus is stupid, it has a good temper. It is its cute character that makes people ignore its shortcomings in IQ. Almost all Stegosaurus stories that have been brought to the screen are related to love and kindness. 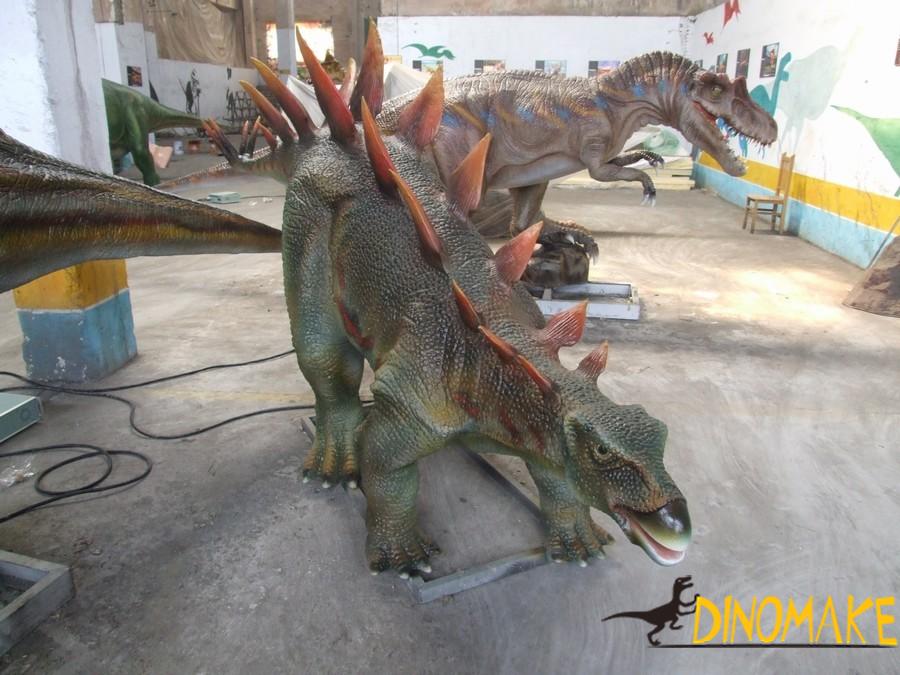