Jurassic talk about the mystery of dinosaur death

The Jurassic “idiot” guy in Shanghai talked about the mystery of dinosaurs’ extinction. Dinosaurs have ruled the earth for tens of millions of years, but for some reason, they suddenly went extinct within 65,001 million years ago. People today see Only a large number of dinosaur fossils left there. The young man went on to say: The cause of dinosaur extinction is still being studied. For a long time, the most authoritative view is that the extinction of dinosaurs is related to a large meteor 65 million years ago. According to research, at that time, a planet with a diameter of 7 to 10 kilometers fell on the surface of the earth, causing a big bang, throwing a large amount of dust into the atmosphere, forming a dust mist, causing the photosynthesis of plants to temporarily stop, and the dinosaur country became extinct. 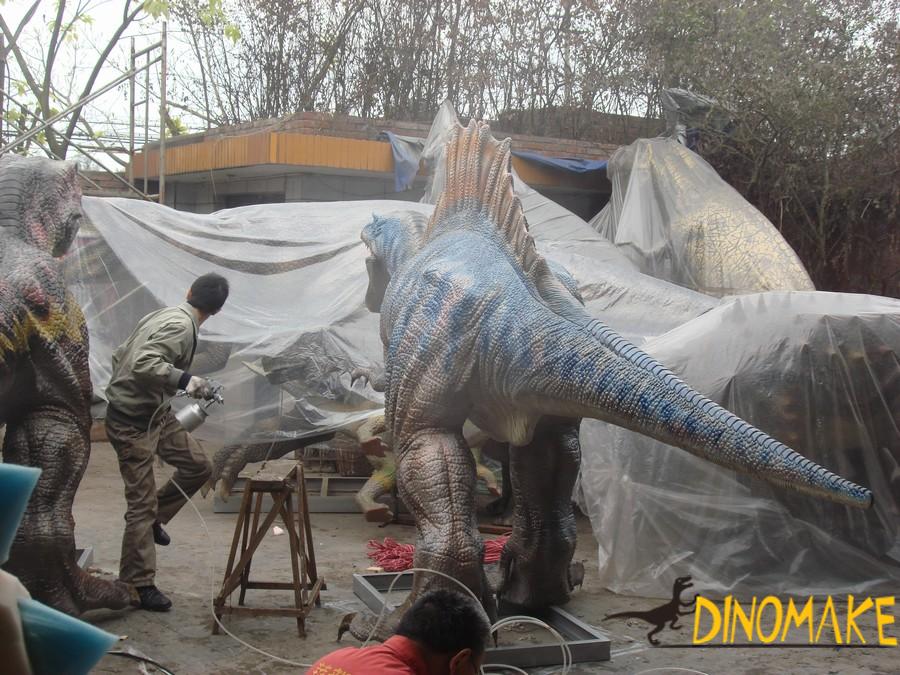 Jurassic obsession about the mystery of dinosaur death

The asteroid impact theory quickly gained much scientific support. The fact that a meteorite impact crater from a distant age was discovered on a peninsula in Mexico in 1991 confirms this view. Today, this view has become conclusive. But many people are skeptical of this asteroid impact theory because the fact is that frogs, crocodiles, and many other temperature-sensitive animals survived the Cretaceous and survived. Then this theory cannot explain why only dinosaurs are dead. So far, scientists have proposed dozens of hypotheses about the causes of dinosaur extinctions. The more stimulating and dramatic meteorite collision is just one of them.

In addition to the following meteorite collisions, the main points about dinosaurs are as follows: 1. Climate change theory: 65 million years ago, the earth ’s climate suddenly changed, and the temperature dropped sharply, causing the atmospheric oxygen content to drop, making dinosaurs unable to survive. It is believed that dinosaurs are cold-blooded animals, with no hair or warm organs on their bodies, unable to adapt to the drop in earth’s temperature, and were frozen to death.
Second, the struggle for species said that in the late dinosaur era, the first small mammals appeared. These animals are rodent carnivores and may feed on dinosaur eggs. As this small animal did not have more and more natural enemies, it eventually ate the dinosaur eggs.

3. Earth Drift Theory. Geological research proves that in the age of dinosaurs, there was only one continent on the earth, pan-paleocontinent. Due to changes in the crust, this continent experienced a major division and drift in the Jurassic period, which eventually led to changes in the environment and climate, and the dinosaurs became extinct.

V. Poisoning by plants. In the late dinosaur era, the earth ’s complement plants became extinct, and were replaced by a large number of angiosperms. These plants contained toxins that gymnosperms did not catch. The huge dinosaurs had an unusually large amount of food. After ingesting angiosperms, it caused excessive accumulation of toxins in the body and was finally poisoned. This editor thinks that it is one of the least reliable claims.

6.Acid rain said that there may have been strong acid rain in the late Cretaceous period, which caused the trace elements including strontium in the soil to be dissolved. Dinosaurs directly or indirectly absorbed strontium through drinking water and food, and acute or chronic poisoning occurred. The last batch The batch died. The animatronic dinosaur model is not afraid of acid rain, the sunlight, and the low temperature in winter.

The hypotheses about the causes of dinosaur extinctions go far beyond these. However, the above hypotheses have more supporters in the scientific community. Of course, each of the above statements has imperfections. For example, the theory of climate change does not clarify the causes of climate change. After investigation, dinosaurs There are some small Eurasian dragons in it, which are enough to compete with early small mammals. There are also loopholes in some species struggle theory. In modern geology, the earth drift theory is still a hypothesis, angiosperm poisoning theory and acid rain theory. There is also insufficient evidence. The real reason for the extinction of dinosaurs in this country remains to be further explored.