Rio dragons with strange spines, unearthed in Rio, Argentina. One summer, scientists found this strange dinosaur fossil underground and named it after Rio. Its name means “from Rio’s Lizard. ” The Rio Dragon was very large, reaching more than 10 meters in length, and not much with a large bus. It was one of the largest and heaviest terrestrial animals on the earth at that time.

If the Rio Dragons are very heavy, they will be difficult to stand up. Animals that cannot stand can have poor defenses and can easily be dropped by other animals. During a long evolutionary process, the spine of the Rio dragon has become hollow, so that it has lost a lot of weight. Its limbs are as thick as those of an elephant, and its bones are solid, so it can easily support the body. The forelegs and hind limbs of the Rio dragon are almost equal in length. Based on this, it can be inferred that it is a dinosaur walking on four limbs. The length of the Rio dragon produced by the animatronic of the dinosaur net has reached 14 meters. It is mainly made of green. Scientific engineer It is designed to simulate the production of Rio dragons hidden in the woods and grass. 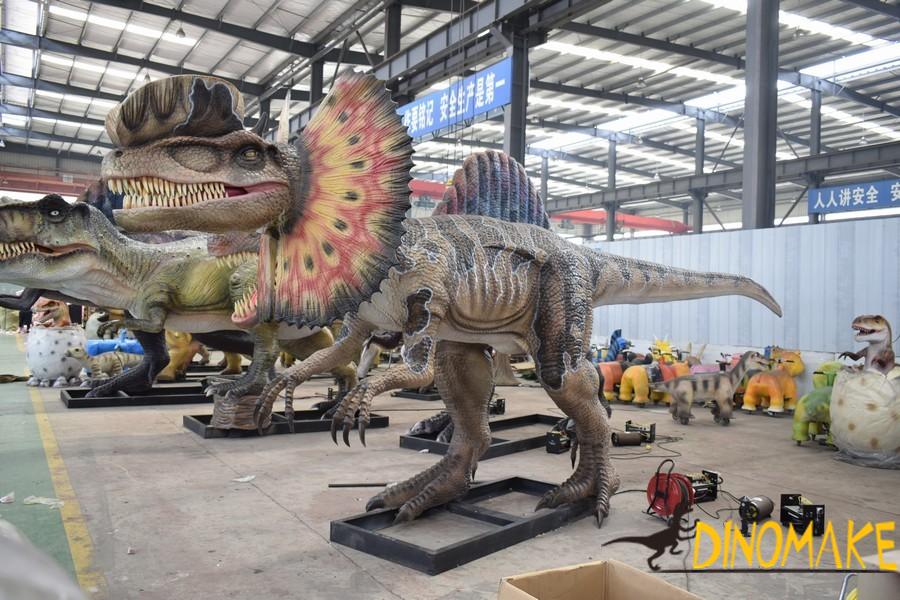 Rio dragons have leaf-like teeth, a sign of herbivory. Because this type of tooth is good for shredding plant fibers, but not meat. but. Scientists have found sharp teeth in the remains of Rio Dragons, so for a long time, the food habits of Rio Dragons have been the focus of debate among scientists. In the end, it turned out to be an oolong event. Those sharp teeth belonged to another carnivorous dinosaur, because that tooth fell off and happened to be near the bones of the Rio dragon.

Due to his size, Rio Dragons eat a lot of food every day. To help digestion, they swallow a certain number of small stones, and through the contraction of the stomach, the stones can grind food such as leaves.

Scientists have discovered that sauropod dinosaurs have become larger and larger. This trend peaked after the emergence of the Rio dragon. This may have evolved in order to adapt to the increasingly dry climate of the time. The size allows them to eat plants that grow taller. This also shows that there may be many herbivorous dinosaurs at the time. Rio dragons began to evolve to eat the delicious leaves on the trees, as did other dinosaurs.

Of course, compared with the giant dinosaurs that lived in Argentina in the later period, the Rio dragon is almost a small point, but this small point is the “first ancestor” who chose this survival strategy. I believe it is not low in the sauropod dinosaur family in Argentina . The animatronic dinosaur exhibition company now has a 12-meter-long Rio Dragon skeleton fossil. It took 3 years for the fossil staff to restore it. In the future, the fossils will be displayed back and forth in the major cities of Rio.