King of kings in herbivorous dinosaurs

The Argentine dragon Gu Mingsi means that the naming of this dinosaur is very simple. As everyone knows by its name, its fossils have been unearthed in Argentina. Around 1987, some vertebrae with a length of more than 2 meters, a width of about 1.6 meters, and a weight of 1 ton were found in South America. Antiquities biologists believe that the owners of the spine are larger than the largest blue whale in the world today, and much larger than most large dinosaurs from the Jurassic period.

Because the Argentine dragon’s fossils are not complete, the entire neurotic picture cannot be inferred from the existing fossil data. But some bold paleontologists speculate that it will even exceed 45 meters in length and weigh close to 110 tons, which is equivalent to the weight of 22 elephants. Unlike other Titanosaurus dinosaurs, the Argentinosaurus does not have outer armor.
During the Cretaceous period, South America was a very suitable place for sauropods. The local sauropods did not degenerate and became larger. Most of the sauropod dinosaurs that lived in the Jurassic period gave Than go on. They successfully dominated the entire Late Jurassic period. Until now, we have not found the complete fossils of Argentine dinosaurs. I hope that we can make a breakthrough in the future so that we can get a better understanding of this giant. 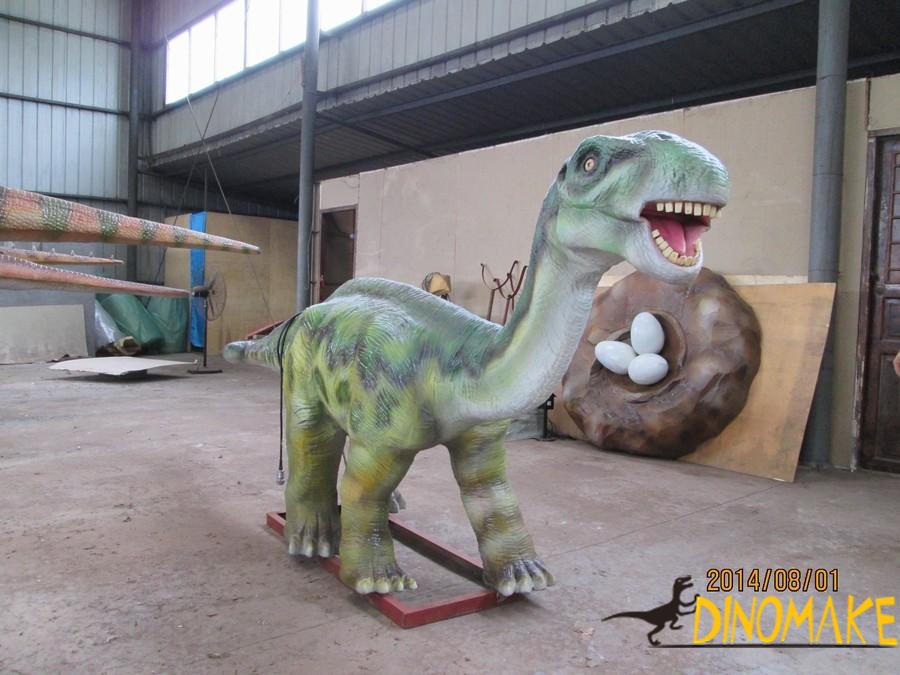 King of kings in herbivorous dinosaurs

The Argentine Dragon Hao is undoubtedly the ultimate product of sauropod evolution. When the Cretaceous period of the Jurassic was changed, crust activity was very intense. Most of the sauropods that were once famous in the Jurassic period could not adapt to the climate change caused by the crust. The early Cretaceous climate was colder than the Jurassic. South America separated from Africa gradually moved closer and closer to the equator, so the temperature was warm. The isolated and independent living environment of South America also made some ancient Species are continued.