Dinosaur primitive continent Gondwana ancient land, 1885, Austrian geologist, geotectonist Hughes noticed that the rock formations on the continents in the southern hemisphere were very consistent, and it was inferred that they used to be disintegrated from the original continent. Yes, he called this primitive ancient continent “Gondwana ancient land” also known as “Southern ancient land” or “Gondwana continent”. Gondwana is a place name in central and eastern India. The range of Gondwana’s ancient land includes modern South America, Africa, Antarctica, Australia, and the peninsula of India and Arabia. Some people think that it also includes Central and Southern Europe and the Himalayas of China. area. 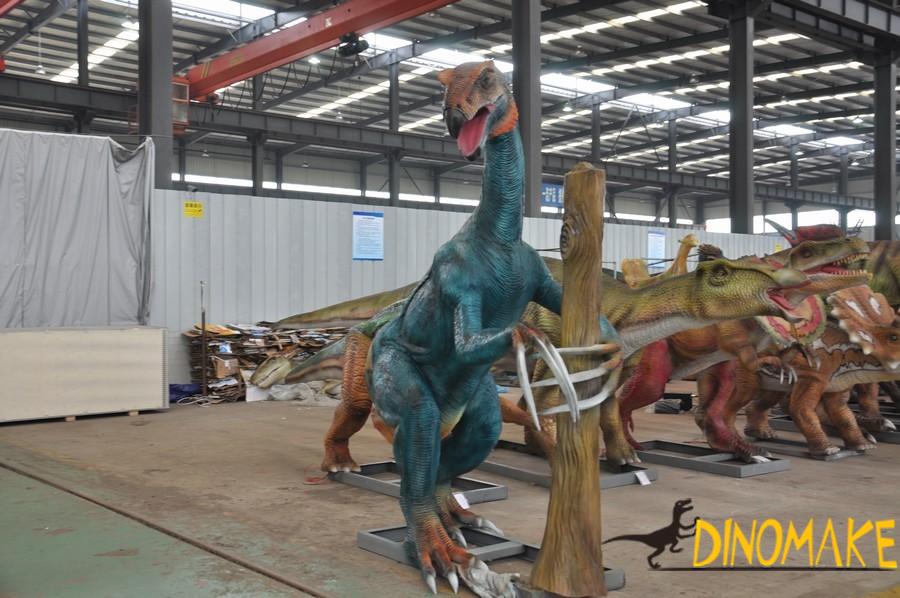 What is the Earth like a animatronic dinosaur lives 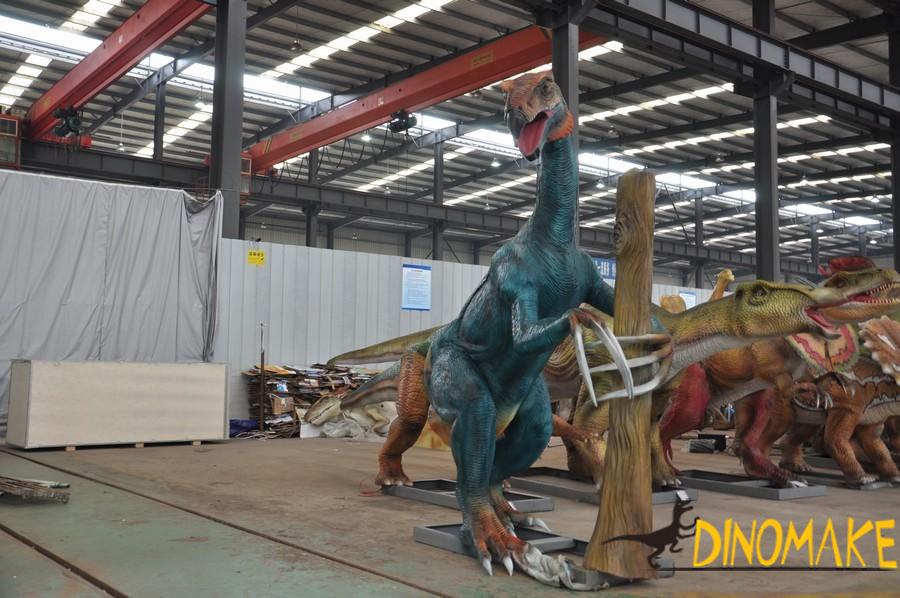 What is the Earth like a animatronic dinosaurs lives 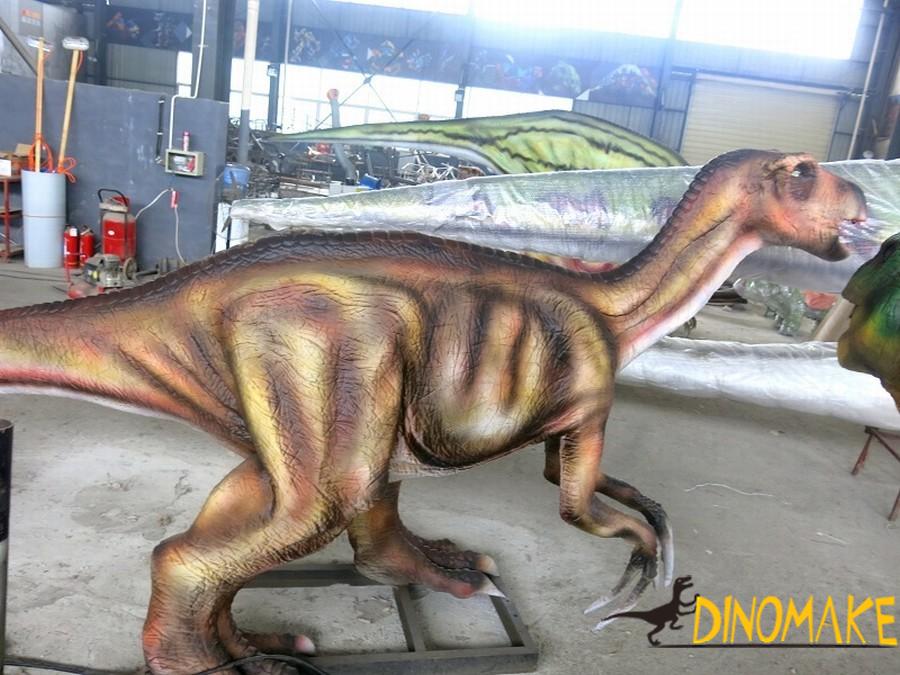 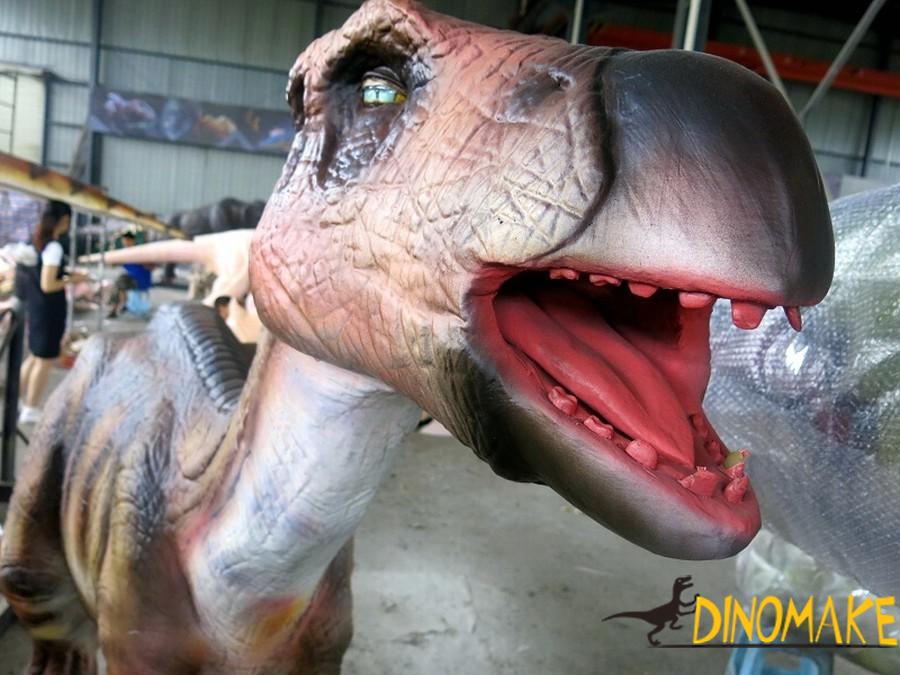 Geological data prove that the “Gondwana ancient land” did exist from various aspects. First, the spliced ​​land blocks not only match the contours of the coastline, but also, secondly, each land is very similar in geological structure and can even be connected to each other. For example, the rock combinations and fold directions of the African giant gneiss plateau are the same as those of Brazil; the Triassic fold mountains and mountain systems in the southwest of Africa are consistent with the fold mountain systems of Argentina in the same period; the gneiss fold directions of India are the same as those of Africa and Madagascar. It can also be connected to Australia, etc. Third, all the land blocks have the same paleontological group. For example, in the Triassic, there were widespread reptiles in each land block. Fourth, the land blocks generally existed in the land blocks. The Carboniferous to Permian moraine layers indicate that the paleoclimate was completely consistent at that time, and experienced a large glacial period, which alternated between the glacial period and the glacial period. Fifth, after the Gondwana ancient land and ancient land are combined with the Middle Carboniferous, the ancient magnetic pole positions and magnetic pole migration curves on each land block can be well matched.

Geological records have detailed the history of Gondwana ancient land. During the Proterozoic period, many areas inside the Gondwana ancient land formed several relatively stable platforms. After the Early Carboniferous, the Gondwana ancient land with unified historical features was formed. However, since the Late Carboniferous, there have been differential elevations within the ancient land, forming intracontinental rifts. Before the Late Paleozoic, the unified Gondwana ancient land and the northern Laoya ancient land were narrow in the west and wide in the east. During the Triassic in the Mesozoic, a narrow trench formed in Madagascar in eastern Africa, indicating the beginning of the disintegration of the Ouganwana ancient land. From the end of the Jurassic to the Cretaceous, the Indian Ocean widened. The Indian Ocean separated from Australia and Antarctica and gradually drifted northward. The Atlantic Ocean expanded significantly, and North and South America separated. Entering the Cenozoic era, Antarctica drifted southward and eventually separated from Australia, forming today’s land and sea pattern. In modern times, the Red Sea began to form, the Arabian Peninsula broke away from Africa, and the rift valley of East Africa emerged, which indicates that East Africa will have further divisions and a new sea area, the right ocean, will be born again.