Poseidon lived in the early Cretaceous. In 2001, the Zigong Dinosaur Factory in Sichuan produced the world’s first animatronic Poseidon dinosaur. This dinosaur fossil was discovered in the state of Klahoma, and its name is explained in Greek. Is “Lizard-Poseidon”. Due to its own weight, Poseidon dinosaurs are relatively bulky to walk. Adult dinosaurs are about 33 meters long and are herbivorous sauropods. The Poseidon is a brachiosaurus member of the Early Cretaceous and is one of the most known dinosaurs. The Poseidon is similar to the Brachiosaurus, but is larger than the Brachiosaurus, with a height of 9 meters and a length of 19 meters. The Poseidon dinosaur is about 34 meters long, but may be 19 meters tall, more than 6 meters taller than the largest brachiosaurus, and weighing 52 to 66 tons. The Poseidon dinosaur is the largest dinosaur after the Argentinosaurus. The neck of the Poseidon may be longer than that of the Mamenchisaurus, reaching 13 meters, and a section of its cervical spine is 1.6 meters long. In 2017, a Poseidon dragon with a length of 28 meters and a height of 7 meters was produced. Undertake all animatronic dinosaur exhibitions and animatronic insect lease business in Zhejiang Province, such as Ningbo, Zhoushan, Hangzhou and other cities. 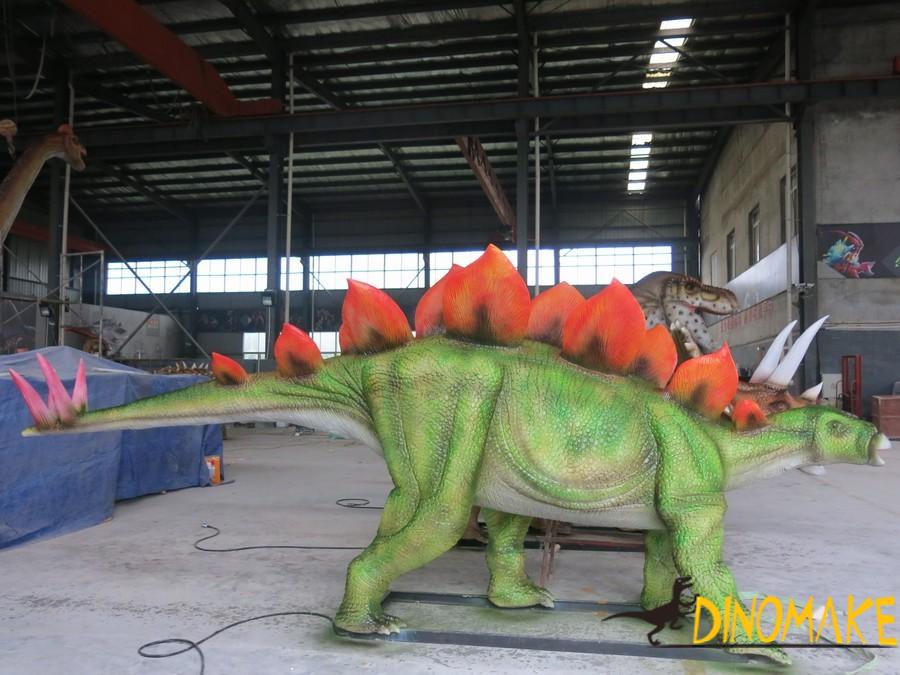 Poseidon’s dinosaur fossils were discovered in a village in Oklahoma, not far from the Texas border. Fossils of animal spine, 120 million years ago, were found on the ground by locals. A team of people at the Oklahoma Museum of Natural History excavated five fossils of the cervical spine. These fossils have been restocked since then, when it was considered the trunk of a prehistoric tree. It was later discovered in research that it was a dinosaur fossil, and it was not until 2000 that it named the Poseidon dragon. Studies have shown that Poseidon dragon can be said to be the largest free walking animal on the planet. Our company’s animatronic Poseidon dinosaur model is animatronic intelligent. The mouth, eyes, nose, neck, belly, and tail of the dinosaur can move, and we have restored the dinosaur’s call to the unearthed fossil structure.

This Poseidon dinosaur is very realistic and looks very angry. Of course, the Argentinosaurus has proved to be the largest dinosaur. Therefore, it is impossible to make a correct judgment on the volume of dinosaurs with only such a large number of dinosaur fossil specimens. Therefore, it is impossible to make a correct ranking. The length of the neck of the Poseidon dinosaur is estimated to be 12 meters. The big root can be raised to reach the height of 6 floors. The long neck and the front shoulders are special for brachiosaurus. The shoulder height is about 7 meters from the ground. The largest dinosaur wave is known. The weight of cetonosaurus can reach tens of tons. In 2018, we have done animatronic dinosaur exhibition business in Zhengzhou, Wuhan, Hunan, Hubei, Hainan, and Jiangsu.