There is a strange dinosaur in the powerful dinosaur family. These dinosaurs have a hard bone plate on their backs, like a sword. This feature makes it unique among thousands of dinosaurs. There is a strong attraction in the heart, and time has passed from the unearthed stegosaurus fossils. People have known them again. The model of dinosaur stegosaurus is also one of the most popular dinosaurs in the dinosaur exhibition industry. 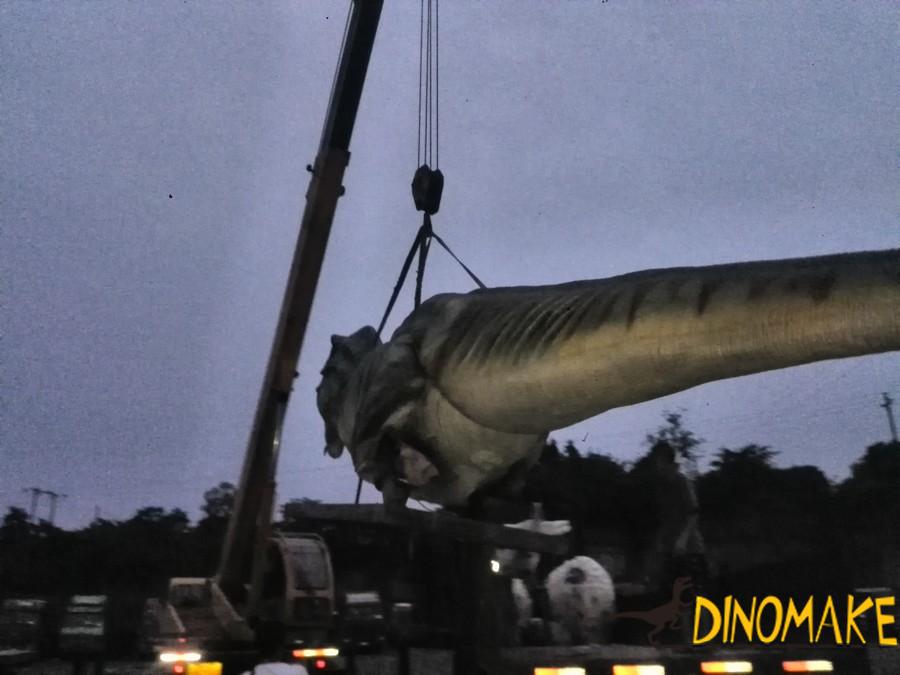 Stegosaurus lived in the Cretaceous Period of the Jurassic Period. It was a kind of plant-based dinosaur. Stegosaurus reached a length of about 10 meters and a height of about 3.8 meters. It is a four-footed walking dinosaur. Its front feet are shorter than its hind legs. For strength, the sword on the back is divided into two rows. It grows from the back of the neck to the tail of the back. There are 4 on the tail. The sword on the back is larger and longer. The sword on the back is very strong. Defensive capabilities, the four nailed bones on the tail are offensive. An adult stegosaurus weighed about 3 tons and was considered a middle-low dinosaur at the time, but the sword on its back protected it well from the tyrannosaurus dinosaurs. Stegosaurus was a group of dinosaurs that lived together in the family. Jurassic period rich plants made them huge. Paleontologists have studied Stegosaurus for a century, and its fossils were unearthed as early as 1877. We have 14 stegosaurus fossils, ranging from the smallest 3 meters to the largest 8 meters. There are various types of dinosaur stegosaurus fossils, standing type, sleeping type, two-legged type, etc. There are 8 stegosaurus called, and the 5 meter long stegosaurus model is the most. In the color of stegosaurus, we have the traditional color, as well as the color series newly produced in May 2018. So many stegosaurus models can fully meet Various exhibition requirements, such as museum exhibitions, must have a strong scientific basis for dinosaur models, must be produced in accordance with unearthed fossils, and real estate dinosaur exhibitions must be ornamental, so the colors must be bright and bright.