T-Rex the most famous carnivorous dinosaur

Tyrannosaurus Rex is the beginning of many people’s understanding of dinosaurs. Tyrannosaurus Rex is also a representative of the entire dinosaur family, and is also a star dinosaur of the dinosaur family. Chinese name: Tyrannosaurus, Latin name: Tyrannosaurs, body length: about 14 meters, distribution area: North America in the Americas and Western Canada. Tyrannosaurus Rex, also known as Tyrannosaurus Rex, is the cruel lizard king. It is one of the most famous carnivorous dinosaurs in the world. It is about 14 meters long, 5 meters high at the shoulder, and weighs about 10 tons. It lives in the Cretaceous Period. In the late period, about 68.5 million years ago, it was one of the last dinosaur populations before the Cretaceous to Tertiary extinction events. Its fossils are distributed in the United States and western Canada in North America, and they are more widely distributed than other Tyrannosaurids. In 2019, we produced a Tyrannosaurus Rex with a straight line length of 20 meters. This dinosaur is currently the largest dinosaur in the domestic animatronic dinosaur exhibition industry, and its height reaches 9 meters. 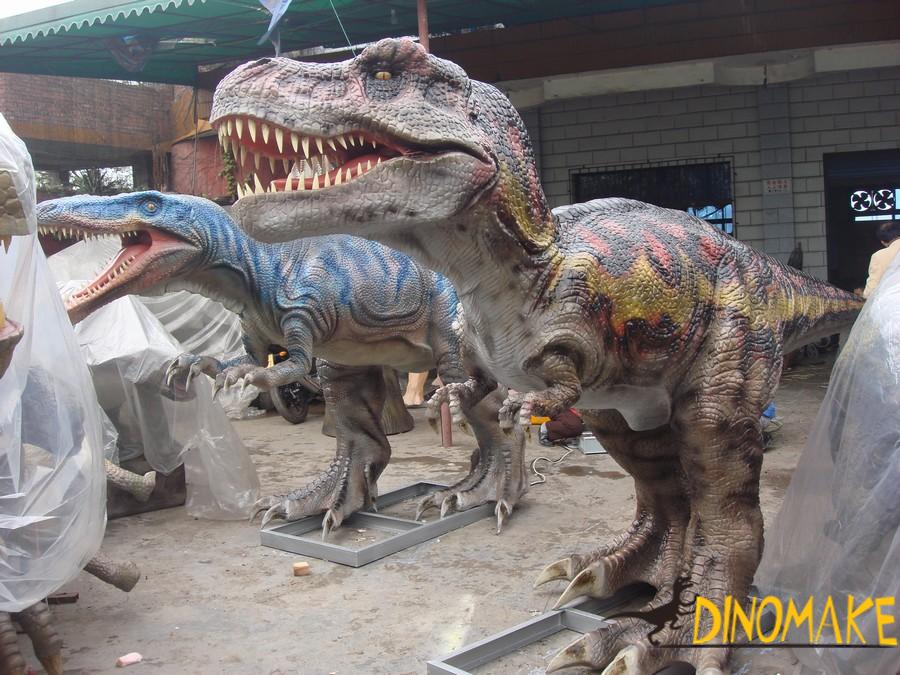 T-Rex the most famous carnivorous dinosaur

In 1903, American dinosaur fossil collector Barnum Buddy found the first T-Rex skeleton in Hale Creek, Montana, USA. Tyrannosaurus Rex has a large body, with a large skull, up to 1.6 meters, and a heavy skull. Tyrannosaurus’s eyes have a three-dimensional video forward. The video is very good. Tyrannosaurus’s teeth are extremely developed, and each sharp tooth is about 30CM long. The longest exposed part is 15CM. The edges of the teeth are jagged, the pins are slightly curved, the jaw is strong and strong, and the articular surface is behind. The structure of the jaw and teeth makes him a strong man in the carnivorous dinosaur. This structure allows you to tear and chew big. It is a piece of meat. The tyrannosaurus has strong and strong hind legs, three toes on the soles of its feet, and sharp claws on its fingers. Its claws and teeth are its weapons, but its front claws are short and can’t cause damage to others. The heavy tail is used to maintain balance. Tyrannosaurus Rex is the largest dinosaur in the Tyrannosaurus family, and it is also one of the most famous land predators so far. Then, in the production of Tyrannosaurus Rex, this scientific knowledge is strictly required. Only in this way can visitors truly understand the dinosaurs, and the animatronic dinosaur exhibitions have its real meaning.