Today we mainly introduce a small dinosaur in the animatronic dinosaur series-Ankylosaurus.

Ankylosaurus is a powerful vegetarian animal. With their perfect defenses, they can compete with the most brutal predatory dinosaurs of that era. Ankylosaurus’s most obvious sacrifice is its thick armor, forming a large round deck, embedded in the skin. The deck is neatly arranged in rows on its neck, back and hips, and the Ankylosaurus has them, as if it had become an armored tank, traveling in a dangerous dinosaur world. If a carnivorous dinosaur wants to attack them, these bone plates can protect the Ankylosaurus from the violent attack of the sharp teeth of the carnivorous dinosaurs. We not only have animatronic ankylosaurus, but also an ankylosaurus skeleton. There are dinosaur fossil stands of 3 meters, 5 meters, and 8 meters. 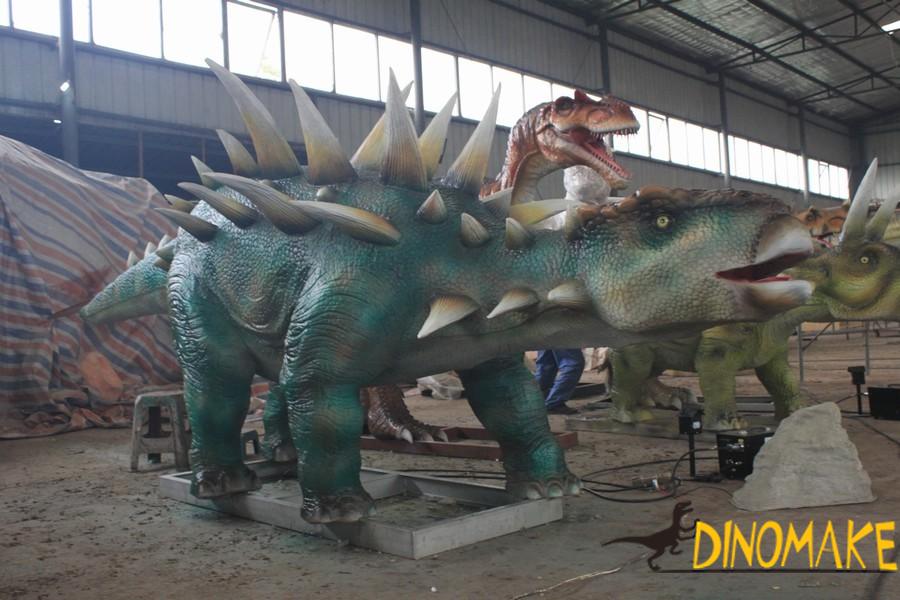 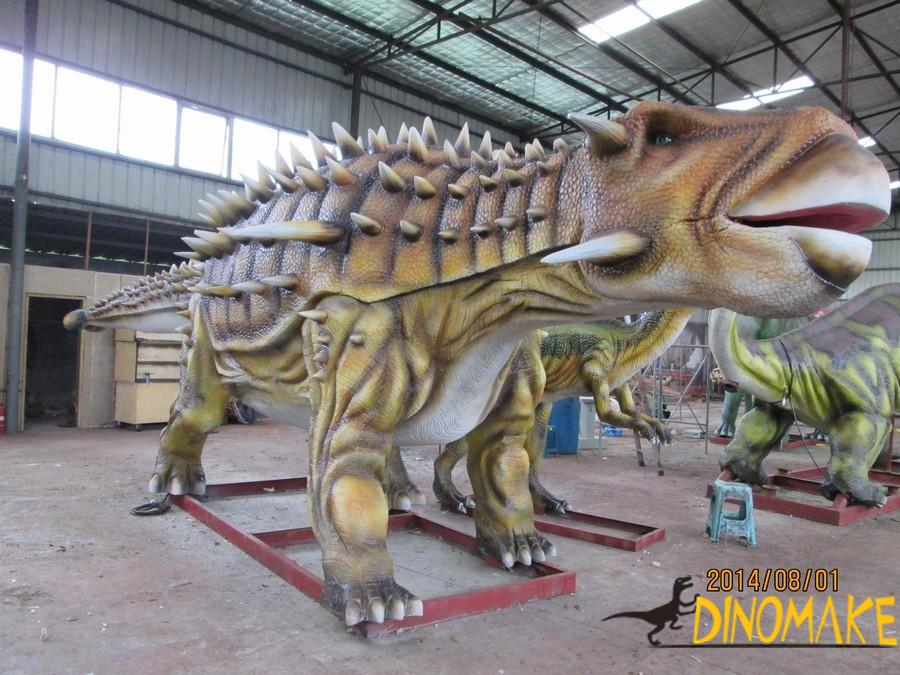 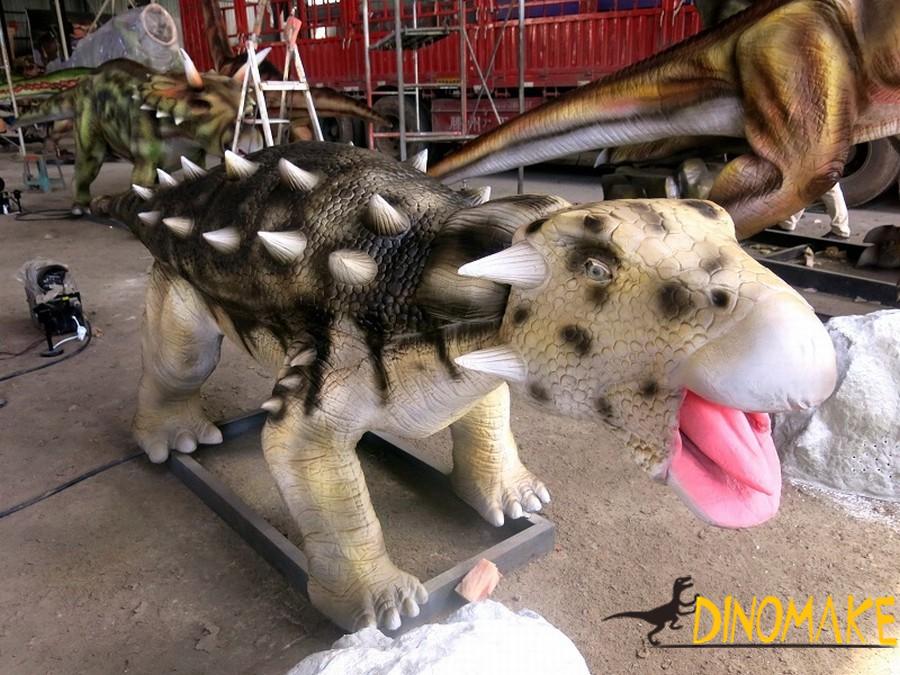 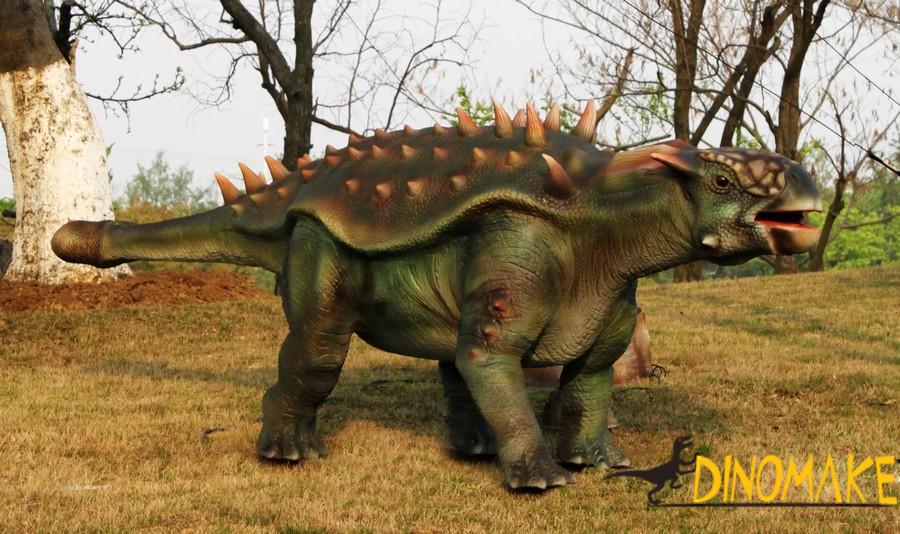 The size of a fully-fledged ankylosaurus is very large. The body length of an adult ankylosaurus is more than 9 meters, and some even reach 10 meters. Paleontologists have also found that some small ankylosaurus individual fossils are also about 6.5 meters long. Ankylosaurus’s head is very small and disproportionate to its huge body. Ankylosaurus is not clever among dinosaurs. Ankylosaurus has no orbital holes. Ankylosaurus has poor eyesight. It is the myopia of the dinosaur family. The department has no teeth, but a horny sleeve. His teeth are small, so he can only eat fresh and juicy plants that are easy to chew. Facing the enemy, the armored dragon did not use his own agile escape to save himself from danger, but used his thick armor to resist the attack. Ankylosaurus resembles a walking tank. So someone also gave it a more vivid name-Tank Dragon.