Cangmeng land and land battle, grassland hunting, mysterious extinction, lost forever, fossil remodeling … In the distant and ancient Mesozoic era, a group of mysterious behemoths-dinosaurs lived on the earth. They were the masters of the world at that time. They had ruled the earth for about 150 million years. Whether they were plains, forests, swamps, or lakes, their footprints can be seen everywhere. However, dinosaurs suddenly became bizarre 65 million years ago. The extinction has given people unlimited question marks. Since the first discovery of dinosaur fossils in the mid-19th century, generations of people, whether adults or children, have been curious about dinosaurs. Then, who found this creature that is huge and dominated the earth for nearly 160 million years? In fact, friends who have read the previous article on the simulation dinosaur website must know the promise.

What are the characteristics of these dinosaurs? What a fierce battle the dinosaurs with different temperaments experienced? What is the environment in which they live? How do you survive and reproduce? How does the pair communicate? Why did they mysteriously disappear in the end? All these questions have attracted countless people to know about dinosaurs, not only the hard-working scientific researchers but also ordinary dinosaur lovers. 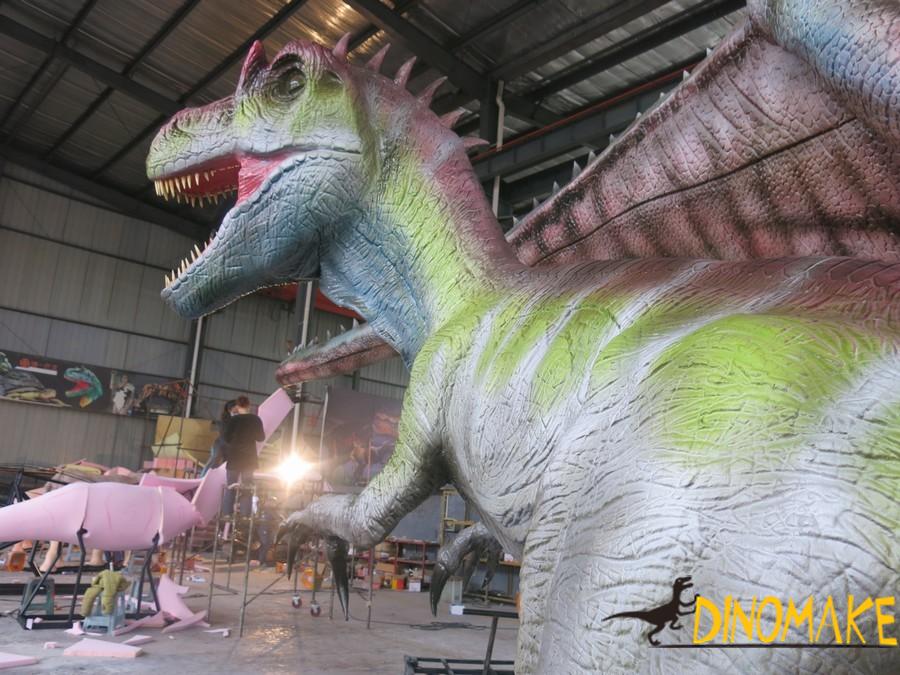 These magical dinosaurs have their own characteristics. The dinosaurs have scythe-like claws and are agile. They like team battles. Baotou is huge in shape. They like to be alone. The thick rod-shaped tail bones are infinitely powerful. Careful and inseparable, Egg Stealing Dragon is agile, with feathers on its limbs that can hatch eggs, but it bears the stigma of a thief.

With the unearth of a new dinosaur fossil, human curiosity was also mobilized. Some dinosaurs have strange characteristics that we have never known before. Some dinosaur fossils have many of the same characteristics as previously unearthed dinosaurs. We focus on the research of dinosaur knowledge and have made outstanding efforts in the production of simulation dinosaurs. The simulation dinosaurs we produce have scientific appearance, atmospheric appearance, and the external structure is strictly made according to the proportion of fossils. It is the first choice for museums and science museums.