Dragon in Legends—Wawel dragon in Poland

Dragons widely appear in legends all over the world. Today, I’d like to share a dragon fairy tale from Poland. 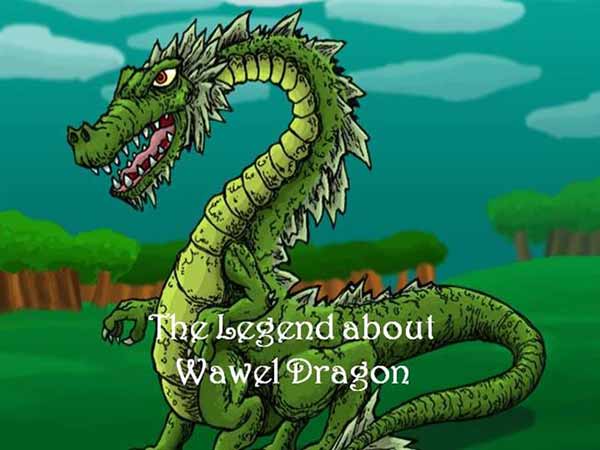 Long long ago, there was a evil dragon lived in a dark cave at the bottom of Wawel hill. People call it Wawel dragon.

In one word, the dragon caused massive destruction to the local’s life and economic.

Even the king started to worry about it. He said that no matter who can slay the dragon own the right to marry his daughter and inherit his throne.

Many knights and noblemen tried but failed. Finally, they all died because of the fire breathing or bloody huge mouth. 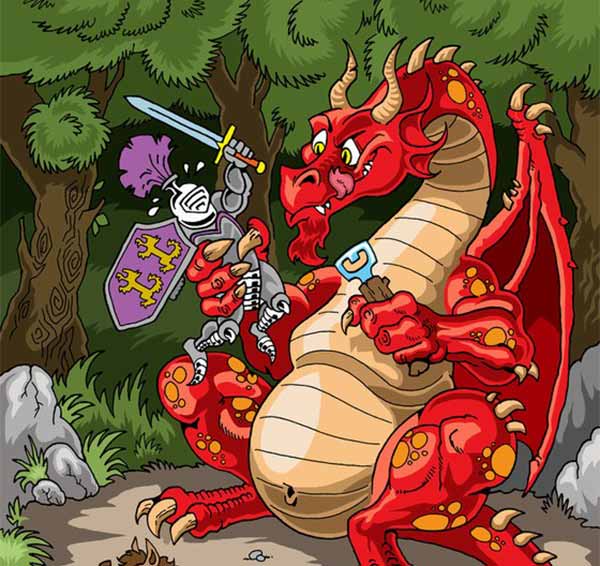 One day, an apprentice of a shoemaker– son of a poor farmer who named Krak came to visit the king and request to have a try.

The king noticed that he even did not have armor, let alone a sword. But, he promised because there is not another way.

Although Krak is poor, he is not a stupid person. He had a plan to slay the dragon.

Firstly, he managed to get a died sheep and filled it with sulphur(a powder that very easy to catch fire after heated) and chili.

Then he sneaked to the entrance of the dragon cave and thrown the died sheep here.

After smelled the blood of sheep, the greedy dragon eagerly swallowed it without any doubt.

However, it suddenly felt a huge pain in its stomach, the sulphur and chili are hurting its stomach.

Wawel dragon hurriedly went to the river for drinking. But, it is in vain. River water soon filled its belly but the pain did not reduce a little. It filled up like a balloon and sickly kneeled down. 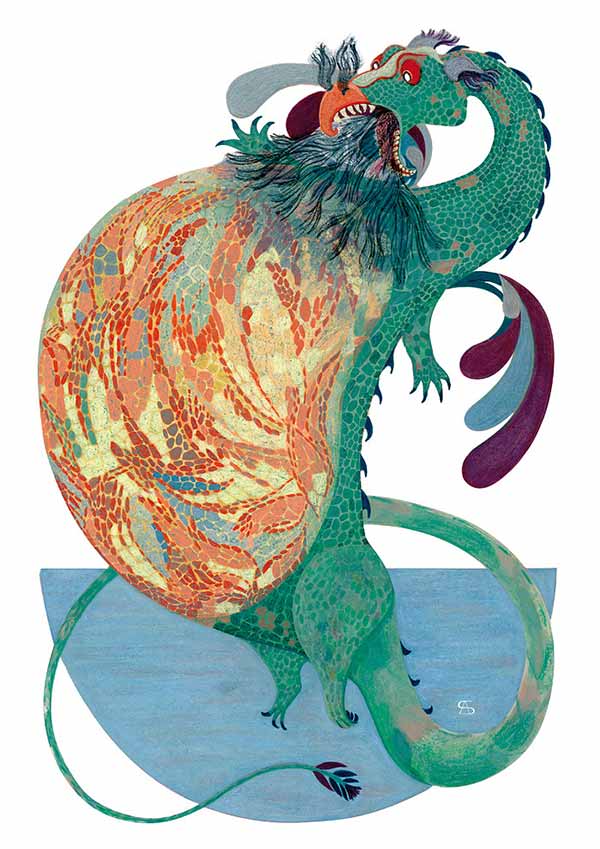 Then, Krak showed up and attacked the dragon by throwing stones in a distance.

The dragon was trying to counterattack but it can not move forward with a belly filled with water.

So it turned to breath fire instead. However, not fire but steam came out its mouth. The fire was watered out by the water in the stomach.

The harder the Dragon blew fire, the more water it turned into steam and squeezed into its belly. Finally, it exploded and died.

Krak successfully slew the dragon and won the treasures of the dragon. And, the king kept his promise to let Krak married his daughter and inherited his kingdom.

From then on, they lived a happy life.

This story is well-known in Poland, it is said that Krakow, the second largest city in Poland is to memorizing the dragon slayer Krak.

Some stage shows also display this story. Animatronic dragon puppets are necessary in those shows. 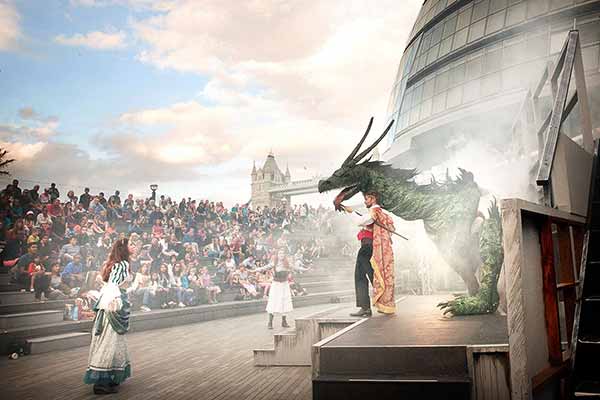 Our animatronic Wawel dragon is a life-size model for those shows made according to the Wawel dragon. 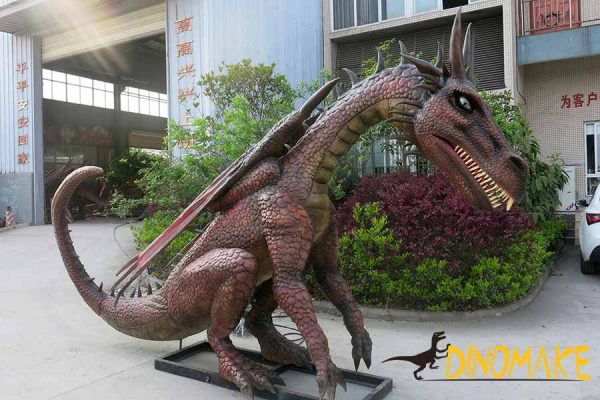 It is dynamic with motions and voices. It can make motions of eyes, mouth, head, wings, limbs, etc. 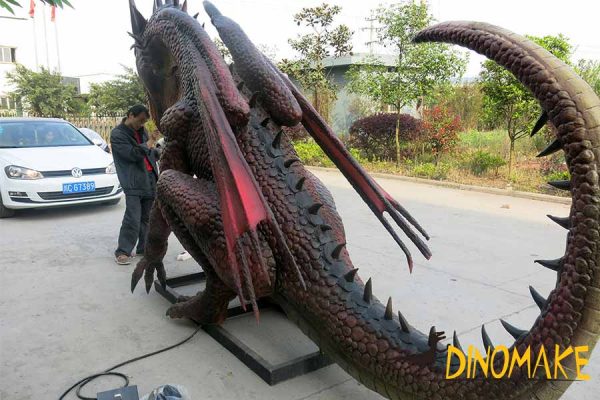 Because of it’s realistic appearance, the animatronic dragon is highly praised by our clients.

Video of the animatronic dragon

We can provide all kinds of custom animatronics. Please feel free to contact us if you are interested in our animatronics.