The story about Saint George and the dragon might be the most famous story related to dragon. 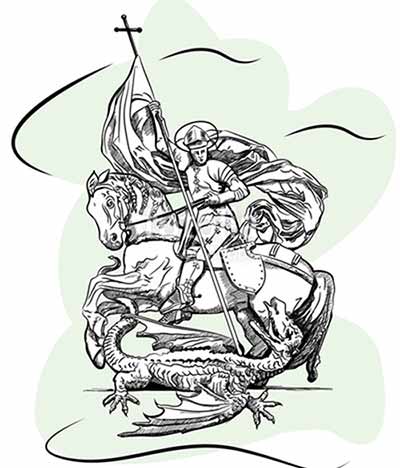 Saint George And The Dragon

It is said there was a huge evil dragon that lived around a water spring in ancient Libya. Unfortunately, the spring is the only water supply of a city. Therefore, people have to offer up a sheep as a sacrifice when they get water.

But, the dragon gradually get tired of sheep meat. It asked for human sacrifices.

Without the strength to defeat the dragon, people have to sacrifice an innocent human each time when they need water.

For the sake of fairness, people draw lots to decide who should be sacrificed.

One day, the princess had draw it. Although the king is very reluctant to send his daughter to death, he wasn’t powerful enough to against the will of people.

The princess was tied to a branch nearby the water spring waiting for her death. 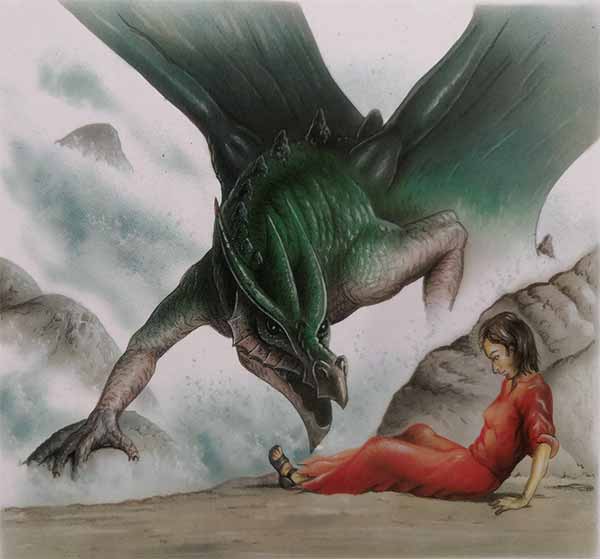 The princess waiting for her death

Saint George, a Roman soldier come cross here accidentally. He saved the princess and fought against the evil dragon.

It was a ferocious battle, the spear of Saint George broken to pieces. But, he wounded the dragon with experienced battle skill.

Saint George and the princess drag the injured dragon to the city.

He claimed that he will kill the dragon if people are willing to believe in Christianity.

Finally, all the people converted to Christianity and Saint George killed the dragon with his sword.

There are a lot of artworks related to this story, paints, statues, opera etc. 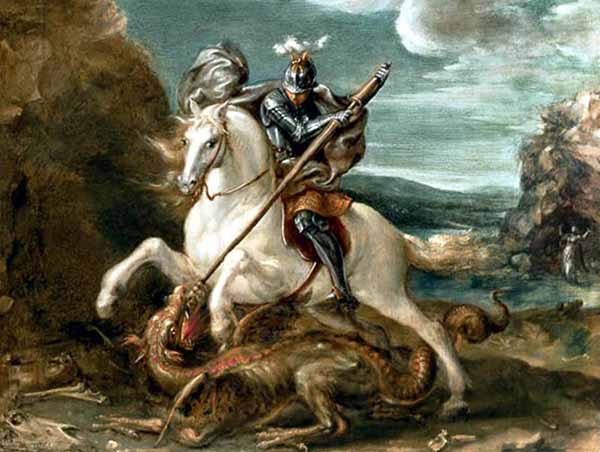 We also made animatronic dragon according to it. 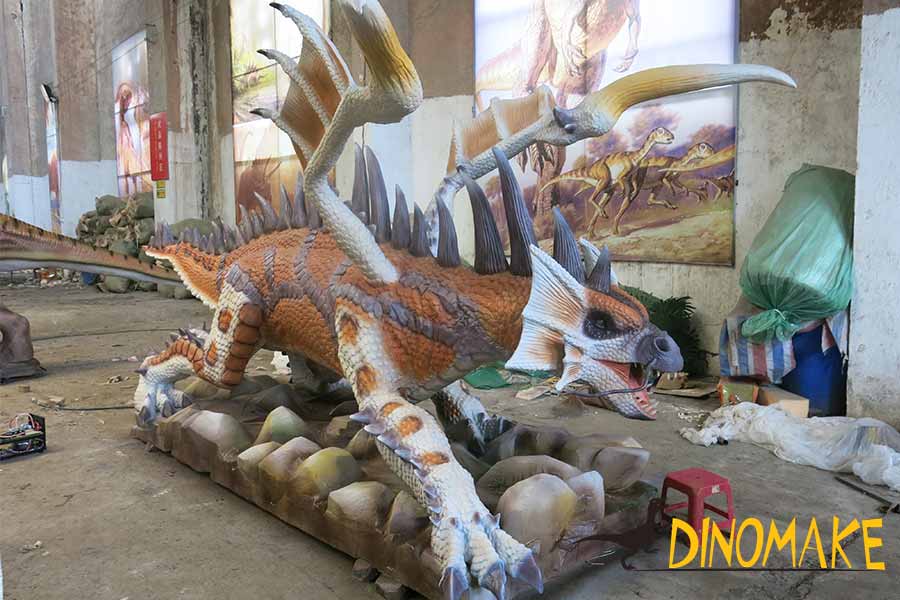 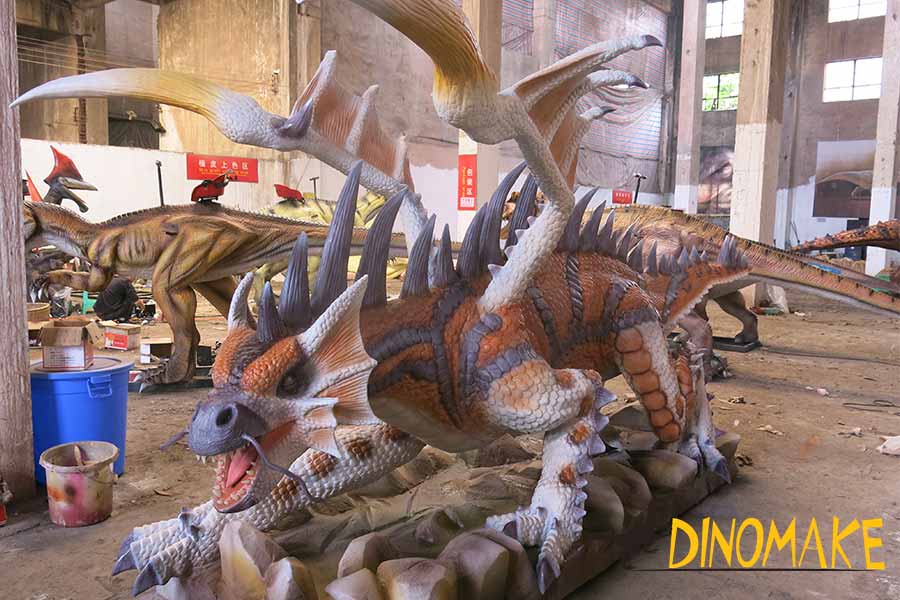 With realistic appearance and lifelike motions, it is highly praised by our clients.

We provide all kinds of custom animatronics, please feel free to contact us if you are interested in our animatronic dragons.