Why do dinosaurs dominate the Mesozoic?

Why do dinosaurs dominate the Mesozoic? 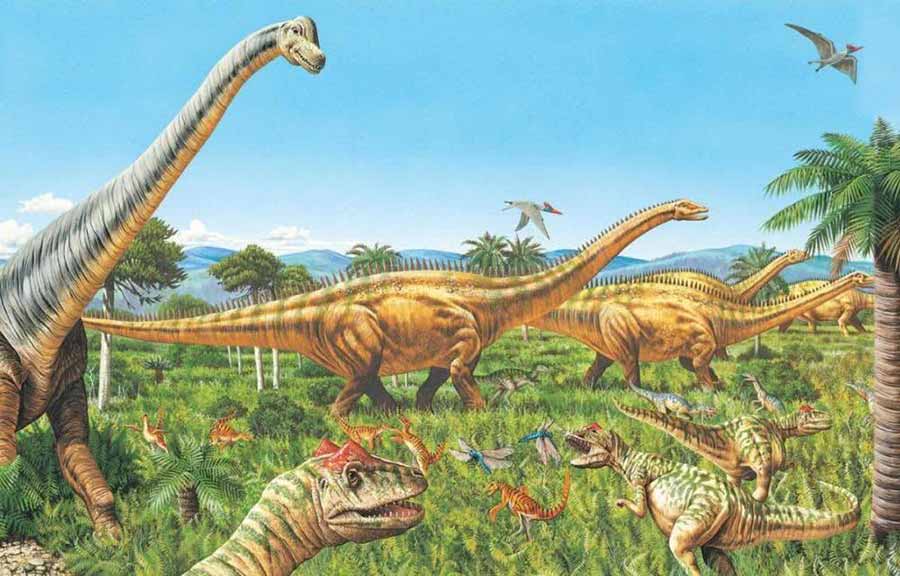 In the long Mesozoic era, the earth’s land, sea and air ecology were controlled by a variety of reptiles. The dinosaur is the leader of the big family of reptiles. It has an absolute advantage in both species and quantity. It was the real hegemon on land at that time. Why can dinosaurs become the real hegemon of the Mesozoic? The main reasons are:

1. Excellent natural environment. During the Mesozoic era, the global climate was warm and humid, the changes in the four seasons were small, the climate zoning was not obvious, the equator was not so hot, the polar regions were not so cold, and the poles did not freeze. At that time, the crustal movement was in a relatively calm period, with a relatively flat terrain, numerous rivers and lakes, and lush vegetation. Such a natural environment is undoubtedly the blissful world of dinosaurs, which is very suitable for the survival and development of dinosaurs.

2. When dinosaurs appear, they have a stronger competitive advantage than other reptiles. The dinosaur has a fully erect limb structure that is larger than other animals. Because the hind limbs are longer than the forelimbs, it is not convenient to walk on four feet. Therefore, many types often use two hind legs to walk, and the running speed is also very fast. The thick tail becomes a good balance organ for dinosaurs to balance the weight of the front of the body. At the time of the appropriate environmental conditions, they were extremely agile, lively and full of vitality. Early dinosaurs were mostly carnivorous. They walked upright with two hind legs, running fast, forcing the prey to help prey, and hunting other reptiles. On the earth at the time, there were no opponents who could fight them. 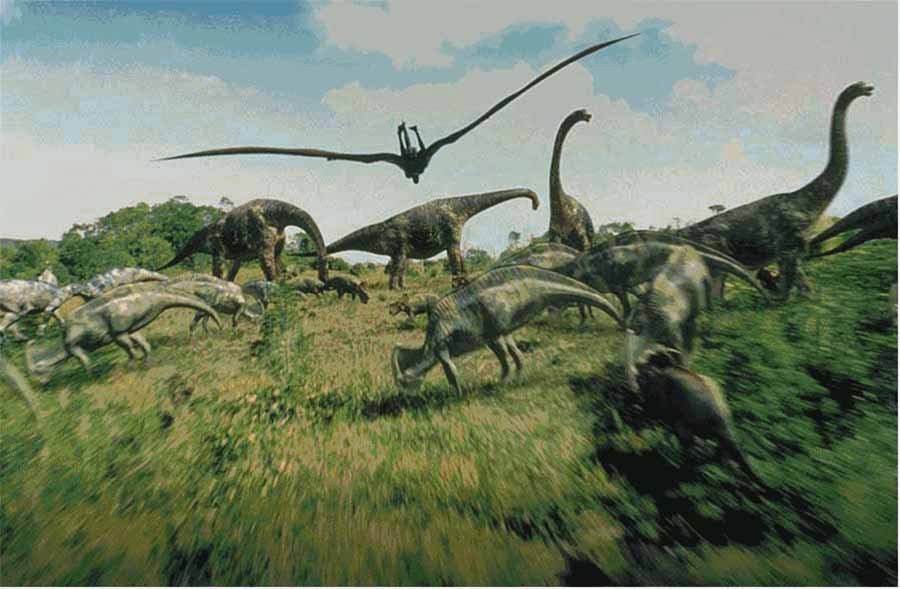 3. Dinosaurs have strong evolutionary potential. In the early days of the Mesozoic, dinosaurs were still a very young group, and they were full of vigor and vitality, with strong adaptability and evolutionary potential. The completely upright posture makes the dinosaur’s body no longer oppressed from the ground, thus promoting the evolution of their digestive, circulatory and nervous system systems, making them more capable of rapid movement and reaction. Dinosaurs occupy the best ecological environment on land. They develop rapidly and dominate the Mesozoic era, becoming a great spectacle in the history of life development.

The Dinosaur Timeline in Mesozoic Era

Alvis XieSales Consultant
Alvis Xie, Sales consultant from KANOSUR team. Editor of www.dinomake.com.
Graduate for Sichuan University of Technology which is located in Zigong city, the city named “hometown” of dinosaurs in China.
E-mail: sales04@kanosaur.com
Whatsapp:+8619934388626
Linkin:Alvis Xie
By Alvis Xie|2019-09-26T05:48:14+00:00May 24th, 2019|Dinosaur Wikipedia|Comments Off on Why do dinosaurs dominate the Mesozoic?