The Opinion To Iguanodon

The Opinion To Iguanodon

What’s the dinosaur  in your mind when we talking about dinosaurs?

The answer might be T-rex, Velociraptor, Triceratops… In fact, there is a dinosaur might not be so hot but still has a important role in dinosaur kind. It is the Iganodon, which might be the first dinosaur been noticed by people. Although, the first named dinosaur is the Megalosaurus. 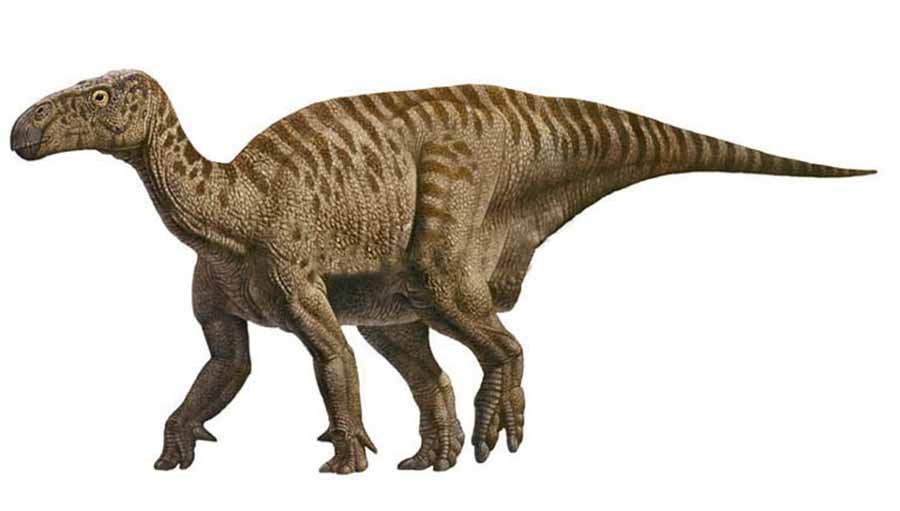 The discovery of Iguanodon fossils

The Iguanodon fossils was described been found by doctor Mantell, Gideon Algernon and his wife Mary Ann Mantell in 1822. 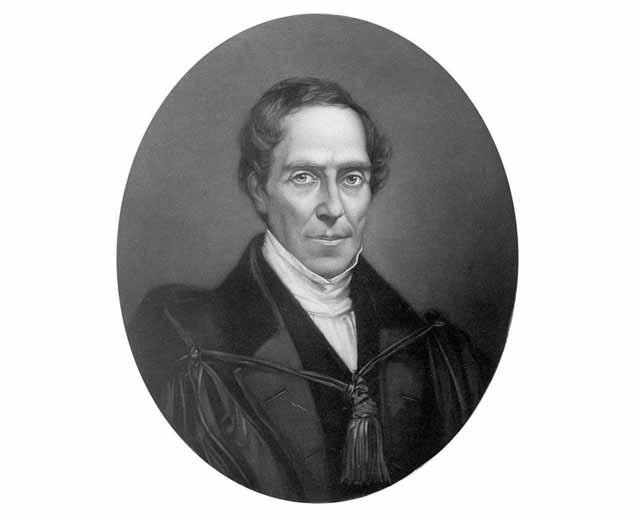 It was said Mrs. Mantell found the Iguanodon fossils(some teeth fossil)  in forest while her husband was visiting a patient. 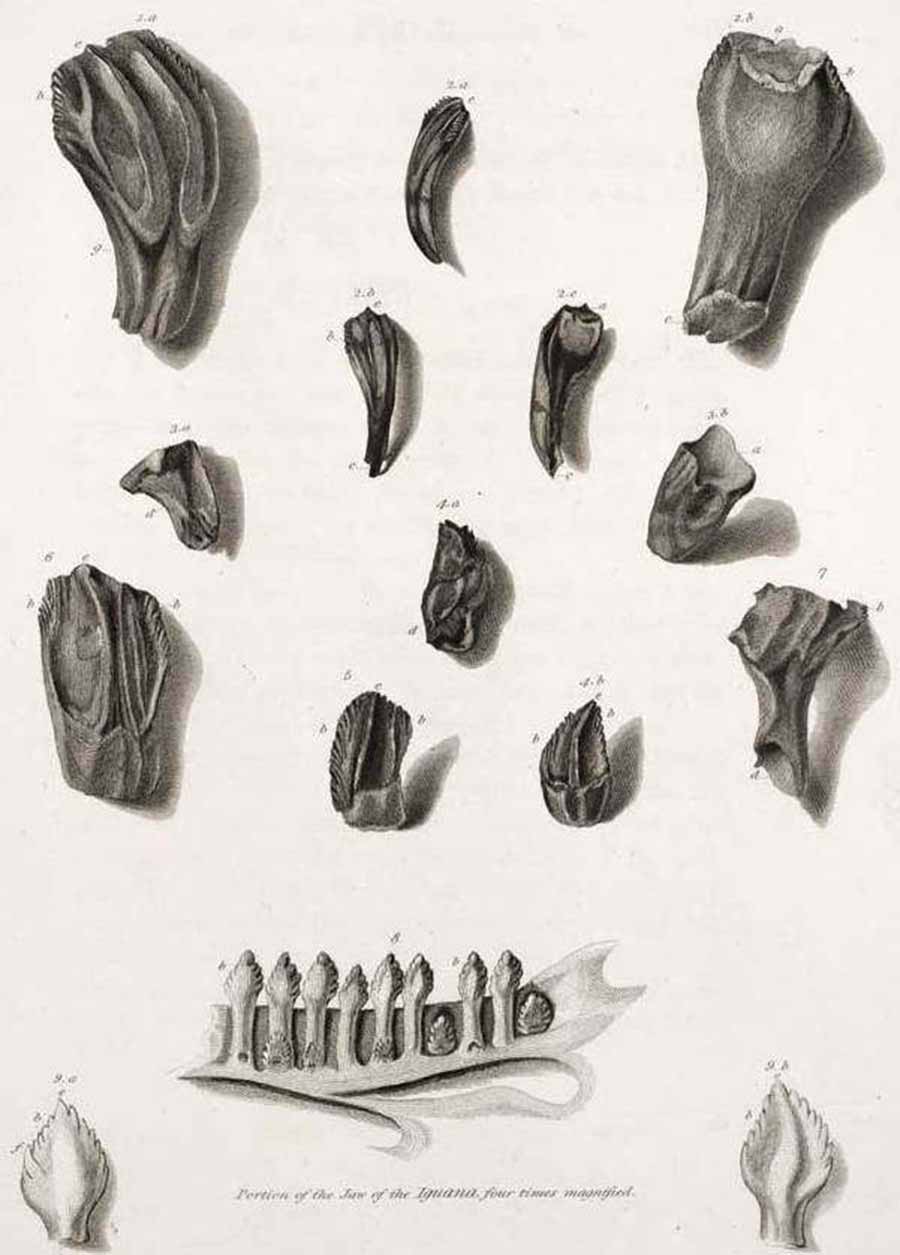 Doctor Mantell thought those fossils belong to a prehistoric carnivorous animal, but he did not know any kind it exactly was.

Mantell consulted famous scientists William Buckland and Georges Cuvier, they told him the fossils might belong to fish or mammals kind. After long time research, Mantell confirmed the similarity of the teeth fossil and iguana teeth and named genus of this unknown animal “Iguanodon” (means “iguana-tooth”).

Iguanodon was firstly thought as a carnivorous dinosaur. Mantell estimated it to be about 18 meter(59ft), more than the 12 meter length of Megalosaurus.  Another scientist Richard Owen thought the Iguanodon should be over 61 meter in length. And Richard thought dinosaurs are not lizards but an advanced kind of animal like mammals. Matell died in 1852 while Richard take over his place to build the Iguanodon statue at the Crystal Palace. Therefore, the image of Iguanodon created by Richard Owen was accepted by most of people in a long time. 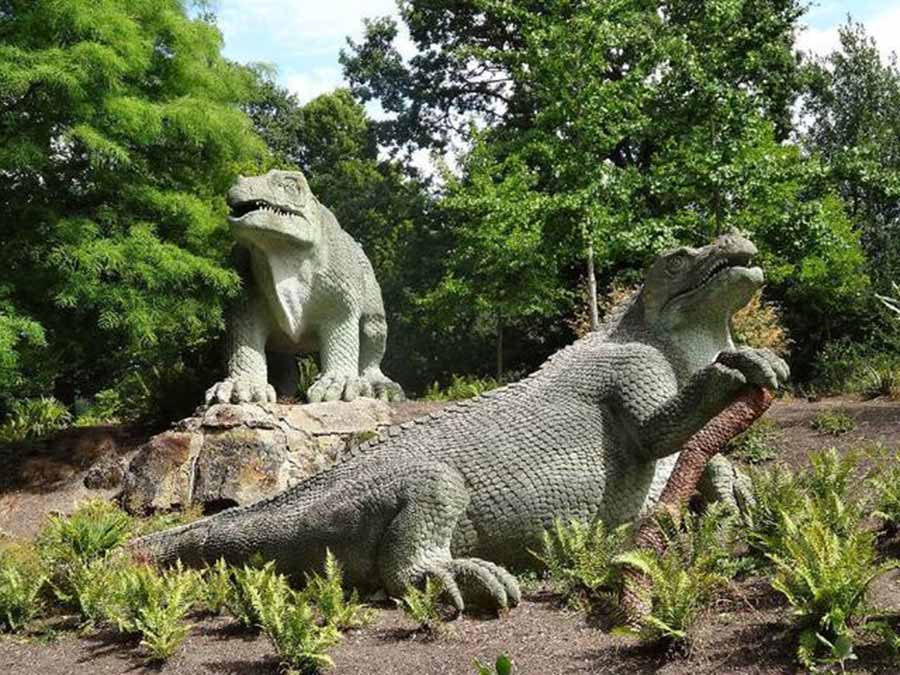 Iguanodon statue made according the Iguanodon image ceatued by Owen. 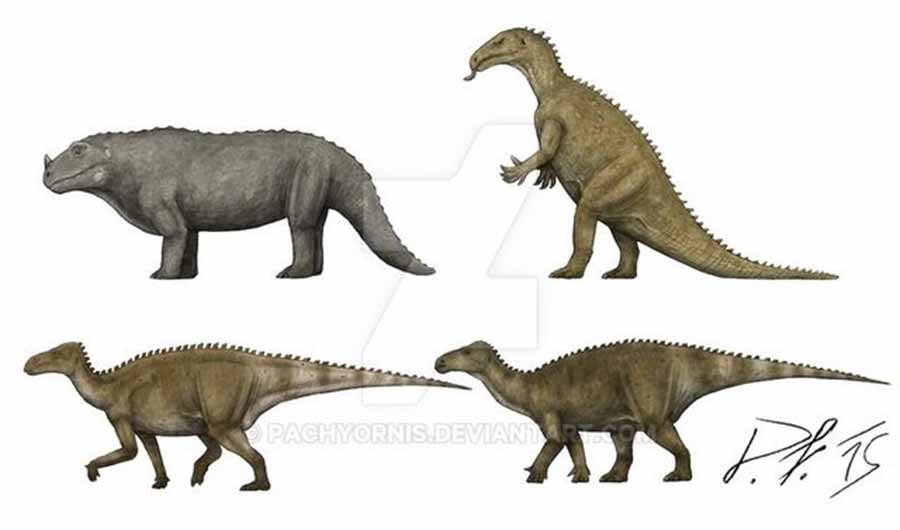 The discovery of Iguanodon reacts development of dinosaur research. Therefore Iguanodon is one of the most important role in dinosaur culture. And, it also appeared in a lot of popular culture.

For example the animation film Dinosaur made by Disney Animation. 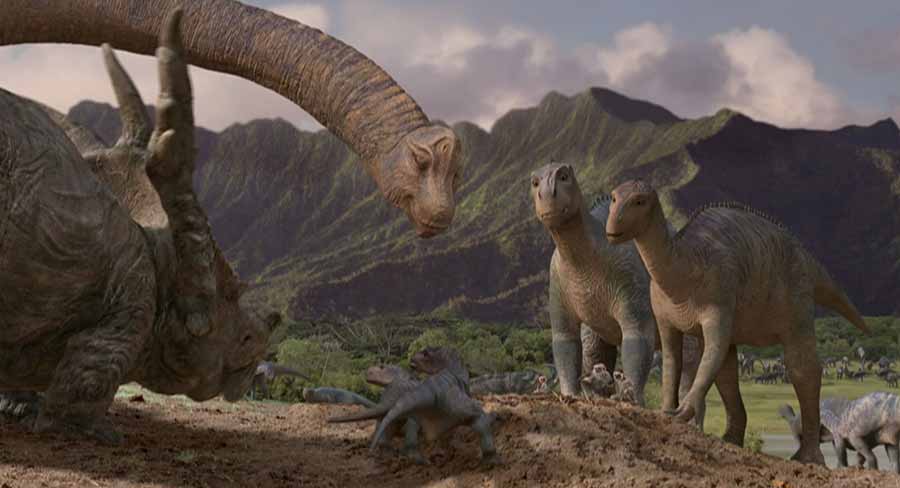 The Iguanodon statue is one of the landmark of Disney World in Auckland. 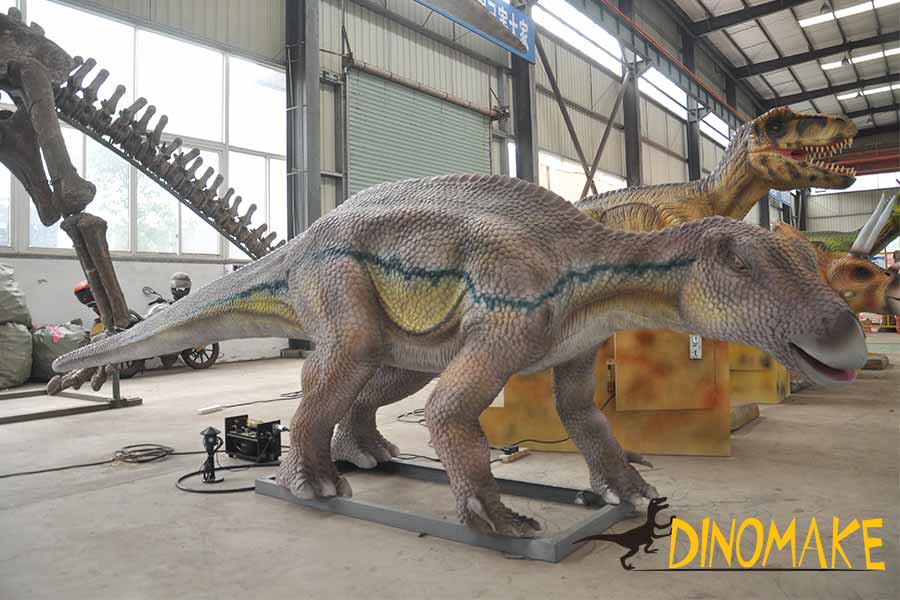