The Documentary Walking With Dinosaurs

The Documentary Walking With Dinosaurs

Walking with Dinosaurs is a 6 parts documentary that produced by BBC Natural History Unit. It mainly display the living sense of dinosaurs in Mesozoic Era. 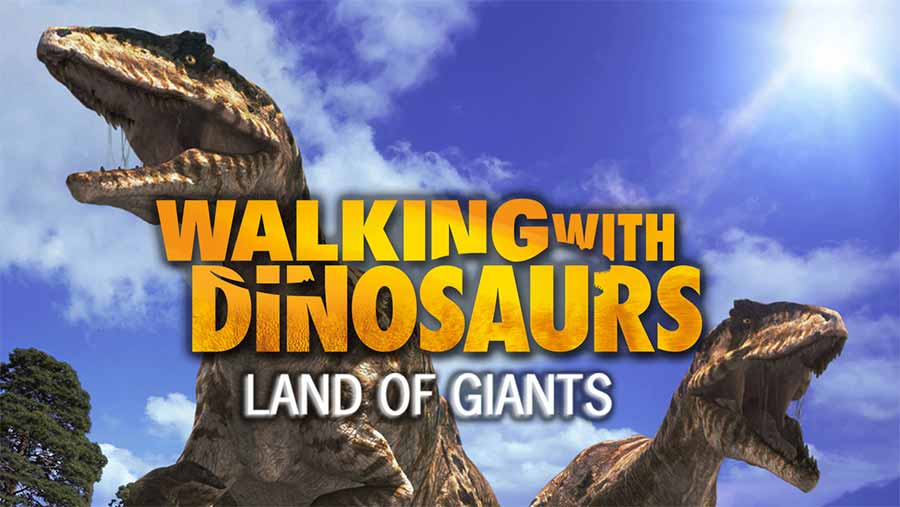 Unlike traditional documentary, the Walking with Dinosaurs use the film Jurassic Park for reference, adopt computer-generated imagery and animatronics to make the documentary.

Therefore, it shows audiences realistic dinosaurs and the lifelike living environment of them. Walking with dinosaur became a milestone of dinosaur documentaries.

Now let’s have a glance of the six-part documentary.

220 million yeas ago, Late Triassic (Arizona). There only one mainland in the world called Pangea. Reptiles rule the world for about 50 million years. But they are at the end of the day. Placerias is a represent of the reptiles. In this episode, Placerias are attacked by Postosuchus, and dying in the dry season. Coelophysis  chewing the died Placerias and survived from the dry season. The episode ends with the arrival of a migrating herd of Plateosaurus, foreshadowing the dominance of the sauropods after the Triassic-Jurassic extinction event. 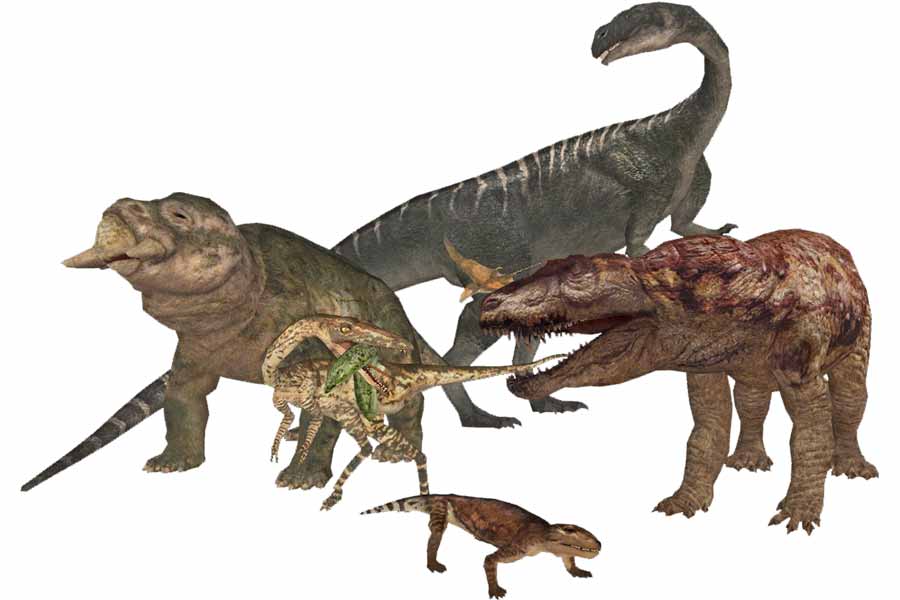 Dinosaurs and reptile appeared in this episode

2nd Time Of The Titans 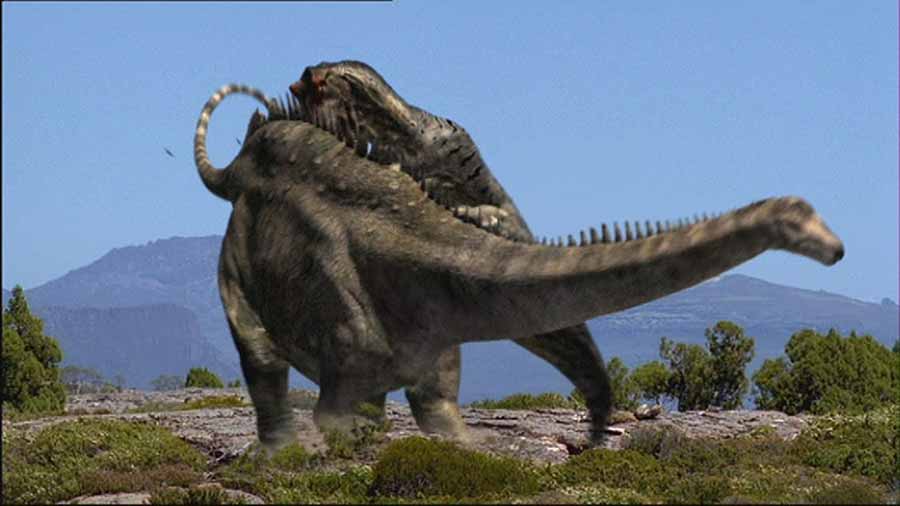 The largest sauropods dinosaur—Brachiosaurus also showed in this episode.

149 million years ago, late Jurassic (Oxfordshire). This episode introduces “dinosaur” in ocean—reptiles related dinosaurs in ocean. It displays the fierce competition for survival in Ocean via stories of Ophthalmosaurus , Hybodus ,  ichthyosaur,  horseshoe crabs… 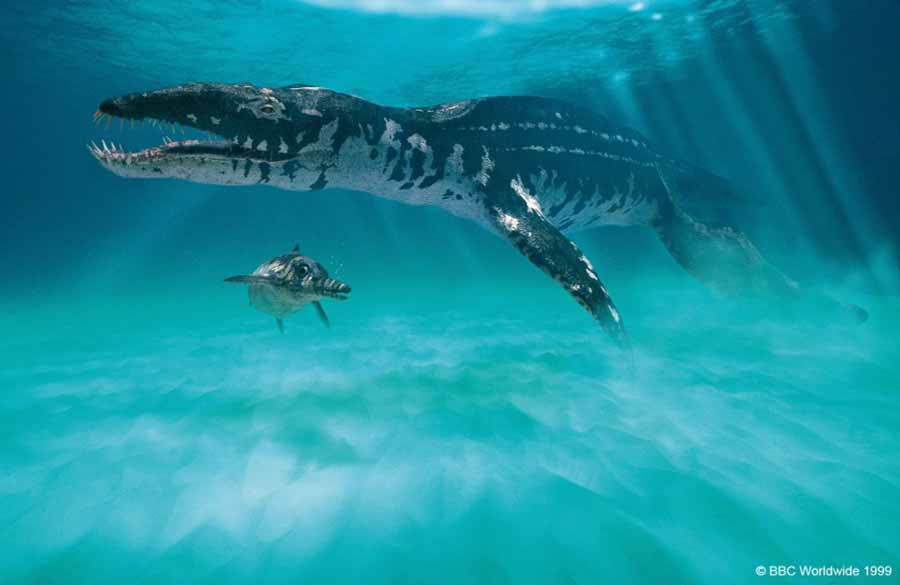 Ophthalmosaurus and its predator Liopleurodon

4th Giant Of The Skies

127 million years ago, Early Cretaceous (Brazil, North America, Europe and Cantabria) . This episode is about the Tropeognathus , one big member of the Pterosaur.

The Tropeognathus moving around many place in South America, we learn about the habitat of Pterosaur by fellow its sight. And we will also see how did the Utahraptor  hunted Iguanodon.

It is a classic animatronic dinosaur sense design. 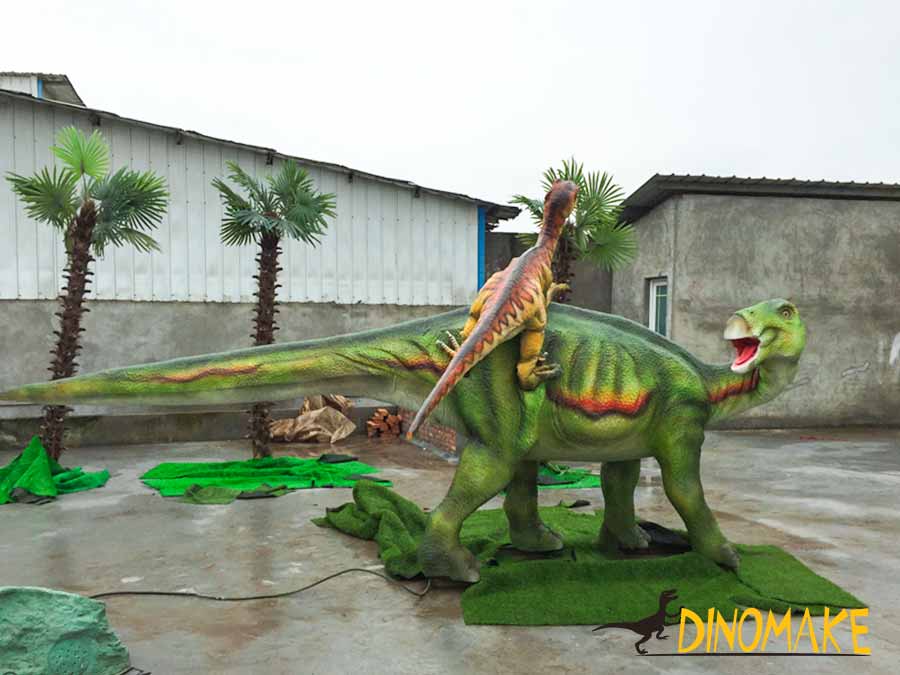 5th Spirits Of The Ice Forest

106 million years ago, Early Cretaceous. Now is the top of dinosaur age, dinosaurs spread all over the world, even the Antarctica. Leaellynasaura is a kind of dinosaur that adapted to the extremely weather in Antarctica. 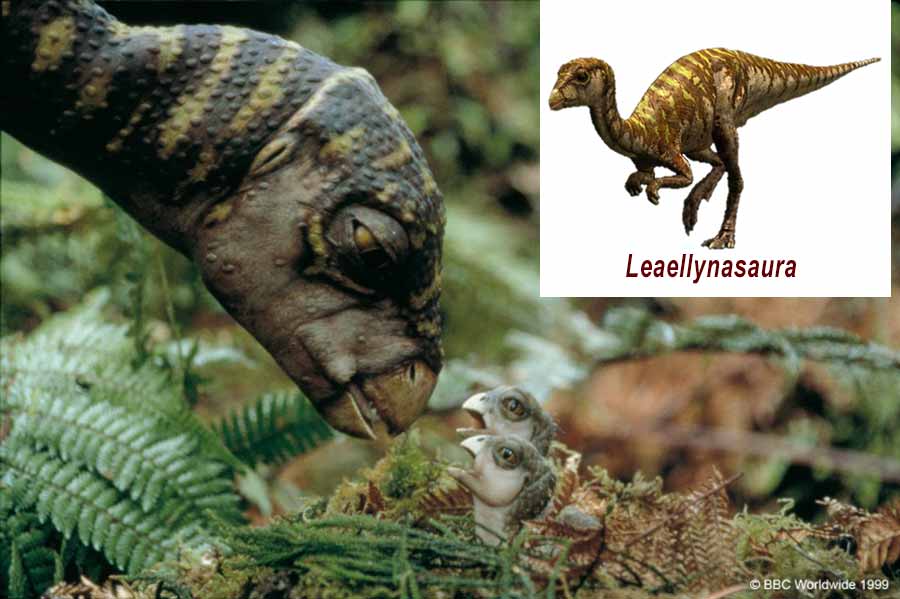 Leaellynasaura hiding in the warm center of forest during the winter, they won’t go out for food until spring coming. This episode mainly told stories about a group of  Leaellynasaura.

6th Death Of A Dynasty

65.5 million years ago, Late Cretaceous. Dinosaurs ruled the world for about 160 million years, but now their time is past away. Dinosaurs are dying out because of the influence of crustal movement, excessive volcanism and asteroid impacting. It is called Cretaceous-Paleogene extinction, many of the creatures on earth died out, including most of dinosaurs. Only one kind of dinosaur which we are familiar to survived from it—the bird . This episode will tell us how did it happened through stories of a female T-rex.

T-rex is top predator but their time is end now

The BBC documentary Walking with Dinosaurs have a huge positive effect on the spreading of dinosaur culture. And there also a animation film with the same name. The animation film told a story about Pachyrhinosaurus, the brave leading role – a male Pachyrhinosaurus in film even defeated a Gorgosaurus and broken its tooth.

Hope you will like the documentary and the film. We will keep provide interesting dinosaur information.