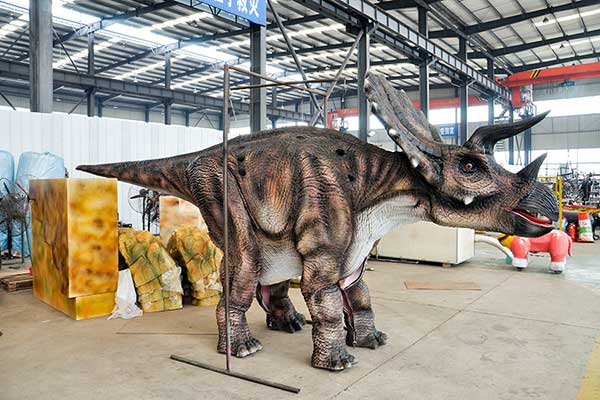 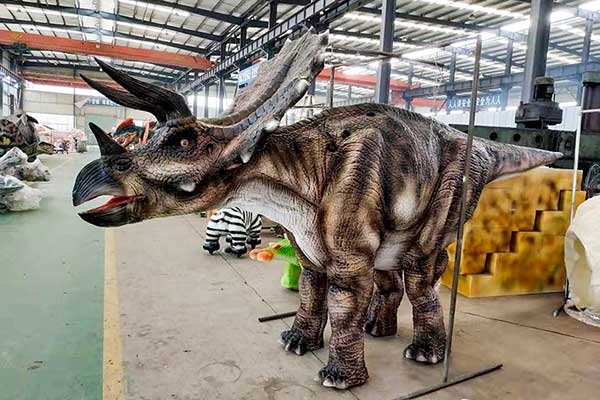 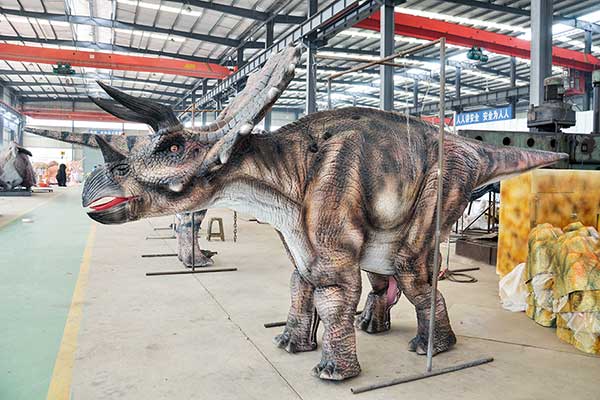 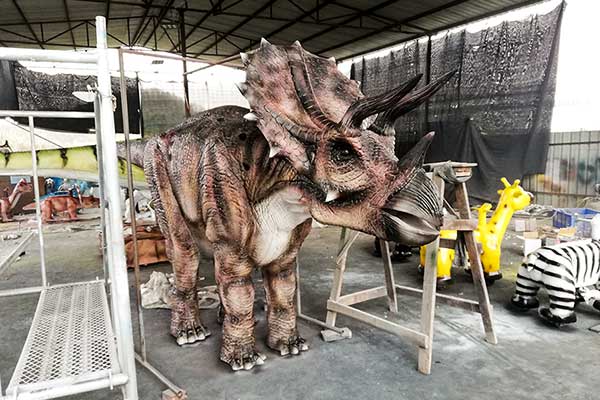 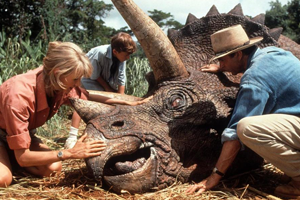 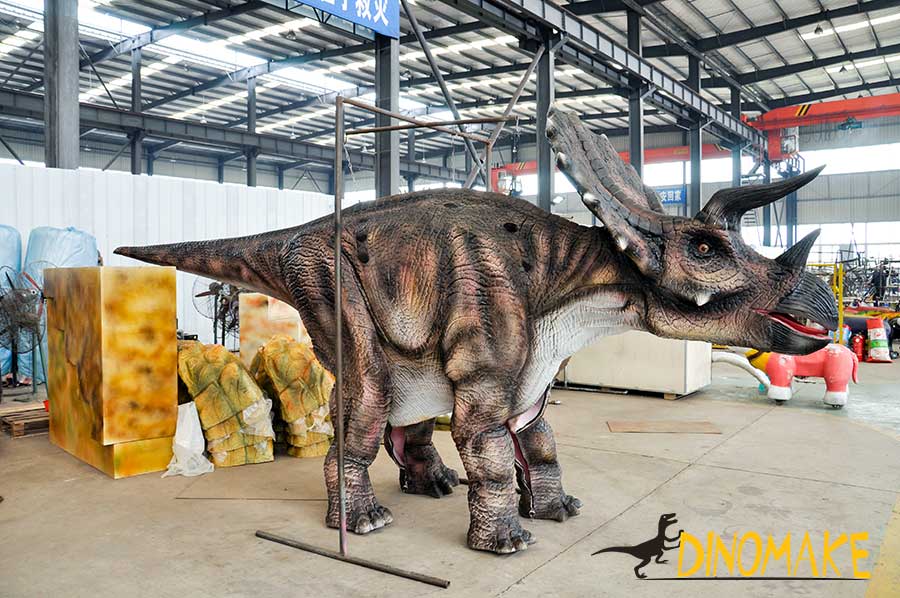 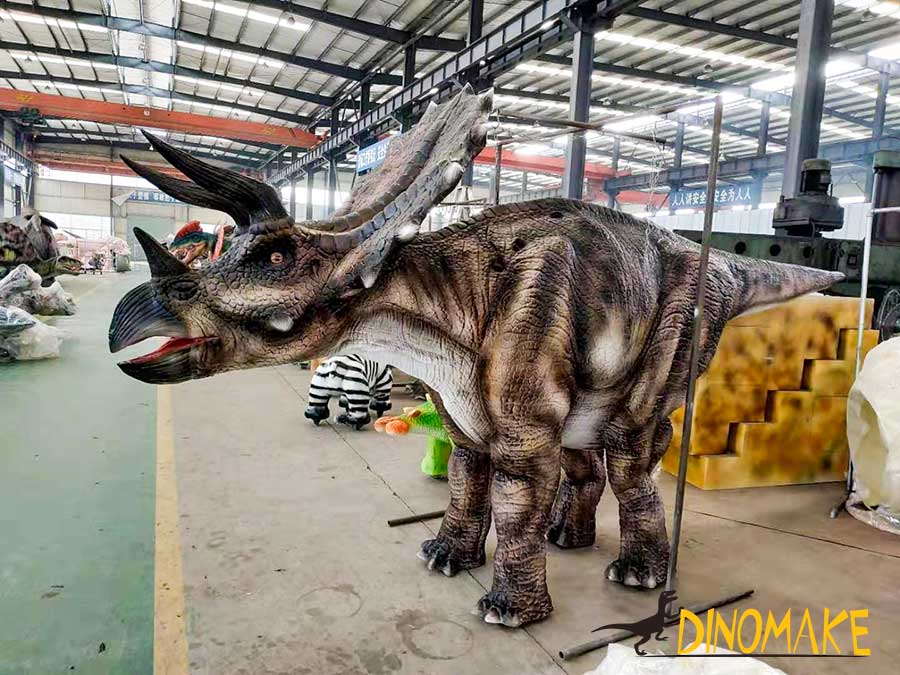 To meet the demand of the market, we decided to develop a new type of walking Triceratops costume. Two men will dress in a suit and walk upright. The front operator mainly controls the motions of the suit. After improving the Triceratops suit for several times, the final product is working well–not hot, lightweight and flexible.