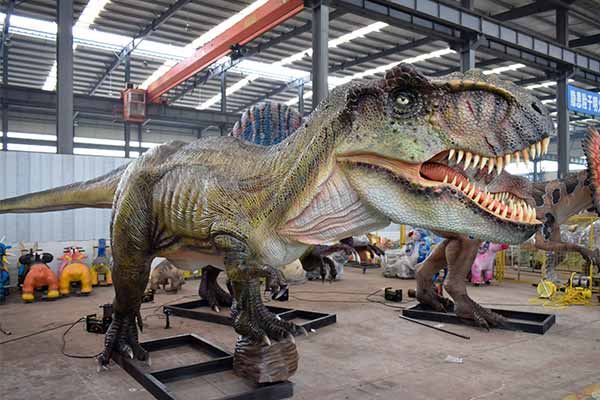 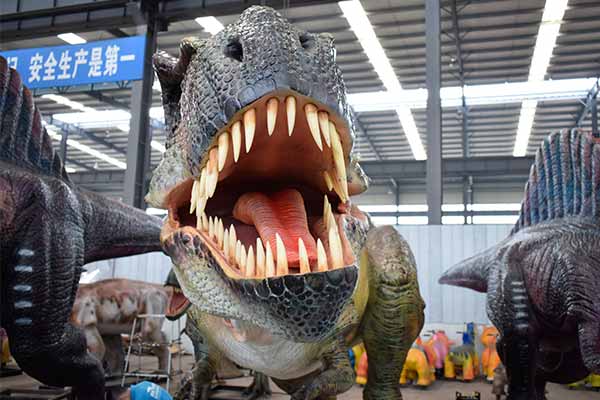 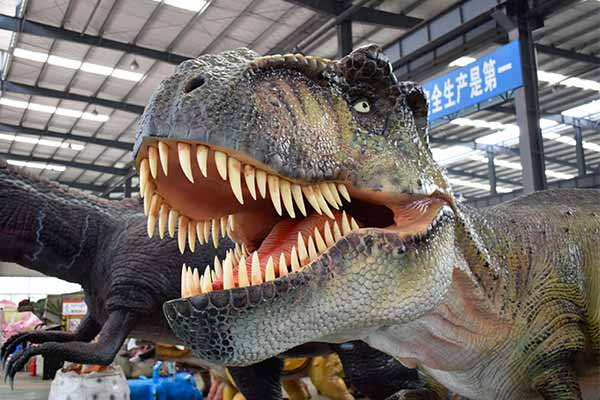 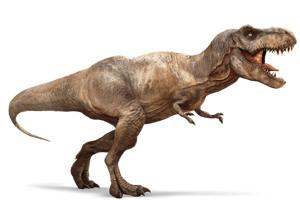 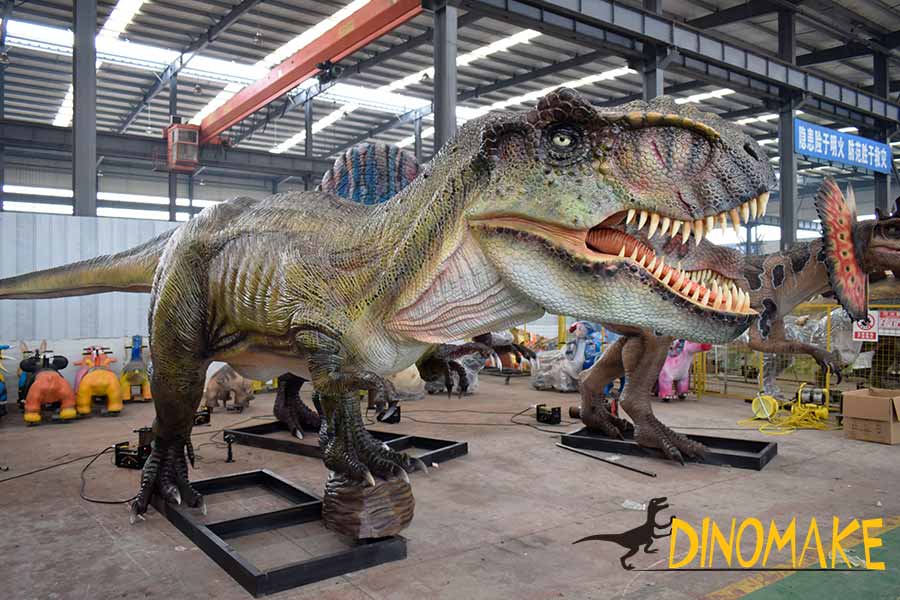 Realistic t-rex replica in the workshop 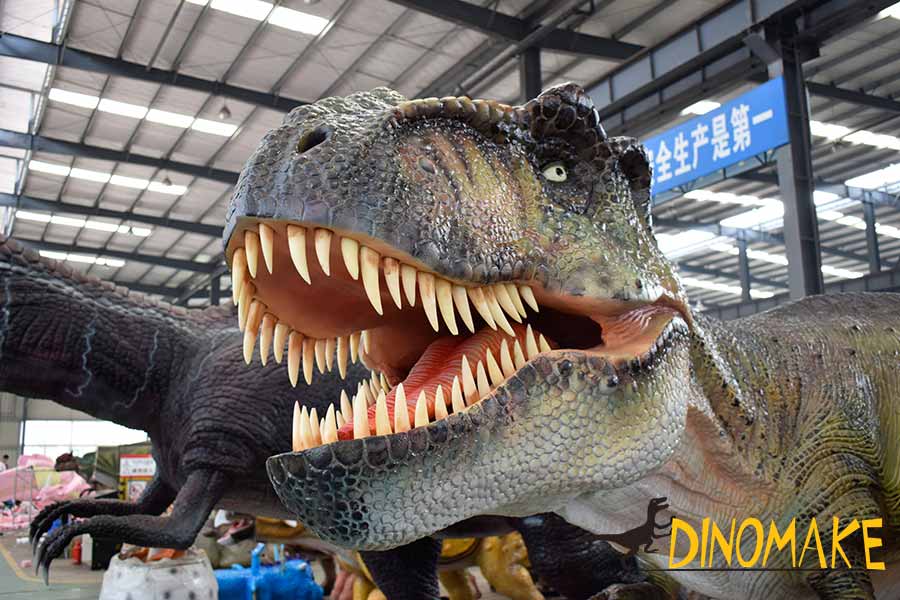 All the skin details are carefully carved and painted

Now Tyrannosaurus rex is one of the best-known dinosaurs because of the popular culture. T-rex is the absolutely leading role in Jurassic Park Trilogy and Jurassic World. 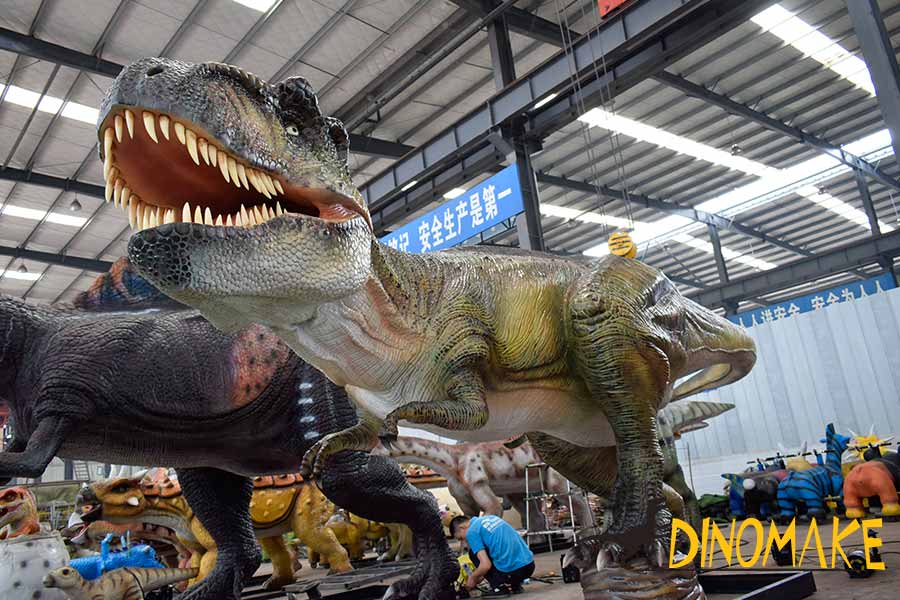 Our T-rex statues are robotic models rebuild from the scientific discovery of Tyrannosaurus fossils. Besides we also made t rex replica according to mass culture to meet the demands of the market. 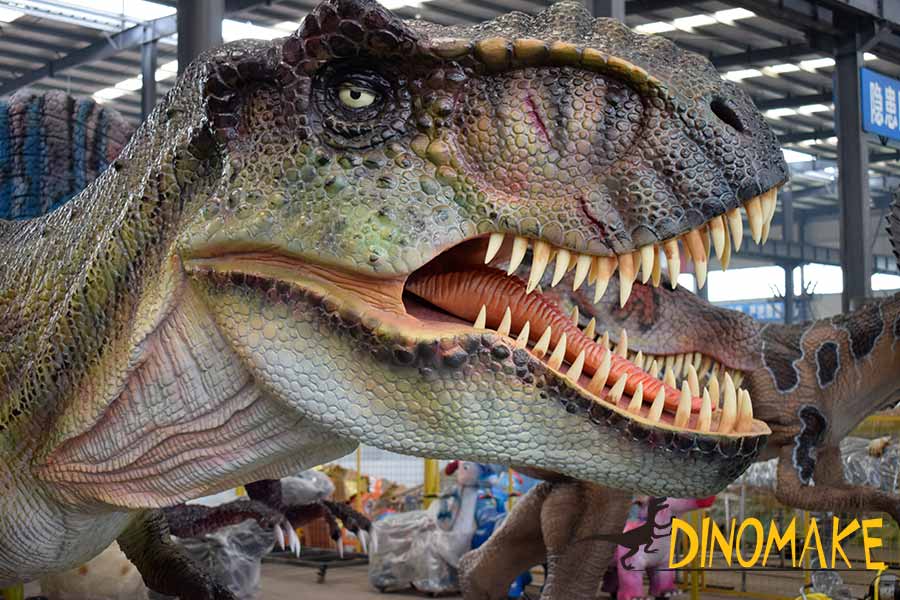 Even the scars are so realistic

Video of the t-rex