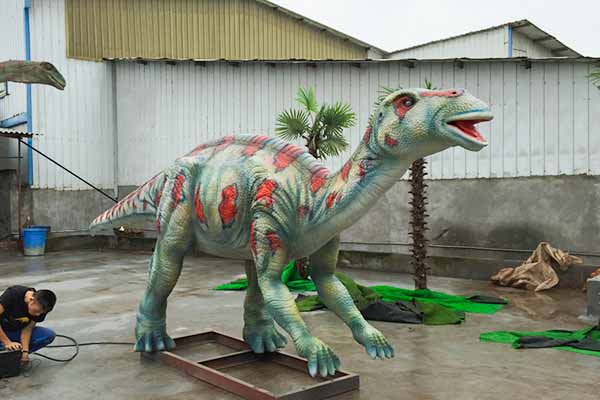 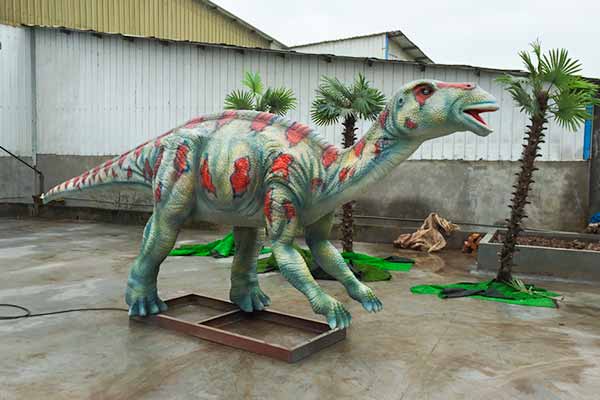 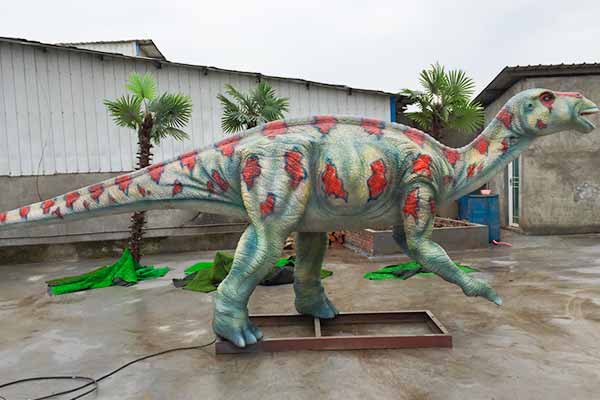 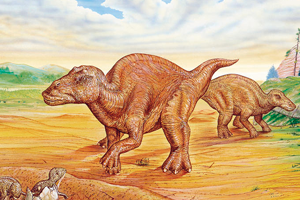 Wikipedia of Maiasaura
Maiasaura means “good mother lizard”, is a large herbivorous hadrosaurid (“duck-billed”) dinosaur genus that lived in the area currently covered by the state of Montana in the Upper Cretaceous Period, about 76.7 million years ago. The genus was named in 1979. The name refers to the find of nests with eggs, embryos and young animals, in a nesting colony. This discovery proved dinosaur will hatch their egg, unlike other reptile, turtle for example. 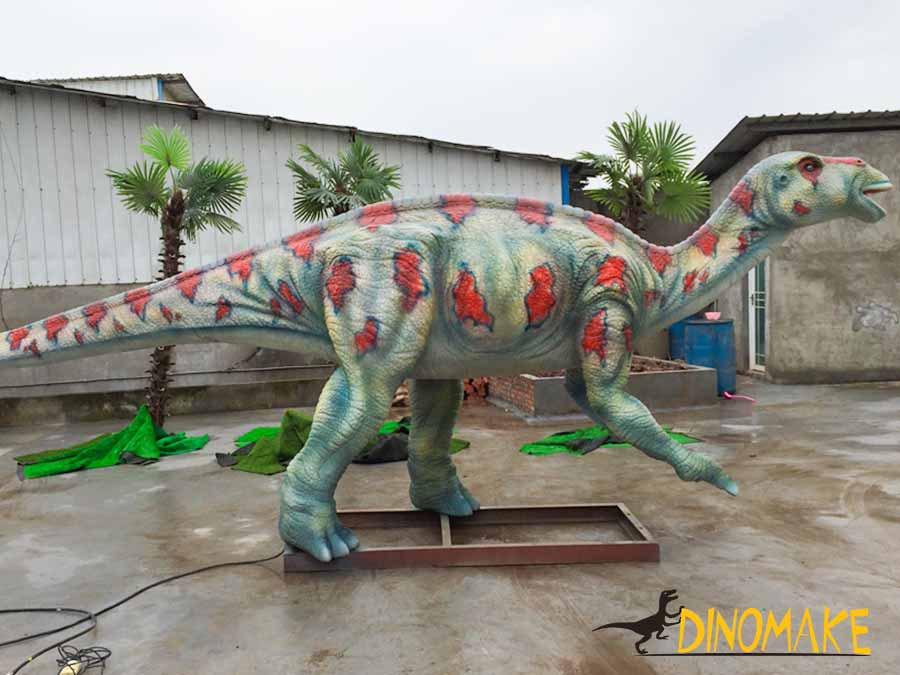 Maiasaura appeared in Michael Crichton’s famous novel Jurassic Park, but not appeared in the movies of the same name. However, it is well-known because of the “good mother” image. We don’t know whether the male Maiasaura mind it or not.

Animatronic Maiasaura we made are popular by audiences in the prehistoric museum and dinosaur theme park. It is an important exhibit to introduce the reproductive behavior of dinosaurs.