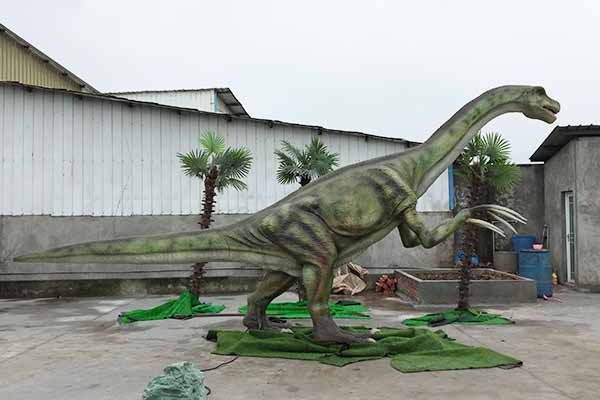 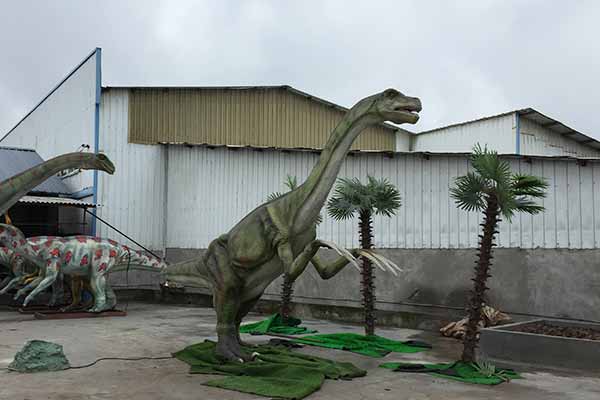 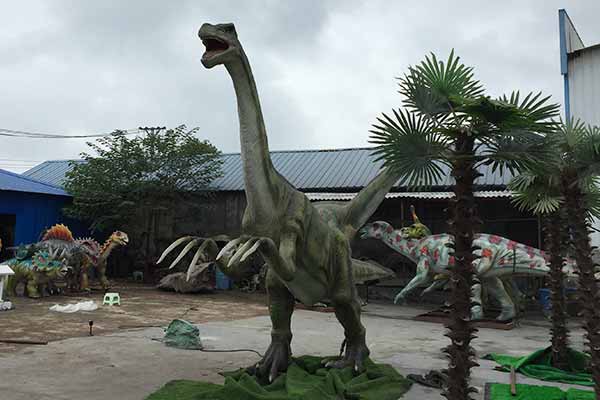 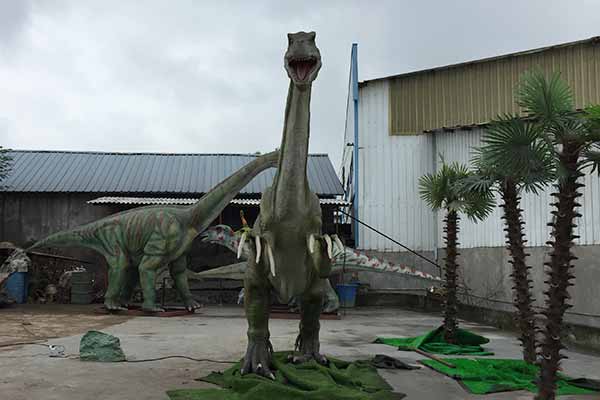 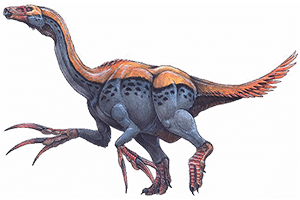 Wikipedia of Therizinosaurus
Therizinosaurus means “scythe lizard” in Ancient Greek, is a genus of very large theropod dinosaurs. Fossils showed it lived in the late Cretaceous period, about 70 million years ago. The most distinctive feature of Therizinosaurus was the presence of gigantic claws on each of the three digits of their front limbs. Although Therizinosaurus have a pair of horrible huge claw, they were most likely herbivorous. 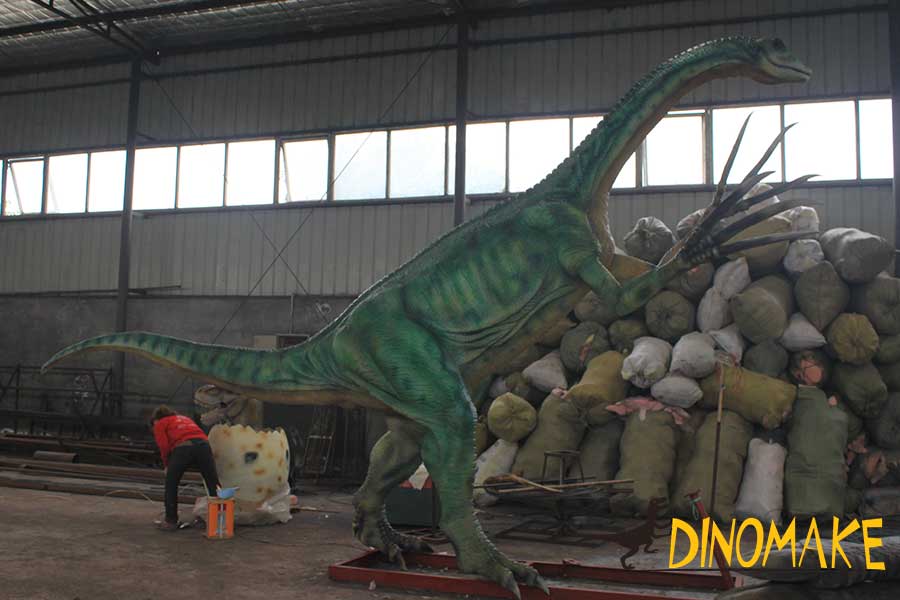 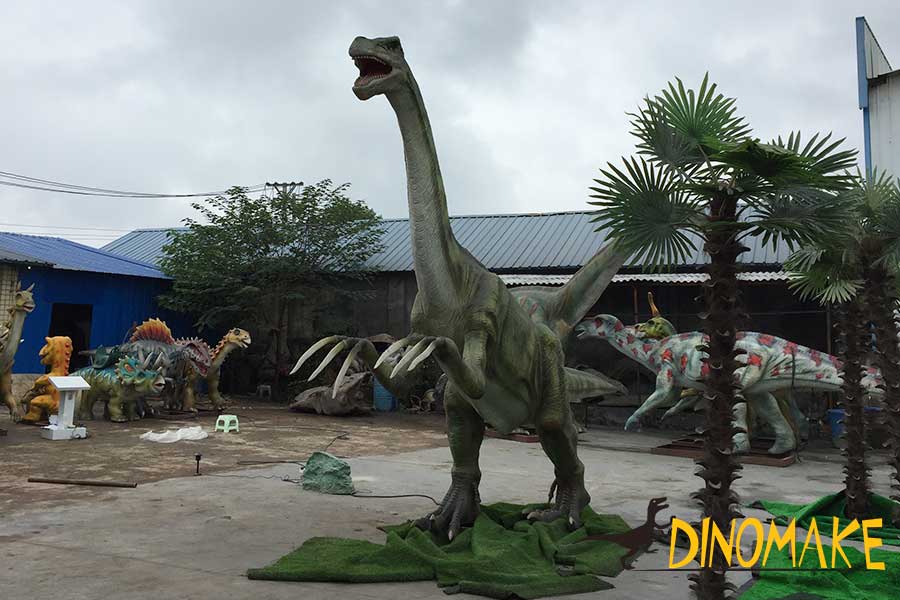 This special kind of dinosaur rarely appeared in films, but it is appeared in many museums because of their features.

Animatronic Therizinosaurus dinosaur is a robotic dinosaur statue we made according to the model recovering from Therizinosaurus fossil. Those dynamic and static statues popular by audiences of theme park, science museum, exhibition.