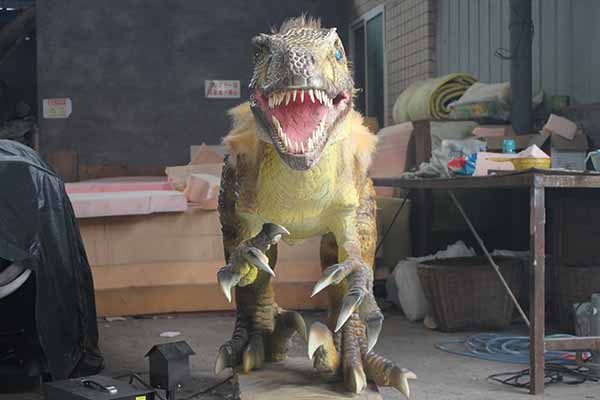 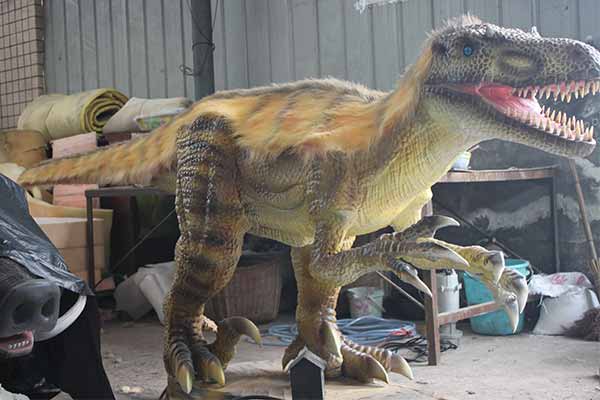 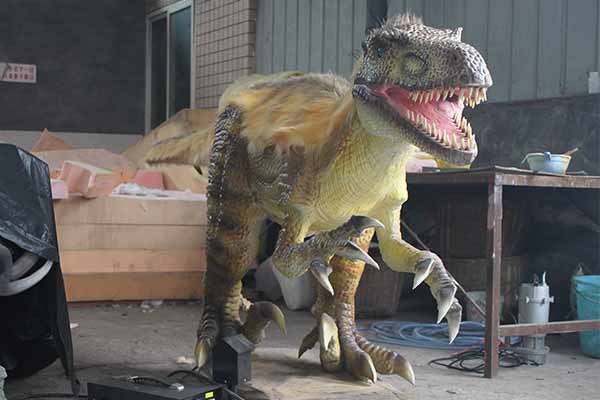 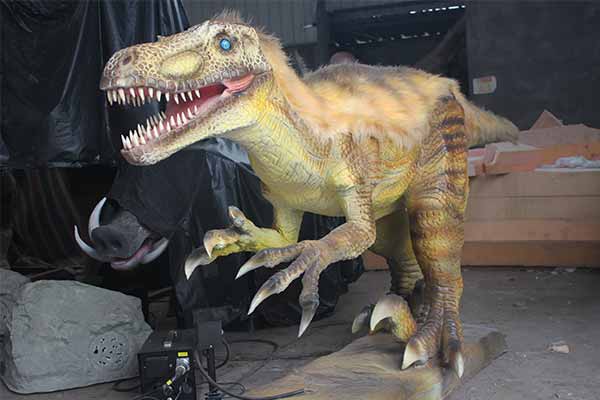 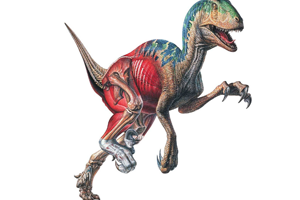 Velociraptor (“swift robber” in Latin) also called raptor, it is a genus dromaeosaurids carnivorous dinosaur lived in late Cretaceous period (approximately 75 to 71 million years ago). The fossil of raptor founded in Mongolia shows that it is small size (smaller than 2m, like a turkey) and feathered. 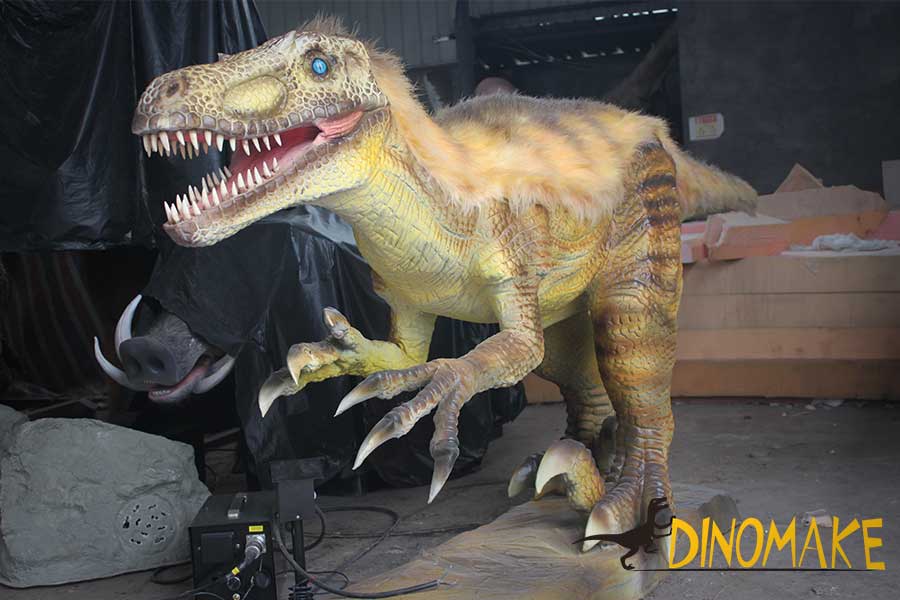 Robotic Velociraptor in the factory 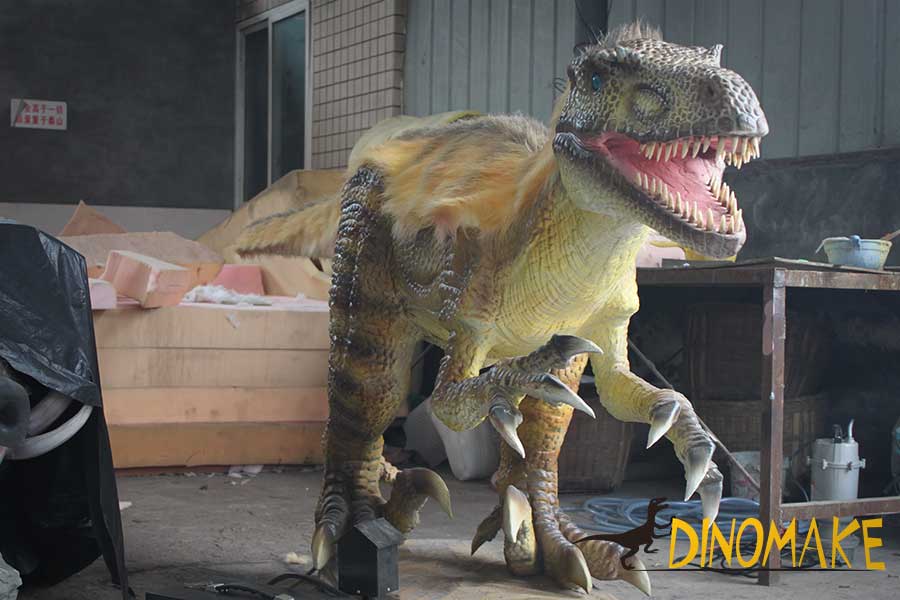 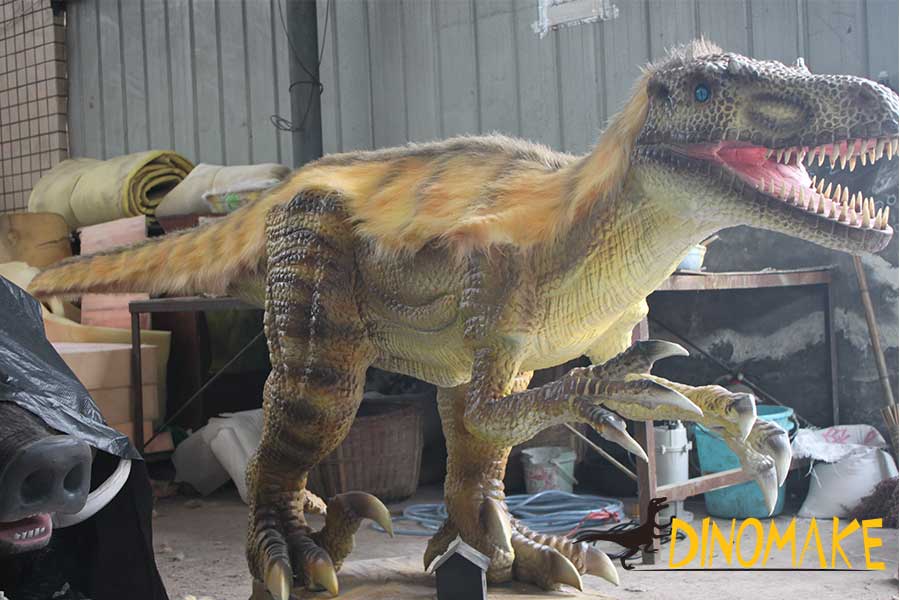 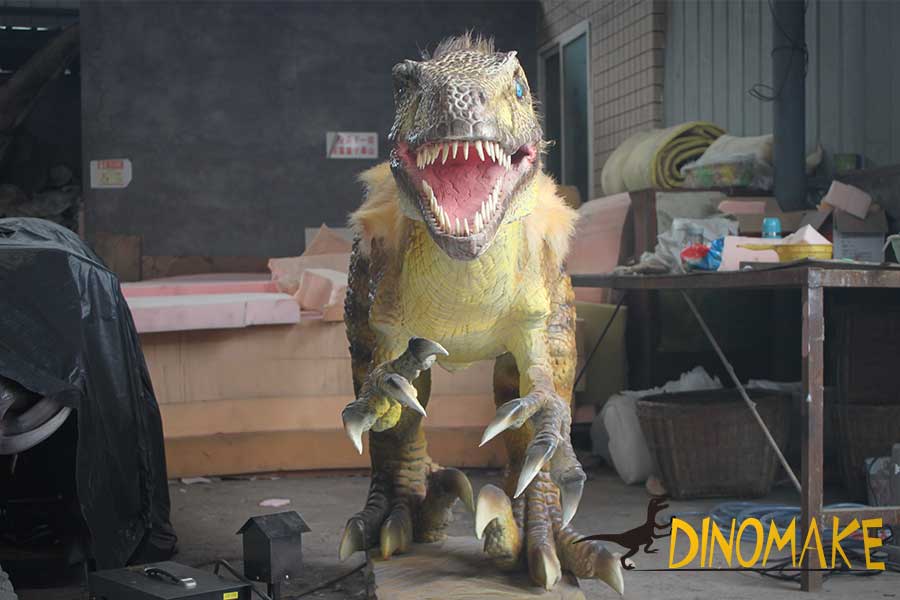