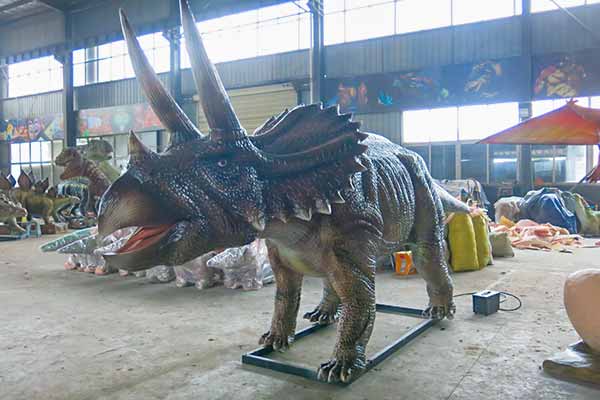 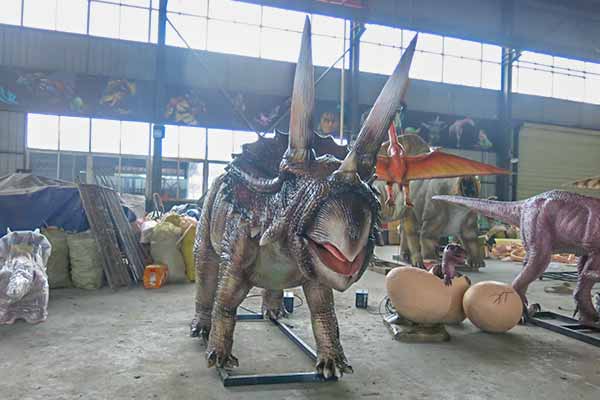 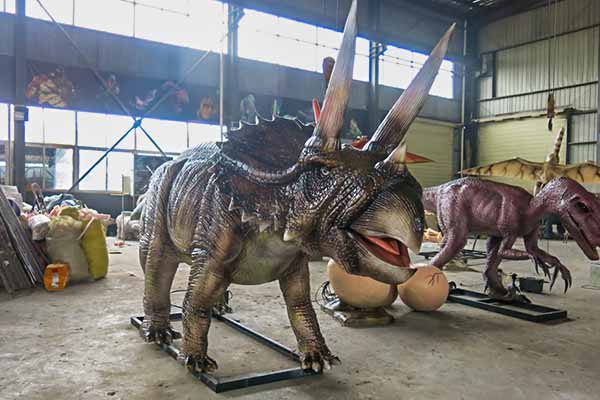 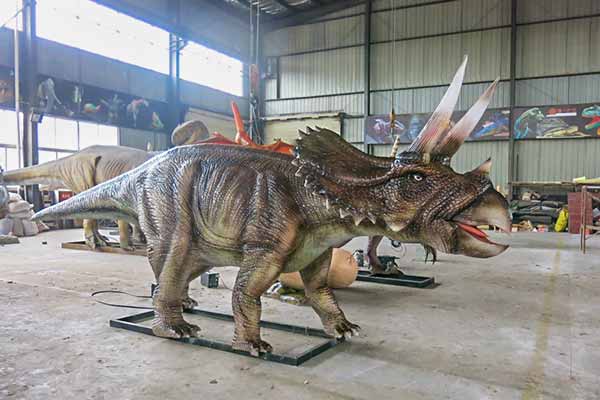 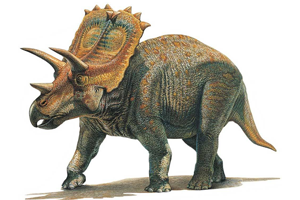 Wikipedia of Triceratops
Triceratops (derived from Ancient Greek word, which means ”three horn face”) is one of the most well-known Herbivorous dinosaur. Besides it is also the best-known member of ceratopsid lived in late Cretaceous period (about 68 million years ago). 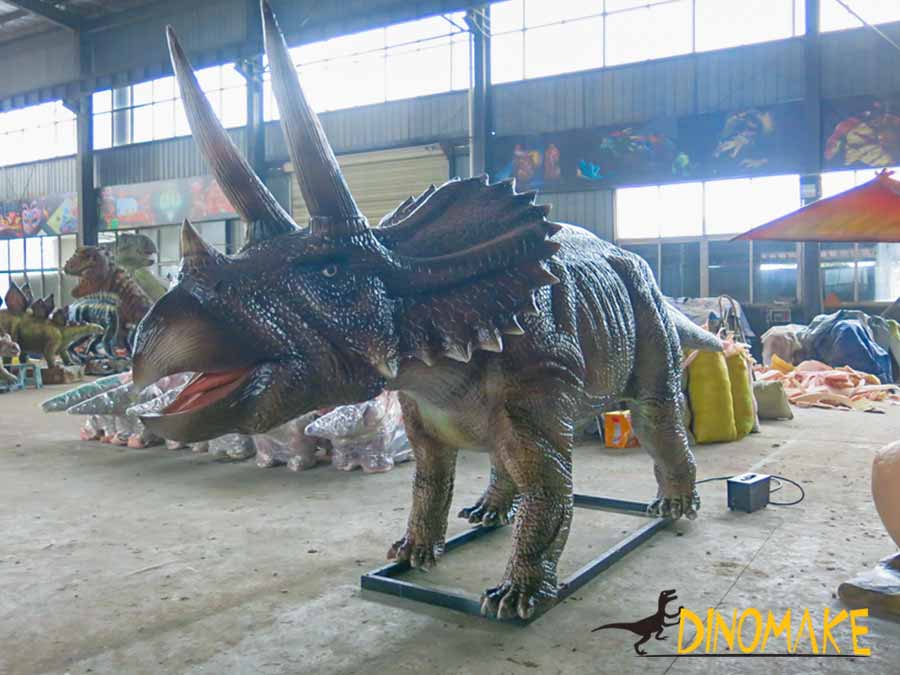 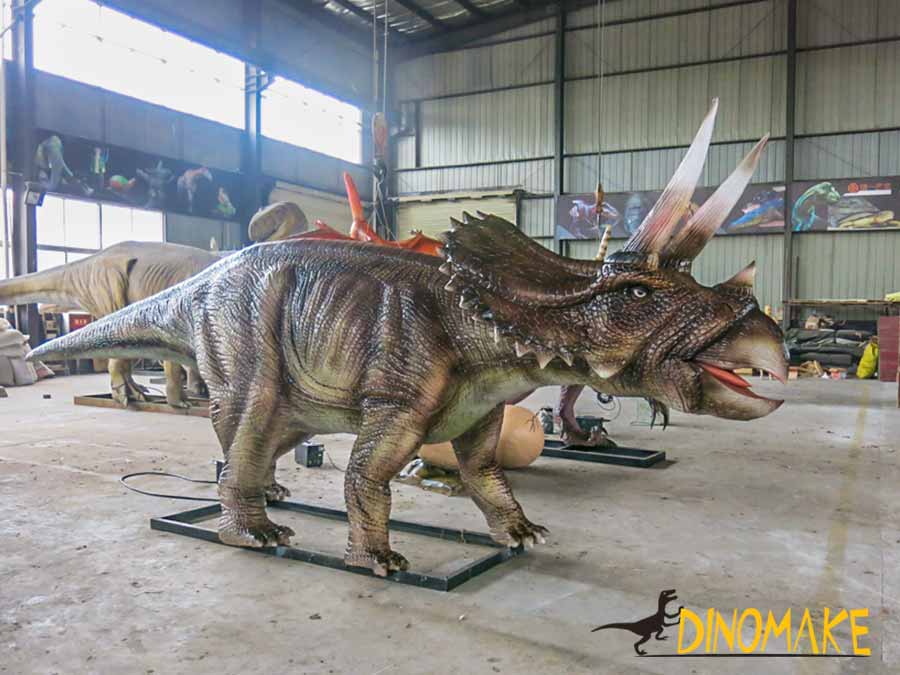 Three horns of Triceratops are the mark of them, horns are used as a defensive weapon against predators. Triceratops fight against Tyrannosaurus is a classical display scene in museums.

Robotic Triceratops is the robotic model of the triceratops. Our Triceratops animatronics are strictly made according to the scientific evidence of Triceratops. Therefore, they are widely exhibiting in the theme park, science museum, dinosaur exhibition, etc.