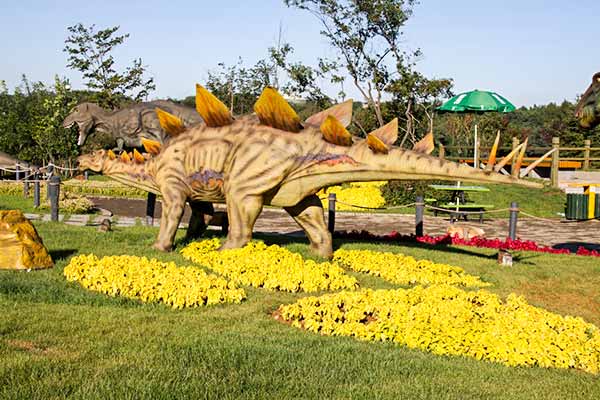 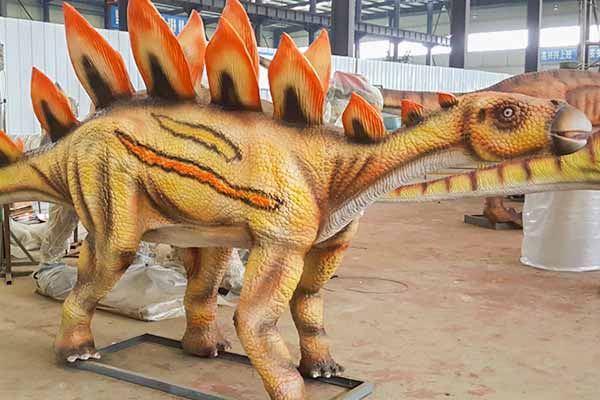 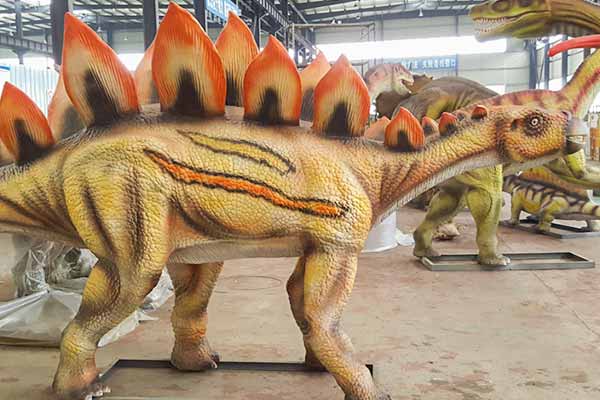 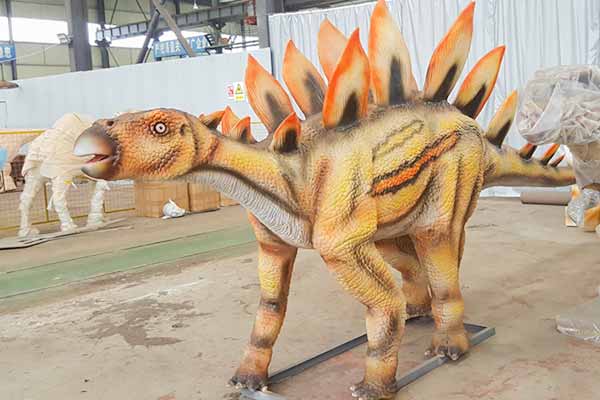 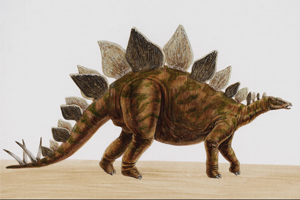 Wikipedia of Stegosaurus
Stegosaurus is a genus of herbivorous dinosaur, lived in late Jurassic period, about 155 and 150 million years ago. Stegosaurus are famous from their huge bone plates, spikes on back and tail. Stegosaurus lived alongside dinosaurs such as Brachiosaurus, Diplodocus, Allosaurus and Ceratosaurus. It is about 9m (29.5 ft) in length, but compare with huge herbivorous quadrupeds we just mentioned, it is not a large one. To fight against large predators, Allosaurus for example, it most likely use its spiked tail as weapon. As for bone plates, it may use them to adjust body temperature. 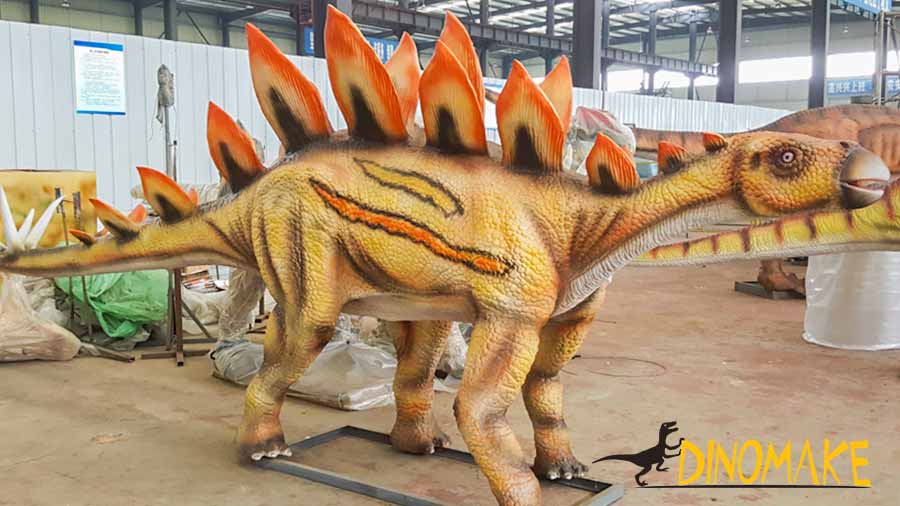 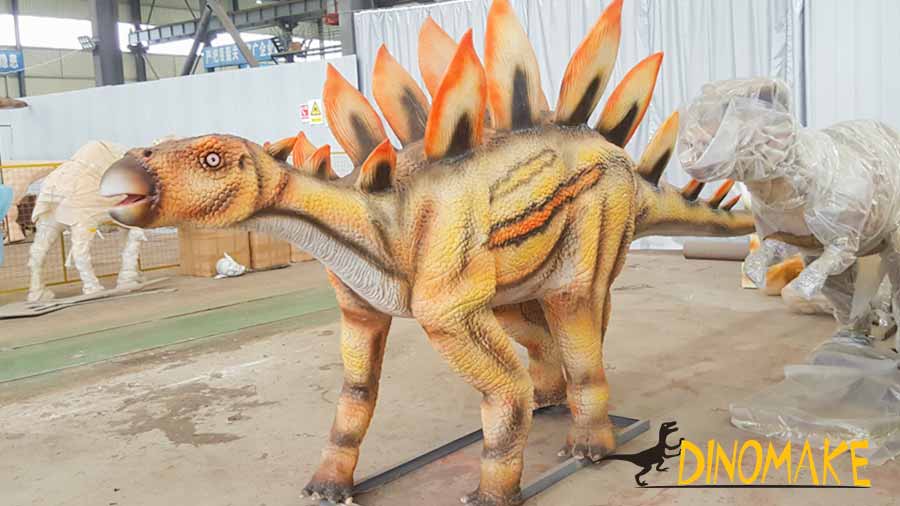 As one of the most recognizable dinosaurs, Stegosaurus has appeared in many films, comics, and documentary. In film Jurassic Park 2, Stegosaurus was one of the firstly appeared dinosaurs. It also showed on documentary-Walking With Dinosaurs. Besides, the design of Godzilla had adapted some obvious features of Stegosaurus, for example, the bone plates and spikes.

Animatronic Stegosaurus made by us is a robotic statue of it. Those dynamic or static Stegosaurus statues are widely exhibiting on the theme park, museum, exhibitions, traveling shows, etc. 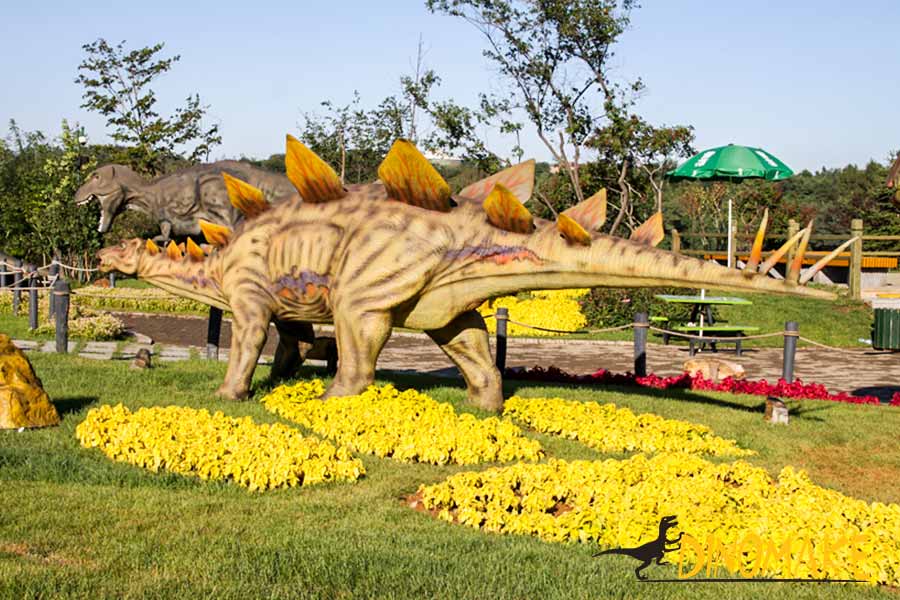