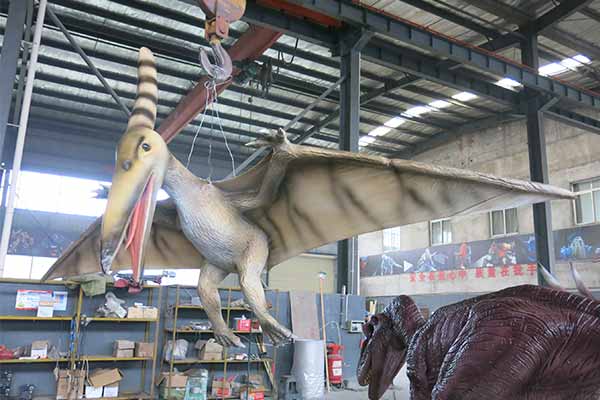 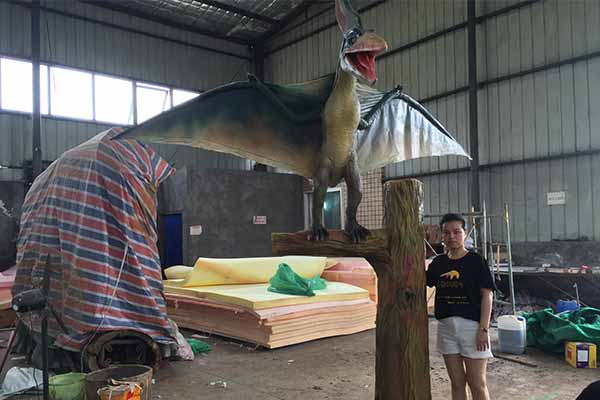 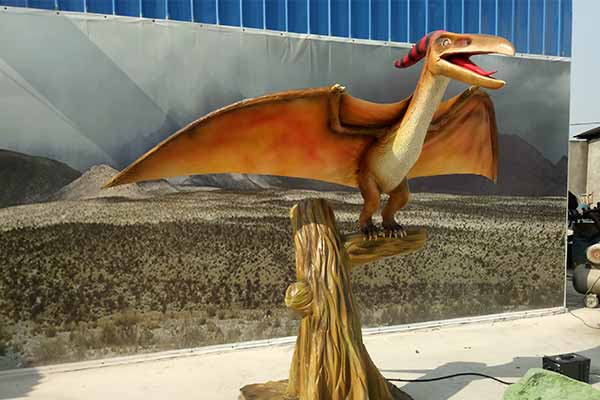 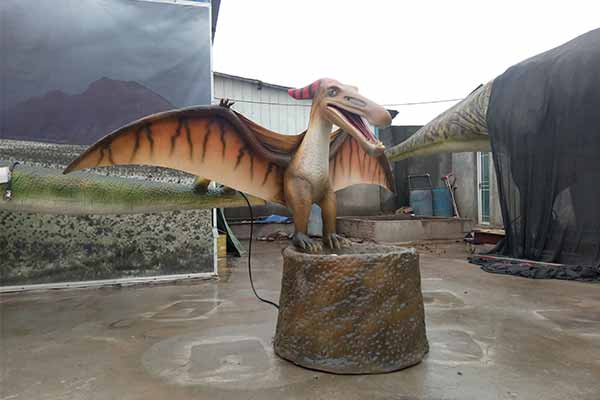 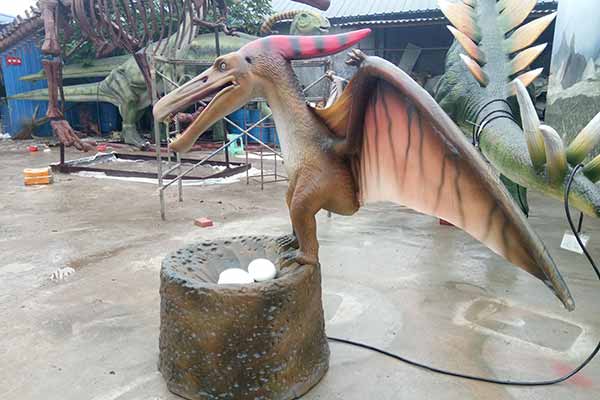 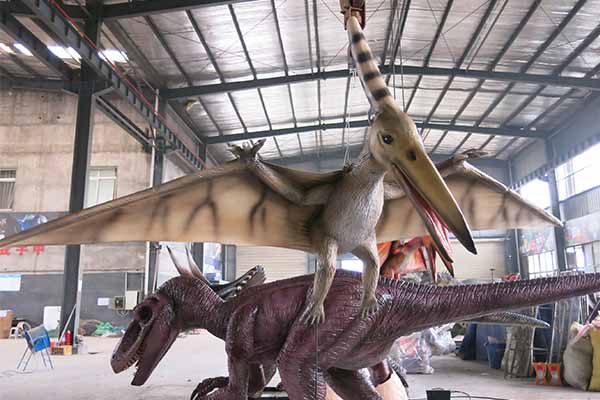 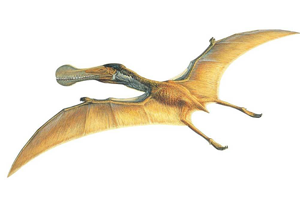 Wikipedia of Pterosaurs
Pterosaurs meaning were “winged lizard” in Greek. They were a kind of flying reptiles. This kind of lizard lived in late Triassic to late Cretaceous, about 228 to 66 million years ago. Pterosaurs are the earliest vertebrates known to have evolved powered flight. Their wings were formed by a membrane of skin, muscle, and other tissues stretching from the ankles to a dramatically lengthened fourth finger. The size of Pterosaurs is in great difference. Size of the smallest is just like a bird, but the largest one have a wingspan over 12 meters (39ft). Some people might think Pterosaurs are “flying dinosaurs”, in fact it is in a independent order. 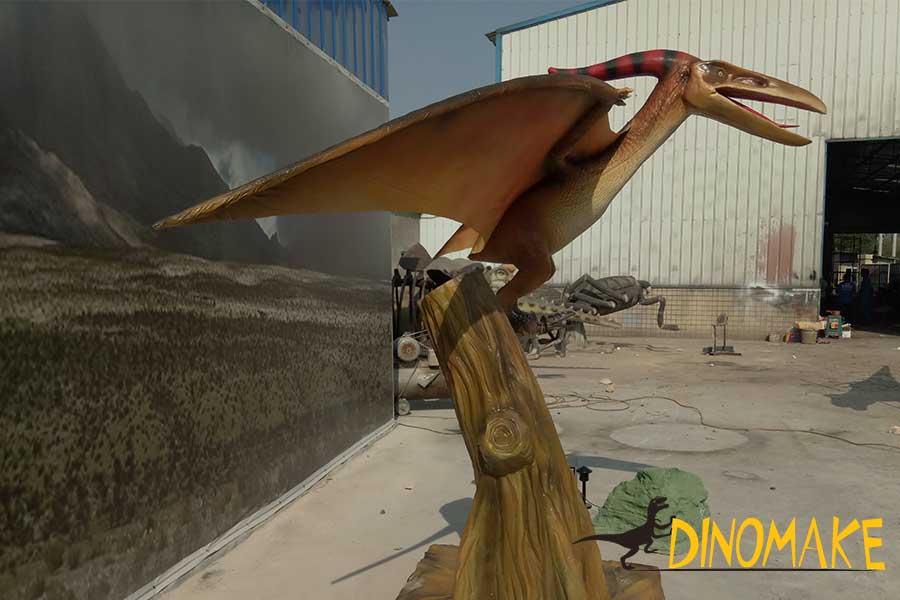 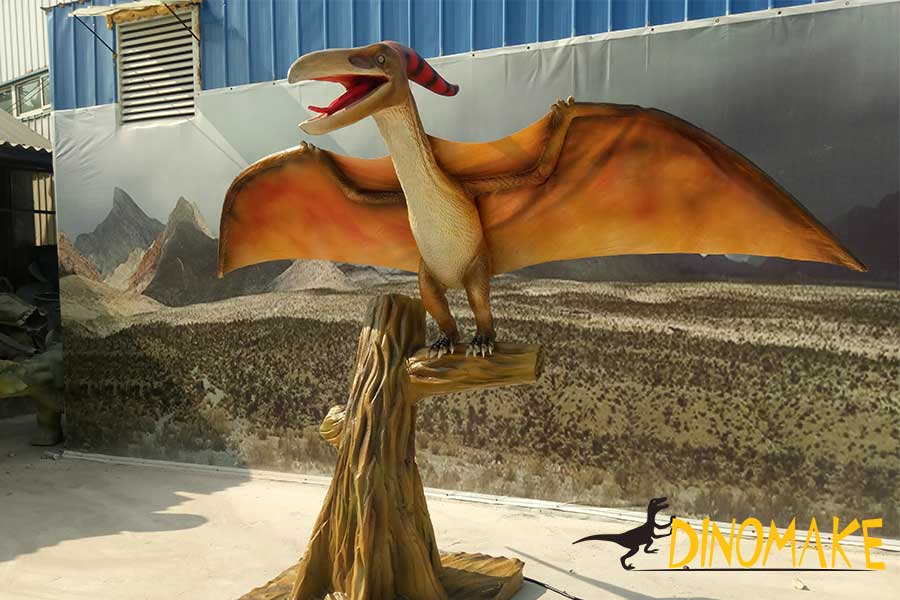 Animatronic Pterosaurs statue we made including many genus of them. Those robotic  Pterosaurs replicas are widely exhibiting in the theme park, museum, exhibition, etc. 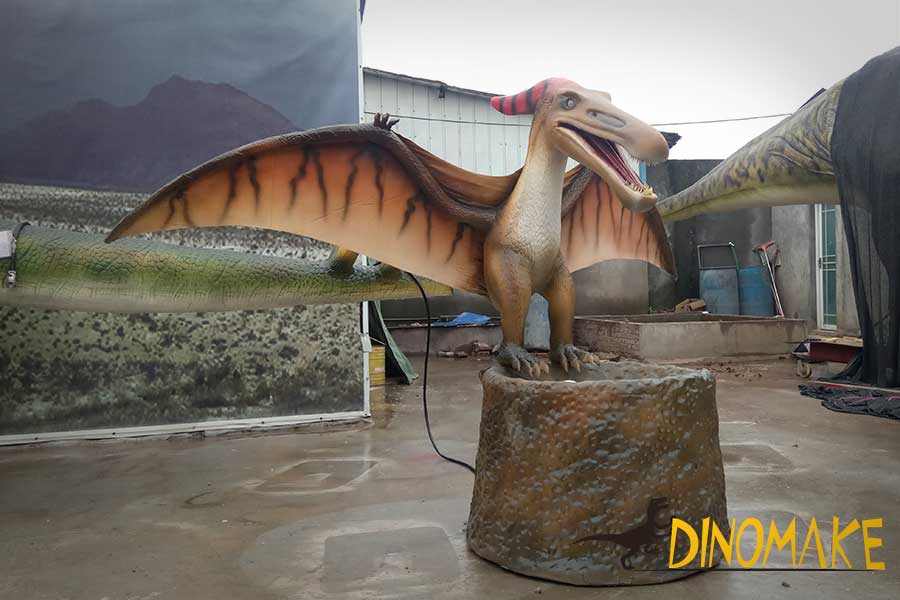